During the launch of TUV3OO, Mahindra has confirmed that they will be the introducing new range of petrol engines which are co-developed with SsangYong!

Mahindra has launched their much-awaited compact SUV - TUV300 and also confirmed that they will be launching their first-ever in-house developed petrol engine with the upcoming S101, it will be a 1.2L unit. The S101 is next in the pipeline and will enter this year. The company says that the new range of gasoline engine will feature three engine options - 1.2L, 1.6L and a bigger 2.0-liter motor. There is no info as of yet, that whether the engines will be turbocharged or naturally aspirated. 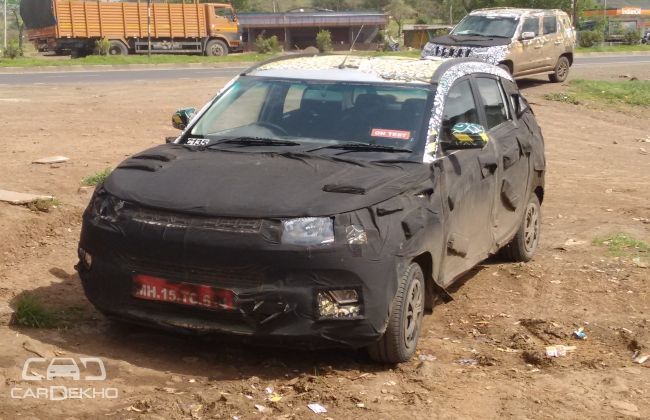 Speaking of the S101, it is also a sub-4m vehicle but unlike the TUV300 which looks like an SUV, S101 appears to be a crossover just like the Renault Kwid. Prices of it are expected to be in the range of 4-6 lacs and will share plenty of features with the recently launched TUV300. Moreover, apart from the new 1.2-liter engine, S101 is expected to feature this 1.5L mHawk80 diesel that debuted with the TUV300 today, maybe in a little-detuned state. Expect it to feature AMT gearbox with the engine options.

A couple of months earlier we spied the S101 along with the U301 aka TUV300 (launched) near Nashik and it was looking production ready.