Mahindra still edging ahead of Tata 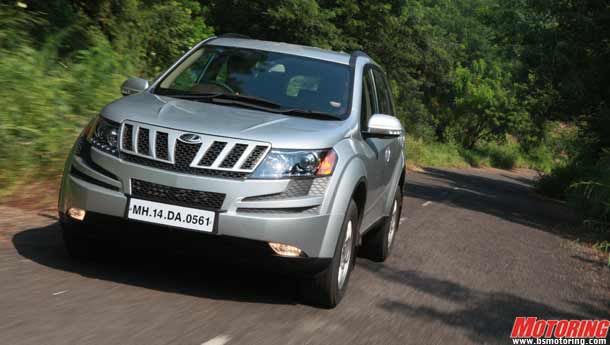 Utility vehicle market leader Mahindra & Mahindra has maintained its lead over Tata Motors despite the latter taking a series of steps to regain the third spot.

At a little more than 158,000 units sold in the reporting period, M&M extended its lead over Tata Motors, whose sales stood at 151,727, with Maruti Suzuki remaining at the top, followed by Hyundai, according to the data given by the Society of Automobile Manufacturers Association.

Both companies are present in every segment of the market except for M&M's absence in the small-car space, where it is selling the recently-launched compact utility vehicle Quanto.

While M&M's wide diesel presence helped pushed sales higher, Tata Motors struggled with its range despite launching several promotional offers and discount schemes with the onset of the festive period.

The all-new Safari Storme, a face-lifted Indica with a price reduction of Rs 23,000, a limited edition version of the Nano and the new Manza Club Class were introduced by the Mumbai-based company over the last few weeks to cash-in on the festive demand.

Like most other auto makers Tata Motors too launched a host of discount offers on its passenger vehicle range ranging from 5-10 per cent of the value of the vehicle.

Other schemes included financing deals offered lower than the those charged by banks for auto loans.

Tata Motors lost the third position to M&M in the first quarter of this year but managed to claw its way back in the month of July to reclaim the spot. However, in each of the subsequent months Tata Motors lost to M&M again.

Tata Motors chairman Ratan Tata at the annual general meeting had called for introspection over the company's dismal performance in the domestic market, ceding its position as the third largest passenger vehicle maker to M&M.

Its newly appointed managing director Karl Slym, however, has said that the target is not only to regain the third position but to also become the top car manufacture in India dislodging Maruti Suzuki. The company has committed six launches over the next year including face-lifts and new launches.

Pravin Shah, chief executive, Automotive Division, M&M said in a statement, “We are thankful to our customers whose support and acceptance of all our newly launched products has been instrumental in achieving our all time high monthly sales during October 2012”.

M&M have seen bookings of more than 5,000 units for the Quanto, a compact seven seater utility vehicle, since its launch in September. The company has also increased the production of the XUV 500 to 5000 units per month to reduce the waiting period on the vehicle.

An analyst said, "Tata Motors has just launched the new Manza and the Storme, so their numbers will start to show this month. But the delay in launching the CNG and diesel powered Nano has hit the company adversely. Whereas M&M is expected to be ready with the compact Verito and ramp up production of the Quanto".