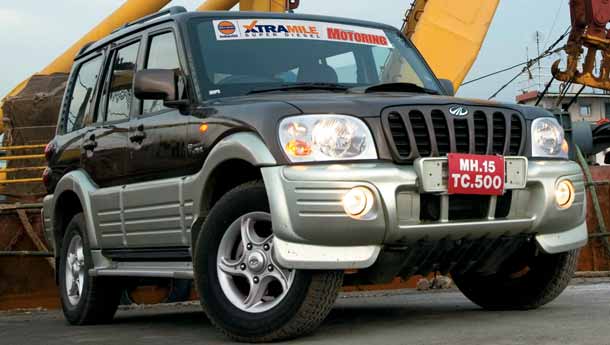 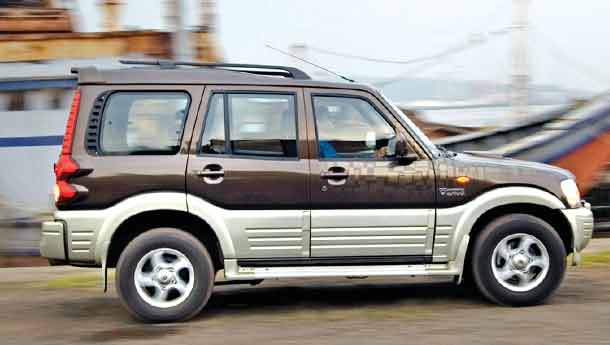 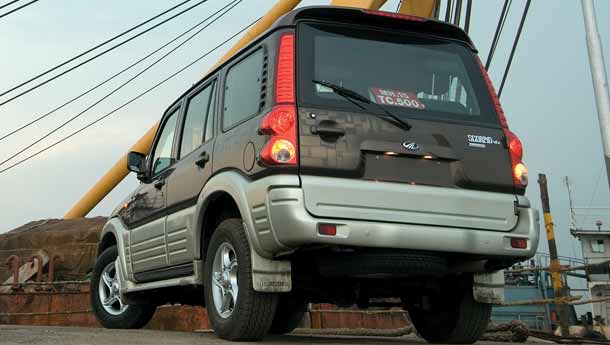 Iam all for the automatic Scorpio. I know it’s kind of jumping the gun, but there is a reason for it. If you have driven the manual Scorpio and keep your left hand on the gear lever – let’s say while idling – the vibes that emerge from the lever can eventually disengage your arm from the socket. That too, accompanied by a vibrating sound that’s nothing but your wristwatch trembling in fear. Now that does not happen in the new Scorpio 2.2 mHawk Automatic. Now you get what I mean? Of course, that’s not reason enough to arrive at a decision on a car. Still, that’s round one for the new Scorpio variant. Initially – even before getting behind the wheel – I thought that the automatic gearbox was completely needless, and would sap away the driveability of the mHawk. But I was in for a surprise.

You see, the 2.2 mHawk engine is quite a rorty power unit. With 120 bhp at 4000 rpm and 29.6 kgm of maximum torque developing between 1800 and 2800 rpm, it has quite an amount of oomph to propel the big SUV. Sure, Mahindra engineers are confident it can make more power, but for our applications, this was deemed enough (Psst, this new automatic gearbox can handle up to 34 kgm of torque). With a manual transmission, the mHawk is quite at home both in the city as well as on the highway. In second gear for instance, it feels it will last till kingdom come. Now with an automatic, that too, a six-speed unit, the Scorpio mHawk’s nature has become even more friendly. With six gears to apportion the engine’s output, the Scorpio Automatic is actually a better machine to drive. Yup.

Though the tall gear lever takes some time to get used to and there is no indication in the instrument panel that tells you which gear mode you are in, it doesn’t affect proceedings. That’s because your left hand will develop enough ghost memory to shift without P, R, N, D or M flashing on the console. The reason why there is no display is because it has something to do with a unique CAN communication isolated to just the engine and the transmission. And according to Mahindra engineers, the cluster is not yet ‘CAN enabled.’ Anyway, it will be introduced in some time.   To test how driveable the automatic mHawk really is, I took it to some ridiculously crowded, narrow streets where even the pedestrian movement is stop-and-go. If that’s no test of driveability in the city, I don’t know what is. No problem. Stick it in D and keep crawling. If the automatic is sapping power from the engine, well it doesn’t seem so. The car is perfectly calm in bumper-to-bumper traffic conditions and there is always torque readily available for filling that gap in the traffic before that huge concrete mixer does. Now that’s a tribute not just to the new gearbox, but to the engine as well as turbo-lag is not that apparent and gobs of torque is available for you to tap in no time.

And once the traffic clears and you have some clear stretches, you can let the Scorpio automatic rip. The drivetrain doesn’t seem to even pause for breath, as all that kgm and bhp help move the mass of the Scorpio effortlessly. The shifts between the gears are decently spaced, and that really makes it much more driveable than the manual version. You’ll best appreciate this between traffic signals. Okay, the Australia-sourced gearbox may not be too high-tech, but somehow its industrial-spec nature goes well with the Scorpio and the mHawk motor. Remarkably, if you don’t pay attention, you will never realise the gears shifting. Now that’s again a strong benefit compared to the manual, which somehow jerks a bit no matter how smoothly you release the clutch. In point of fact, the engineers at Mahindra were briefed that the driveability of the car should not suffer with the automatic tranny. So after several trials, the R&D team arrived at a suitable pedal mapping for our driving conditions and did the requisite changes in the ECM. Lo and behold, a Scorpio automatic that’s at ease in day-to-day traffic. The automatic Scorpio has also been through evaluation for its new cooling system in Australia and Spain and has been through trials in Switzerland and South Africa as well. So now you know Mahindra is quite ambitious about this drivetrain. Will it find its way into the Ingenio MPV? Stupid question.

Put to the test, the Scorpio automatic widened our eyes with its performance. Inside the six second mark for the 0 to 60 dash and a little over 15 seconds to attain the century mark is pretty decent for an almost two-tonne SUV. But what surprised us is that when we got back to office to compare the timings with the manual mHawk – the automatic was substantially quicker! Now that’s because the manual we tested was fresh off the assembly line and the engine had yet to loosen up. Still, there is no arguing that the automatic mHawk does not shrink from being quick.   On the highway, the mHawk auto is a decent cruiser and you can keep at a steady 100-110 kph and munch all the kilometres that are keeping you from your destination. For overtaking trucks, you really don’t need that M slot on the gear console, as the engine is torquey enough for you to simply press the throttle pedal and push forward. However, when it comes to the crunch, you can downshift to M which allows you to overtake that much more easily. The M function also allows for engine braking – useful if you want to tackle inclines and descents. The mHawk auto also features W (winter) mode for driving on slippery conditions, but that’s only if you’re crossing over to the Nubra valley in November. Speaking of which, Mahindra is NOT introducing a 4x4 mHawk auto!

The ride quality on this test vehicle was in fact better than that of our long-term mHawk. We have no idea why! The handling of the Scorpio is somewhat better now with the lighter mHawk engine up front, but its braking is still dicey. The pedal feel is not good while the brakes don’t seem to exhibit any urgency. Thankfully it comes with ABS in the VLX version we tested, we strongly recommend that Mahindra offer ABS in other variants as well – at least as an option.

Okay, so what are the damages like for the Scorpio automatic? Though Mahindra was yet to launch the car and announce the price, we estimate it to be priced around Rs 11 to 11.5 lakh. It is not exactly cheap, but the benefits of the automatic, to me, nearly outweigh those of the manual – including fuel consumption. It makes the Scorpio somewhat more civilised and user-friendly. So don’t blame me for jumping the gun.