Mahindra’s compact SUV, codenamed S101, is being tested extensively all over the country before the launch set to happen in 2015. Going against the likes of Ford EcoSport, the S101 is based on a monocoque platform and we caught the car testing in Chennai, completely covered. The car, still in the early prototype version, sported dummy headlamps and tail lights. And the dashboard too, or the lack of it, was covered. The front seats seem to be bench type but we weren’t able to snap a picture. 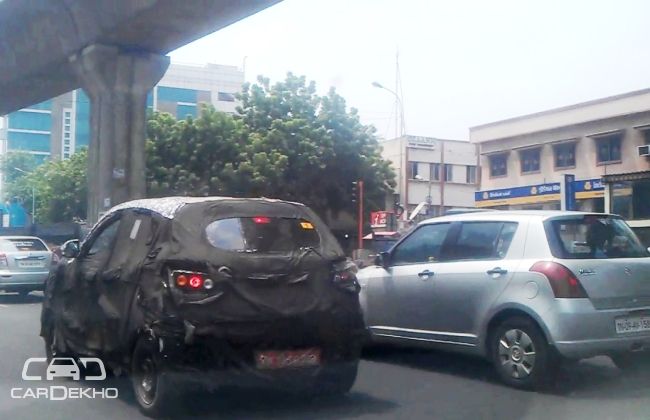 As seen in the picture, we can guess the overall size of the car when driving next to a Maruti Suzuki Swift. The car looked a bit stout, with a tall body and shorter length (under 4 meters), but still a long way from the complete design. 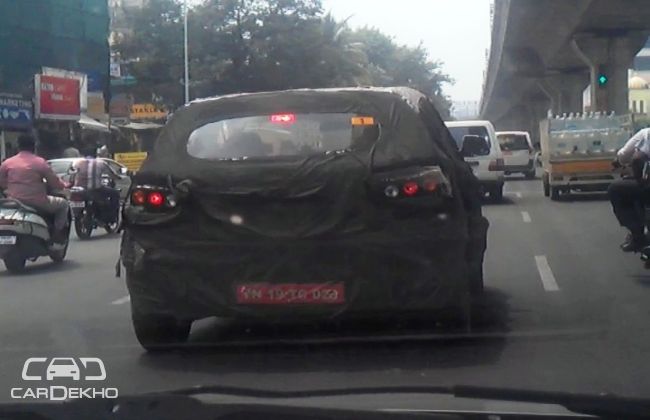 The S101 will be one of the compact SUVs that Mahindra has planned. There will be a total of three compact SUVs, S101 being one and another will be the facelift of the Quanto. Not much is known about the last model but we can expect a totally different lineup with the design of the cars. Watch this space for more information.