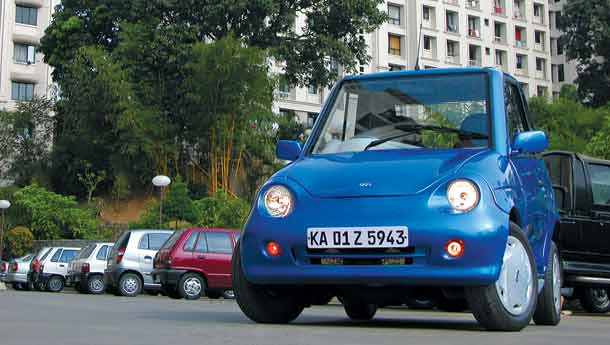 “Following the 20 per cent subsidy announced by MNRE, average monthly sales for the December-February period have tripled, compared to the average sales in the April-November period,” R Chandramouli, chief of operations, MREV, said.

The company, which plans to sell 3,000 units in the coming financial year, recorded annual sales of around 600 units in the past few years, with average monthly sales of 50 units.

Chandramouli, however, refused to comment on how many units were sold in the period between December and February.“As a private limited company, we don’t give sales figures. However, there has been a three-fold rise in sales and we hope sales will continue to rise. We expect to sell close to 3,000 units in the next financial year,” he said. MNRE had announced a Rs 95-crore incentive scheme in November 2010, providing incentives of up to 20 per cent on ex-factory prices of electric vehicles sold in India for the remainder of the XI Plan. According to the notification, the government would subsidise 140 electric passenger car units, and the figure would be raised to 700 units in the next few financial years, apart from subsidies to other electric vehicles. However, the subsidy would have a cap of Rs 1,00,000 for an electric car.

There was, however, a recent rise in the prices of electric cars following the revised excise duty announced in Budget 2011-12.

“The prices have gone up by one per cent, since excise duty has been revised from four per cent to five per cent,” he added. The company has also approached all state governments to remove value-added tax (VAT) on electric cars. “VAT is already zero in Rajasthan and Chhattisgarh has also reduced it to zero, applicable from April. We have approached all state governments. Some states are taking pro-active actions, and we hope other states will also respond,” he said.

The company also plans to launch new models of electric vehicles in India like the Reva NXR and the Reva NXG in the coming years. “Reva NXR will be launched at end of this calendar year, and NXG may come out sometime in 2013,” he said.