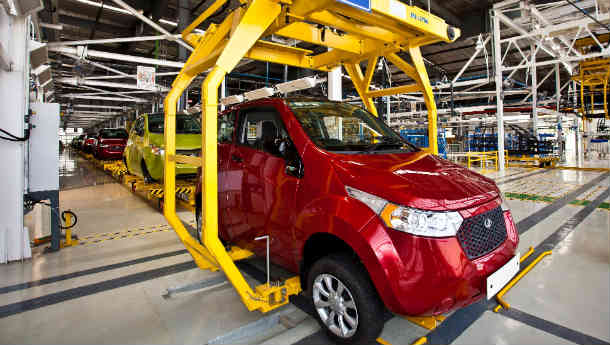 Mahindra Reva Electric Vehicles Pvt Ltd has once again put off the launch of its much-awaited next-gen electric car owing to the delay in the announcement of the National Electric Mobility Mission Plan (NEMMP) by the central government.

“We are ready with the final product and have secured all clearances for its commercial launch. However, we have postponed the launch due to the delay in the announcement of the subsidy scheme in the new policy,” Chetan Maini, Founder and Chief of Strategy & Technology, Mahindra Reva Electric Vehicles Pvt Ltd told Business Standard.

“Since the government is delaying the announcement of a NEMPP, it would not be possible for us to launch our new model. We have sought certain incentives and subsidies from the government for the new car buyers and expect the government to announce those in the new policy,” he added.

Maini said that the company would launch the new car (named as ‘ e2o’) some time in February assuming that the government announces the NEMMP later this month.

“We have learnt that the government is coming out with the NEMMP later this month and within two to three weeks after that, we will launch our new model,” he said.

Last year, the government had announced that it would come out with a Rs 23,000 crore package for the promotion of hybrid and electric vehicles, both two-wheelers and passenger cars. “Since then the industry has been awaiting a proper policy framework before launching new vehicles,” Maini said.

Earlier, the union Ministry of New and Renewable Energy had provided Rs 1 lakh as upfront subsidy for electric car buyers for a period of two years, which ended on March 31, 2012. Following the expiry of this policy, sales of electric cars severely declined affecting companies like Mahindra Reva, Maini said.

“We have told the government to at least extend the earlier subsidy scheme so that we can encourage usage of electric vehicles and the government has given some positive indications to this effect. But, until they announce the policy decision, we cannot launch our new model,” Maini told Business Standard.

Meanwhile, ‘e2o’ has undergone extensive testing, validation and has been certified as ‘road-worthy’ in India. The new car will be produced at Mahindra Reva’s recently inaugurated plant in Bangalore. The company has invested over Rs 100 crore to set up the plant, which has a rated capacity to produce 30,000 cars per annum.

Mahindra Reva would commence the commercial production once the government policy is announced, Maini added.