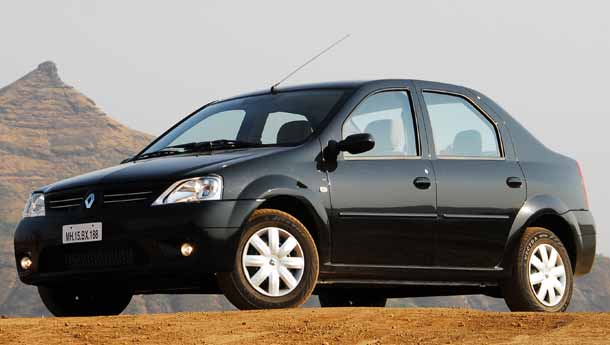 I remember interviewing Anand Mahindra almost a decade ago. The Scorpio was still a dream then and he assured me that he was not born with a silver spanner in his hand. But he quickly added that passion alone wouldn’t take Mahindra from being a utility vehicle maker to a modern car maker.

Sure, the company went on to develop the Scorpio, a more modern SUV than what they were making till then. The Scorpio’s runaway success should have made Anand Mahindra think that they could get on with a proper passenger car project on their own. Instead, he decided to tie the knot with Renault two  years ago. And for good reason too. Building a modern, monocoque passenger vehicle was Mahindra’s strength and the company and its vendors needed to learn the art. It needed huge investments to put up a new, different kind of factory, and more importantly, there was no time to waste on developing an all-new car from scratch. Renault had already developed the Logan, a car that was conceived as a low-cost yet contemporary automotive package for developing markets.

It started its life as a Dacia, the Romanian subsidiary of Renault where it was a huge success, and even spoilt west Europeans liked the idea of a no-frills yet no-nonsense automobile. Though it was developed as a 5,000-euro car, it retails at around 6,500 euros in various European markets today.So why would Renault offer the Logan to Mahindra? Simple, the French giant could not ignore the Indian market for long and they wanted to learn – with an Indian partner preferably – the skills that are required to build affordable cars in a sustained manner. The current joint venture for building the Logan is for just 50,000 cars, and it may or may not get extended. Perhaps Mahindra will continue to build the Logan and pay Renault a royalty for some time. In the meanwhile, the Renault-Nissan combine will have its own car plant and new small car projects on stream. As for Mahindra, they would have a smooth entry into the passenger car market with a car that is ‘right’ from day one and they can build on this strength and make more passenger car models in the future.

With that necessary preface done with, let us get on with our test drive of the Mahindra Renault Logan – the top end DLS diesel version that costs Rs 6.44 lakh ex-showroom Mumbai.

Strength
Make no mistake, this is a car built to a price. And the Indian version sticks to the brief like glue. The design is not like any of the contemporary Renaults, since the thinking when the Logan was conceived was a car that looked as robust as it actually was. Mahindra can be happy that like their proven utes, the Logan is a sturdy machine. It is evident the way the doors shut, how the car rides over bad roads, skims over speed-breakers and how it tackles corners. There is nothing flimsy about this machine. And then there is space – lots of it. An airy cabin with the feel accentuated by pre-tanned grainy plastic (again, lots of it), lots of elbow and head room (bring on the turbans) and a rear bench seat that can actually seat three make it a class leader. We drove a diesel car close to 600 km before filing this report, and that too, over all kinds of roads and we came back impressed.

Fit and finish of the car, despite a very labour intensive manufacturing process which makes it affordable, is second to none. This car is absolutely well put together. The powertrain (imported for the time being) felt indestructible too in a way traditional engines did. The gear ratios are suited for commuting and we were surprised how easy the diesel was to drive on congested Mumbai roads. The improved airconditioner did a good job of keeping the commute cool. Getting in and out of the car is easy and seats are good for three-hour stints. Another strength area is economy – Mahindra Renault  claims 18 kpl on the highway and our Logan actually returned 20 kpl easily. Brilliant indeed.The Logan is contemporary when it comes to crashworthiness. And the company has offered driver-side airbags as standard fitment for the top-end models. Way to go.

Weakness
Some of its strengths are unfortunately its weaknesses too. Sure, it does not look like a car built to a price, but to a trained eye, the cost-cutting is obvious. As a design despite the space, the Logan does not break any new moulds. During my commute, no one particularly noticed the car (the fact that I was driving a black one didn’t help either) and mind you, I was driving one of the only four or five Logans on Mumbai roads – our test Zen Estilo got more heads turning. Maybe  Renault could have made a car that could have become iconic – like the VW Beetle and the Citroen 2CV – but then most of us would have stayed away from it.

Then there are the details. The dials, for example, do not have red lines marked on them so that they can be sourced for both diesel and petrol variants. Power window switches are housed on the central console so that the doors can be assembled without any electrical wiring. There are no alloy wheels – not even for the top-end models.There are ergonomic issues too, like oddly placed aircon controls, a bottle holder that comes in the way of the gear lever and a steering wheel that may not be comfortable to reach for those who are vertically challenged. The common-rail diesel engine which displaces 1461cc to develop 65 bhp at 4000 rpm and 16 kgm of torque at 2000 rpm was too new to be evaluated. That meant it sounded a tad harsh for comfort and didn’t have the energy to handle a fast highway drive. The Logan cruises well, but needs to be whipped to get moving at appreciable velocities. While 6.7 seconds for a 60 kph run is not so bad for a yet to be run-in diesel,18.7 seconds for 100 kph is not something you want to write to  Paris about. As mentioned earlier, while the engine is good for economy and the gearbox for ratios, refinement and power delivery are areas where the powertrain does not excel in.It would have been nice to see ABS being offered, at least as an option. As an active safety feature, ABS is a must-have on Indian roads and one can only hope to see it being offered soon as an option across the model range.

Opportunity
The Logan range starts from Rs 4.28 lakh for the base petrol model which has airconditioning but no power steering to the top-end price tags of Rs 5.69 lakh for the 1.6-litre petrol and Rs 6.44 lakh for the diesel – these models feature power steering, airconditioning and a driver-side airbag. In between come the GLE and DLE versions, at Rs 4.72 lakh for the 1.4-litre petrol with aircon and power steering and Rs 5.47 lakh for the 1.5 dCi with aircon and power steering. The top-end models get power windows all round, but the mid models get them only for the front seats. In short, the car should appeal to anyone who is planning to buy anything, from the top-of-the-line Hyundai Santro and Suzuki Wagon R to the Suzuki Swift and Hyundai Getz to the Honda City and Ford Fiesta. The top-end petrol model with a 1.6-litre engine is a whopping Rs 1.5 lakh cheaper than a City, while the premium diesel variant is a clean Rs 1 lakh cheaper than a Fiesta TDCi – yes, it looks like moving 50,000 units won’t be a problem for the Indo-French combine. But the real opportunity for Mahindra is in the form of their newly acquired car making skills – they got a good product to begin their passenger car innings with and can concentrate on building the brand instead of thinking of ‘improved’ versions of the same car. And they don’t have to feel guilty of foisting an under-developed product on unsuspecting buyers.

Threat
The imminent threat is in the form of the last generation cars in the C-segment that still soldier on, starting from the Maruti Suzuki Esteem, Hyundai Accent, Ford Ikon, and of course, the Tata Indigo. These cars retail right in the price range of the Logan today, and their makers can afford to slash a few thousands off their price tags easily. Another worry can be the unknown quantity that Renault is to prospective buyers. Sure, Fernando Alonso won two world championships driving a particularly fast Renault recently, but most of us are still trying to pronounce Renault without the ‘t’. As far as brand perception goes, Mahindra is certainly not where Honda is in the Indian passenger car scenario either.Another area of concern is the after-sales facilities offered by Mahindra dealers. Yes, Scorpio owners are a similar lot, but the fact remains that Mahindra dealers have not dealt with modern passenger cars and their more sophisticated owners. As we have seen with Fiat in India, lack of good after-sales can kill even a good product.

To sum up
This is a textbook execution of a passenger car project in a developing market. Right product, right manufacturing strategy, right risk mitigation exercises and right pricing and packaging. We were in fact surprised to see a phased launch programme with a booking system. As for the product, this is as honest as a low-cost yet mainstream car can get. Anything below would have meant compromising on safety and quality and anything above would have meant adapting yet another Euro hatch for Indian roads and losing money on every car sold.

If you are looking for a well-built car that can offer excellent economy, then the Logan diesel is where your hunt should end. As you can see, Anand Mahindra has steered his firm towards the lucrative, sophisticated world of passenger cars in a careful, clever way. Oh, and I didn’t see anyone wielding silver spanners at his Nashik plant.