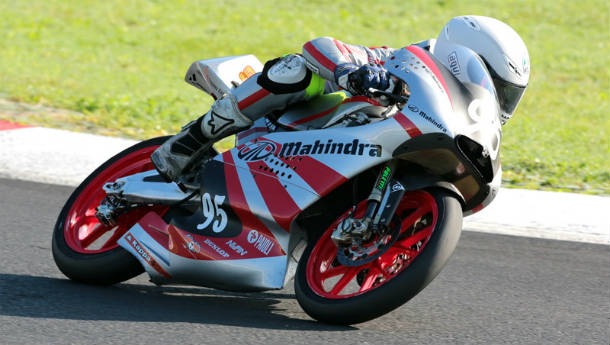 Mahindra Racing riders Miroslav Popov and Lukas Trautmann had a good outing at the Vallelunga Circuit this weekend. While Popov started the race from pole position and led till the chequered flag dropped, Trautmann started the race third on the grid and finished second. Their commanding win ensured that Mahindra Racing took the win in the constructors championship of the 125cc category.

Though he did not compete in the last race of the season, 27-year-old Riccardo Moretti claimed an impressive second place in the overall all Riders Rankings thanks to his phenomenal performances during the season behind leader Lorenzo Dalla Porta in the Riders Classification of the championship. He had already secured five podiums so far in the seven rounds of the season.