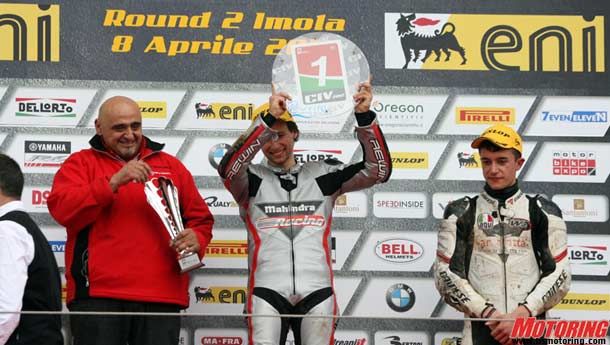 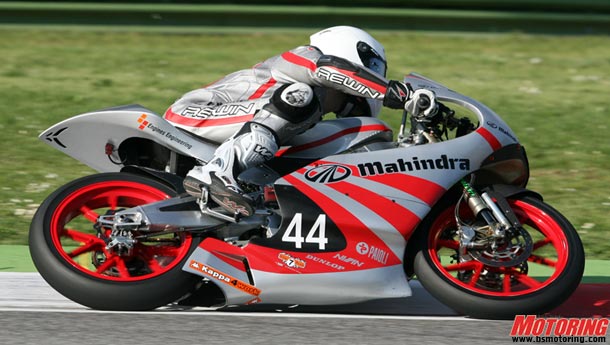 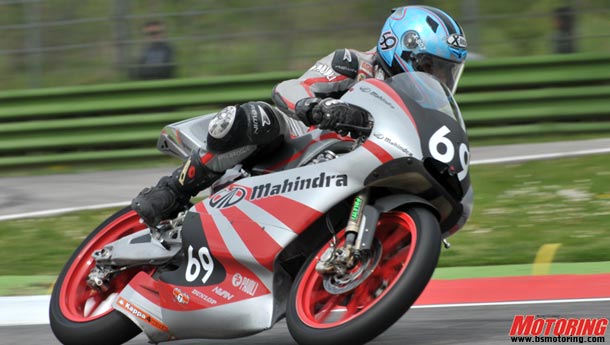 Mahindra Racing scored their second consecutive victory in the Italian National Championship, with rider Riccardo Moretti translating second place on the grid to a strong win. It was also a good outing for Indian rider Sarath Kumar who finished the race in the points - his first on an international platform.

Rain on the track made for some slippery conditions while riding, but that didn't deter Moretti one bit. The 2006 Italian National Champion rode a commanding race and finished ahead of the rest of the field. Meanwhile Moretti has declared that the team still does have some way to go in terms of development, and is confident that progress will be made.

Indian rider Sarath Kumar who took part in the 125cc class of MotoGP last year has finished in the points for the first time ever in an international racing championship.

Speaking on the occasion, Mahindra and Mahindra vice-chairman and managing director, Anand Mahindra stated 'We are ecstatic about our second consecutive win in the Italian Championship today. Riccardo Moretti has shown tremendous skill and expertise in negotiating the circuit under damp conditions. We are particularly proud of our fellow Indian Sarath Kumar for scoring his first ever International points.'