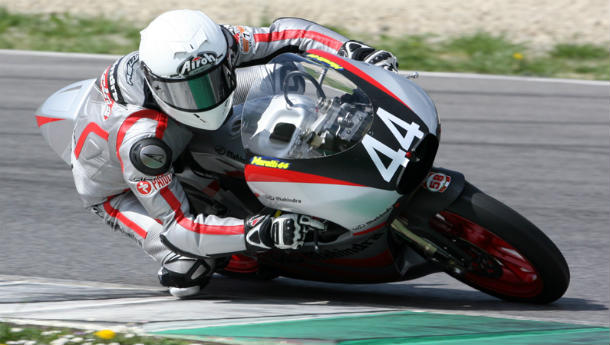 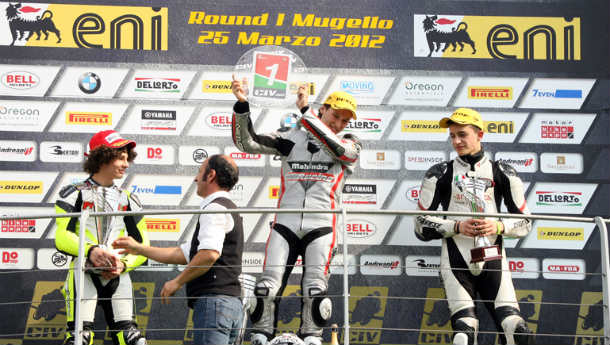 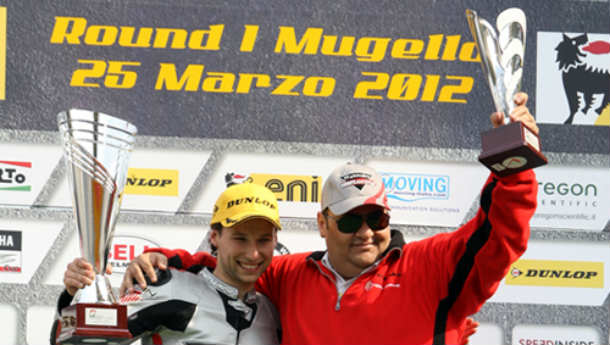 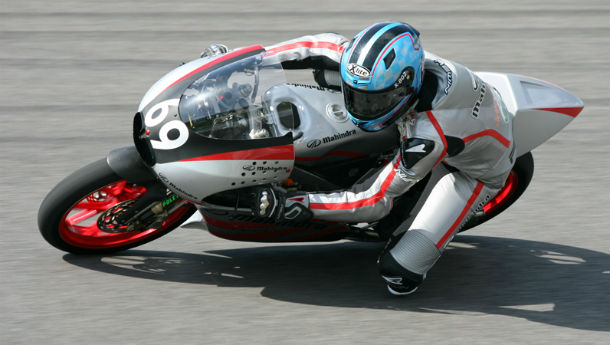 Mahindra Racing Team and Riccardo Moretti got an amazing result at the Mugello Circuit, by taking the victory in the season opening race at  the 125GP Italian Championship.

It was also a good race for the Sarath Kumar, who unfortunately was forced to an early retirement due to a technical issue. Moretti started the race from the pole thanks to the outstanding performance displayed in the two qualifying sessions, while Kumar got off from the 8th row and the 22nd spot on the grid.

It was the first week-end for the young Indian rider on the Italian track and also the crash suffered during the wet 2nd qualifying session didn't help, albeit it let to no injury. Moretti got a fantastic start of the race and he both mantained and quickly extended his leadership on the opponents. Kumar, on the other hand, didn't get the best start but he was able to settle into a good rhythm and to overtake several riders ahead of him. As the race went into its second half Moretti's advantage on the runner-up grew to an amazing ten seconds, while Kumar kept pushing hard before pulling to an early and unlucky retirement - due to a technical problem he experienced with three laps to go, after a good battle with Luca Marini - brother of Valentino Rossi. The race ended up with an overpowering victory by Moretti, who crossed the finish line with a big margin over the rest of the field, that means first place in the standings.

Mufaddal Choonia: Team  Mahindra Racing Principal :'We feel ecstatic winning the first race of the italian championship which is one of the toughest national motor racing championships in the world. A victory in our debut race is a shot in the arm. We are now in the right frame of mind to vie for the championship title!'

Riccardo Moretti : 'We started this season in the best way possible. My start from the grid was a good one and since I was in the lead I tried to push at my best to get the best margin possible. I was able to do so and that allowed me to just manage the advantage in the second part of the race. During the course of the week-end I got to know both bike and time much better and I can say we're still not at 100% but surely there's  good room for improvements. I would like to thank my team that gave me a very competitive bike and I'm looking forward to the next event, that will take place at Imola.'

Sarath Kumar : 'It's been a very good experience for me, despite the technical problem that didn't allow me to finish the race. I learned a lot, though. I didn't get the perfect start but my race pace was not so bad. Next time I will do better, I'm sure.'