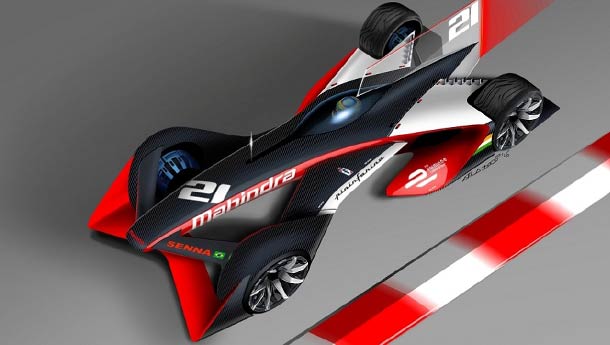 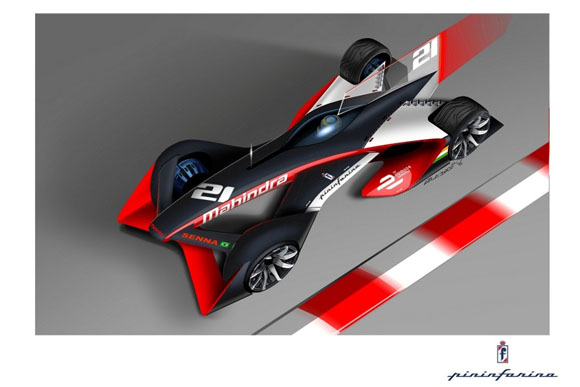 The release of these images follows the recent launch of the FIA Formula E tender to design and manufacture the chassis that will be used from season five onwards. To reduce costs, all teams will use the same chassis with the powertrain and software being open to development by the individual manufacturers.

Anand Mahindra, Chairman of the Mahindra Group said: “Mahindra is a pioneer of EV technology that is always striving to push the boundaries of this exciting new form of mobility. Our participation in the Formula E championship gives us yet another platform to co-create the Future of Mobility. While these innovative designs are a creative project at this stage, I would be thrilled to see the M5Electro look like this.” 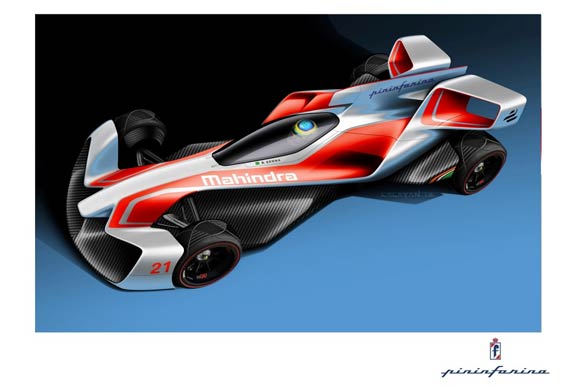 Pininfarina joined the Mahindra Group in December 2015 signing an investment agreement with Tech Mahindra. With legendary high-end design credentials across many sectors, it is perhaps Pininfarina’s era-defining automotive designs which most racing fans will associate with the iconic Italian design house. The H2 Speed hydrogen car concept was most recently awarded Best Concept at the 2016 Geneva Motor Show. 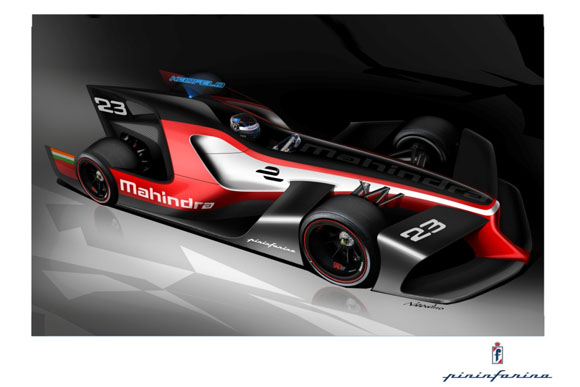 Chief Creative Officer of Pininfarina Fabio Filippini commented: “Formula E is one of the most exciting signs of the changes underway in the automotive world as well as in motor racing. Its success is the proof. Exercising our creativity on these sketches allowed us to imagine the evolution of this formula. A possible contribution of Pininfarina to the future development of a Formula E car would be a highly motivating challenge, fully consistent with our mission of creators and innovators in the automotive field”.