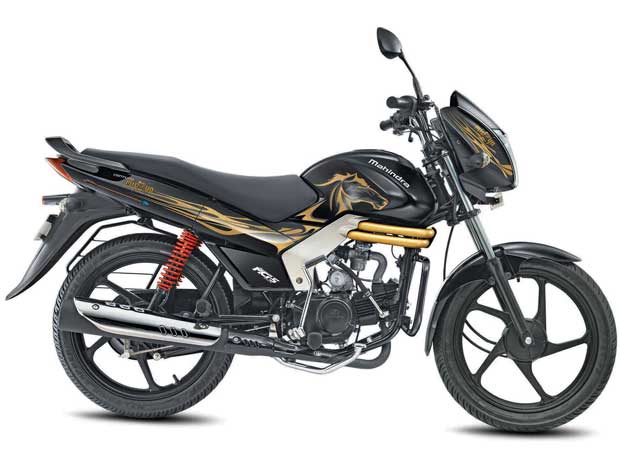 Turn on a screen or the pages of a newspaper and it is impossible to miss the pre-movie publicity around upcoming Mirzya. Understandably so, for a newcomer duo and a high profile director known for being selective about the movies he makes, both have a lot riding on it. So does Mahindra & Mahindra (M&M) which is launching a special, limited edition bike, the Centuro Mirzya with the movie, hoping that the association will help reverse its sliding fortunes with bikes so far and grant it a smooth ride into tier II and III markets.

The launch of the 106 cc single-cylinder commuter bike with the movie is a first for the company and even, the industry. Although many bikes have woven their way into movie plots (even M&M's Flyte in 3 Idiots), none has, as yet, launched a limited edition product with special badging (see chart). The only other example that could come close is the Vardenchi Chopper (a custom made bike that uses the Royal Enfield as base) for Akshay Kumar-starrer OMG.

The Centuro range is priced between Rs 45,500 (Centuro Rockstar) to Rs 51,350 (Centuro NXT). M&M has been cautious to price this limited edition product in the mid-range so that it finds enough traction. Analyst Abdul Majeed from PricewaterhouseCoopers believes that this reflects the company's focus on rural markets. In order to sell volumes two-wheeler makers need to focus on rural markets, and 'film associations' typically work with the rural audiences, he says. Mahindra's tryst with motorcycles has not been very fruitful so far. It started with the Stallio, a 110 cc bike that was positioned as a fuel efficient two-wheeler and had Aamir Khan as brand ambassador. Launched in October 2010, the Stallio, however, failed to pick up and was marred by technical glitches. It was discontinued around 2011. March 2013 saw the entry of another commuter segment bike, the Pantero. This was pitched directly against the Hero Splendor and Bajaj Discover, but was phased out in 2015. Currently, it sells the Centuro range and the 300 cc Mojo Tourer bike apart from the Gusto (125 and 110 cc), Rodeo and the Duro scooters.

The company has been struggling to gain market share. Between April and August this year, sales have dipped 49 per cent to 29,395 units (as per Society of Indian Automobile Manufacturers). During this period, the company had a 0.39 per cent market share in the overall two wheeler space.

The period has been brutal for M&M bikes. While bike sales dipped by 60 per cent on a year-on-year basis for April to August 2016; scooter sales were down 42 per cent.

Analysts believe that the aggressive marketing around the movie is a last ditch effort to get the bikes on track before the upcoming festive season. Two wheeler companies believe that recovery is underway as September numbers show around 33 per cent growth in volumes for sales; with motorcycles driving the demand (at 36 per cent y-o-y growth) followed by scooters at 12.7 per cent growth.

A Mumbai-based analyst pointed out, "The company is committed to the two-wheeler segment and one expects it will keep making efforts to increase its market share be it through marketing aggression, new product launches or distribution network ramp up." Majeed reasoned that given the presence of big brands and the nature of the category, it would take a while for riders to warm up to its brands. "Especially in the presence of formidable competition and the multi-national players upping their game," he said.

The choice of Centuro for the movie is being seen as strategic as it is a mass-market entry level bike aimed largely at rural markets. "Mirzya is based on a popular Punjabi folklore which is very earthy in its essence and resonates with our brand," Malhotra said.

This is, however, not the first time that Mahindra has tried its hands at marketing its bikes innovatively. In 2013, it tied up with Snapdeal to sell its motorcycles. Malhotra claimed, "Currently, we sell a sizeable portion online. We recently also launched a Special Edition Gusto exclusively through PayTM for pre-booking." The company's Flyte was also part of the Bollywood hit 3 Idiots, but that bike has since been discontinued. M&M will hope to script a different story this time around.