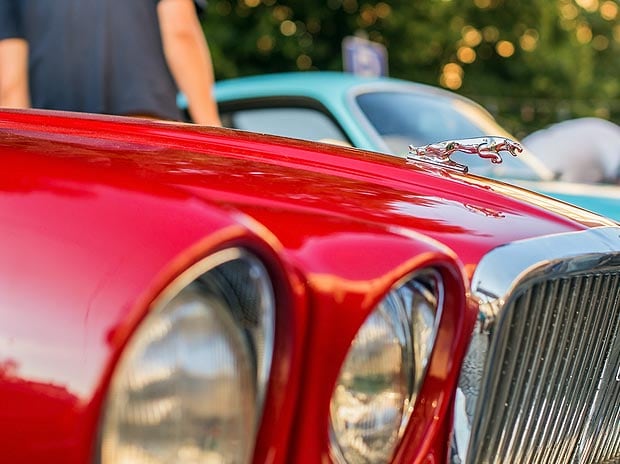 Earnings upgrades prompted by higher volumes and operating profit margins for FY17 helped the Tata Motors' stock gain nine per cent on Tuesday in a weak market. This is the single-largest daily gain in nearly three years. The key trigger is volume gains on launches at JLR (Jaguar Land Rover). Kotak Institutional Equities estimates JLR volumes to grow in mid-teens in FY17.

Sales growth could be led by China, the fourth-largest volume generator after Europe, the US, and the UK in FY16. After dipping in recent quarters, share of China in volumes is expected to move up to 22 per cent in FY17 from 18 per cent in FY16. For the quarter, JLR reported 26 per cent volume growth over year. 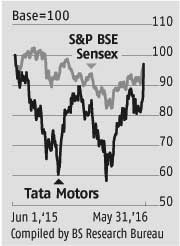 In India, for the quarter, while commercial vehicle (CV) portfolio continues to show strong volume growth of 20 per cent, passenger vehicle portfolio continues to lag despite launches in the second half of FY16. Fall in passenger vehicle sales and utility vehicle sales dragged India volume growth in the quarter to 5.4 per cent. But, with 80 per cent of Indian volumes made up by CVs, volume growth is pegged at 17 per cent in FY17 versus 1.9 per cent in FY16.

The other trigger for the rerating is operating margins. Led by improvement in JLR and Indian businesses, the company reported higher-than-expected operating profit and margins. JLR reported adjusted operating profit margins of 16.2 per cent in the quarter, boosted by volume growth, currency gains, and higher selling prices, beating analysts’ estimate of 15 per cent. Near-term margin drivers, according to analysts at Motilal Oswal Securities, are favourable commodity prices, operating leverage, and ramp-up in its China joint venture. India operating margins in the quarter were higher at 8.1 per cent (highest in 16 quarters) driven by heavy truck sales and high operating leverage. The pickup in CV sales and new launches in the passenger vehicle space are expected to improve the poor show of India.

Analysts have raised their FY17 earnings by six-seven per cent and the target price to upwards of Rs 520 from Rs 450-470, which indicates upside for the stock.