To cope up with the increasing demand, Mahindra is planning to increase the production of its vehicle TUV300. After receiving a stunning response from the customers (particularly for AMT variants), the Indian carmaker has decided to increase its production capacity to approximately 6,000 units.

Selling 4,000 units (approx.) per month, Mahindra TUV300 survives in a  highly competitive segment. The sub-4m SUV is locking horns with the Ford EcoSport and Renault Duster and also manages to compete with the likes of Maruti S Cross and Hyundai Creta. (Check Mahindra TUV300 vs Creta Vs S-Cross vs EcoSport vs Duster vs Terrano) Surviving the cut-throat competition, TUV300 managed to get 12,000 bookings within just two months of launch. The company’s marketing strategy worked and the response for AMT versions of the car was specifically terrific. Automatic variants accounted for 50% of these 12,000 bookings. As per the latest update, more than 16,000 TUV300 have been booked. Credit for the success goes to relatively low price when compared to other cars in this segment offering similar features. 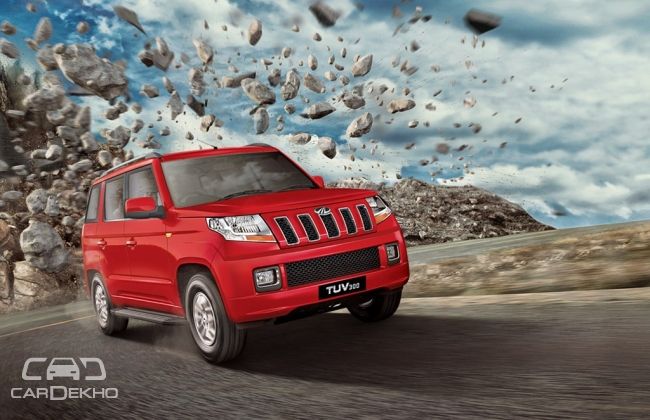 The compact SUV is powered by a 1.5-litre three-cylinder mHawk80 diesel engine which can deliver a maximum power of 84 bhp and torque of 230 Nm. It comes mated to a five-speed manual transmission apart from the AMT gearbox. The hike in production capacity comes when New Year is round the corner and all the automakers are expecting a boost in the automobile industry.