Mahindra halts production of its only mini car 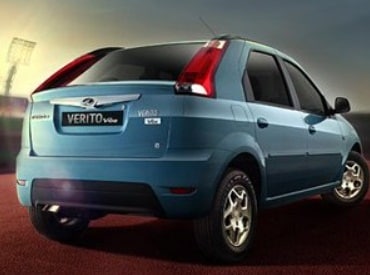 Three years after making its entry into the fiercely contested small car segment, sports utility vehicle market leader Mahindra & Mahindra has stopped production of its only hatchback, the Verito Vibe.

No production of the Vibe, a derivative of the sedan Verito (reworked Renault Logan), has taken place since the start of the financial year.

The Mumbai-based company saw sales of only 32 units of the Vibe in the five months ended August. Last year, the Vibe saw sales of 619 units, lower than the Mercedes-Benz A-Class, costing four times more and with dimensions just as big.

However, “we have neither discontinued the Vibe or have any plans to do so”, an M&M spokesperson said.

Vibe was result of an in-house design and development effort by Mahindra engineers after M&M took complete control of the joint venture company with France-based Renault in 2010, following consistent losses.

Based on the Renault Logan platform and powered by a Renault 1.5-litre diesel engine, the Vibe was sold only in India, with permission from the French company.

High cost of the car (Rs 6.31 lakh ex-showroom Mumbai, without octroi), presence of several options from rivals and lack of any petrol engine option were the main factors for muted consumer response.

Meanwhile, its elder sibling, the Verito, has seen a spike in retail offtake, following demand from the commercial segment. Buyers aiming to use it as a taxi, such as for Uber or Ola, have pushed sales of the sedan consistently.