Mahindra gears up for military march 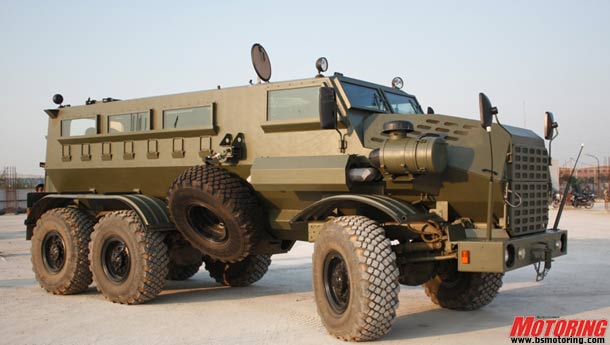 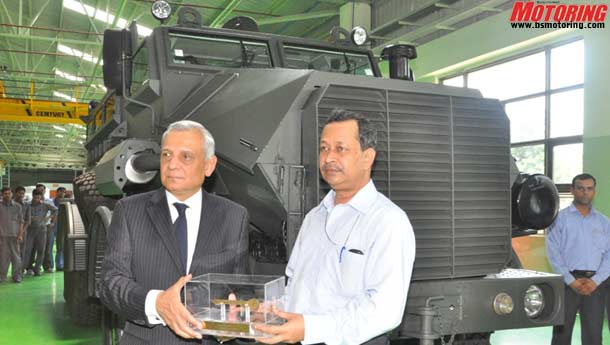 With expertise in sectors as diverse as auto and infotech, the $12.5-billion Mahindra Group is tapping into group synergies to roll out its next big bet in the Indian defence space.

The Indian Army’s future infantry combat vehicles programme, a $12-billion order to supply 2,600 vehicles, may actually see this playing out on the ground. Mahindras are among the four shortlisted entities, and if selected will actually see group entities Mahindra Satyam and Mahindra Systech collaborating with the defence division.

Mahindra Engineering Services, a part of Mahindra Systech, is working on the automotive design aspects, while Mahindra Satyam is creating the information technology backbone, or “battlefield management systems” in the defence parlance. Systech’s role as a key component vendor will increase, once the entire supply chain is put in place.

“We saw defence as an emerging mega trend over a decade back. And, today, Mahindra Defence System (MDS), an operating group under Mahindra & Mahindra (M&M) itself, is poised to handle bigger and integrated solutions that are much in demand. We now have the necessary state of readiness to achieve scale and be commercially viable, and can exploit the group advantage,” said Anand Mahindra, vice-chairman and managing director of M&M.

India is planning to spend $80-100 billion in defence capital purchases over the next decade. Currently, 70 per cent of this gets imported, though the political establishment has been trying to gradually open up to the Indian private sector.

But Mahindra was rather conservative while outlining the business prospects. “This is a sector where the opportunity is worth billions of dollars. But unlike retail, there is no predictability of orders or easy foreseeable demand patterns. I see this piece to be at least half a billion dollars for us alone in the near term,” he said.

The plans are not just on paper or restricted to prototypes. Already, 1,000 legacy armoured vehicles of MDS have been rolled out for various government services.

In fact, the Mahindras’ defence play is now becoming far more evolved. Defence Land Systems India (DLSI), Mahindra’s 74:26 joint venture with global defence and security company BAE Systems, has reached an inflection point, with the commercial roll-outs of its mine protection vehicles (MPVs), a first for the Indian private sector.

“It’s not about slapping steel. These MPVs are significantly different from our other auto platforms. We have altered the chassis, which has been supplied by Russian truck manufacturer Ural, and have indigenised the manufacturing to make it custom-made for Indian conditions,” said Mahindra.

The alliance with BAE has helped in technology and product capability transfer from BAE’s South African arm, OMC.

From its Faridabad facility, the first batch of six MPV-I vehicles will be headed for Jharkhand to assist armed forces in counter insurgency operations. Already, states like Maharashtra, Jammu & Kashmir, West Bengal and Chhattisgarh have shown interest. “We are also expecting follow-on orders from Jharkhand,” said Khutub Hai, managing director and chief executive officer of DLSI. “The ministry of home affairs has a requirement of around 300 MPVs, for which request for proposals will be issued shortly.”

“Our vehicles are the most powerful in the category. It seats more people (16+2), as opposed to 10+2 in others. It also has a much higher level of improvised explosive device protection,” explained Hai.

According to Mahindra, BAE is the partner for all initiatives in land systems and depending on demand dynamics, it may even extend to include light artillery weapons like howitzers. But company officials said over the next year, series of initiatives were being planned for a much bigger and diversified interest.

The naval systems piece will get hived off into a wholly owned subsidiary, after which other global joint venture partners are likely to come on board. These partnerships can either be for specific projects or be omnibus in nature. The concentration here will mainly be for niche products of under water weapon systems, but maritime patrol boats could also be looked into. Mahindra Odyssea is already into the powerboats business.

To bridge the gap in defence electronics, M&M is looking at acquiring specialised companies. These buyouts will help integrate the electronics piece with the land, naval and the aerospace verticals. This, in turn, will be the catalyst to develop capabilities for manufacturing complex weapons systems and sub-systems.

Even with BAE, the scope is much larger. The common objective is to leverage India’s low-cost manufacturing and emerge as a hub for a bigger global supply chain. India, however, will be the dominant market to cater to. In this game plan, if required, existing partners or global arms like Navistar and SsangYong can also come on board.