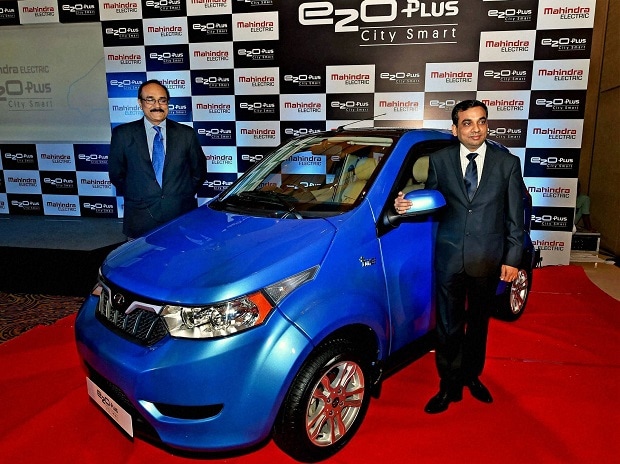 Once rolled out, the Goods and Services Tax (GST) will help domestic electric carmakers like Mahindra Electric expand their sales base and not just limit the market to states offering subsidies on these cars.

Under the current structure, the Centre allows a Rs 1.24 lakh incentive for each electric car under the FAME (Faster Adoption and Manufacturing of Hybrid and Electric) initiative, while the state governments reduce the VAT and road tax on these cars by a considerable margin.

However, with GST proposed to bring in price parity and price stability among states, the market could open up further for such carmakers.

"The electric cars ecosystem is gradually expanding and after GST comes in, it will help us expand our reach in India," Mahesh Babu, CEO designate of Mahindra Electric said.

However, the automobile company which enjoys a monopoly in manufacturing electric cars in the country, is hoping that these car variants will not be classified under luxury items in the proposed GST regime.

"Not only Mahindra, automobile manufacturers are giving representations to the government that it is a new technology. I do not think they have any intention to put electric vehicle in the luxury segment", he said.

Classification of goods under the luxury item under the GST regime will imply higher taxation rates than average.

Mahindra Electric is currently selling its cars in 21 markets which it hopes to scale up once the GST taxation structure is adopted.

While the company has already sold 7,000 units since the acquisition of Reva in 2010, the company feels that the entry-level segment of electric cars is getting "filled up" and hence, the company will also focus on launching electric variants of its existing models.

An electric variant of the Verito model has already been launched.

"We'll not keep quiet without launching (electric) products in the near future", the official said.

Furthermore, Mahindra Electric is bullish on commercial sales of the electric cars and has introduced a toned down model of E2O Plus for the fleet operators and cab aggregators.

Although Babu did not provide details on this front, the official said talks are on with the fleet operators and these cars will be supplied directly to the operators once ordered.

Babu said, the per cent of electric cars in the entire category is expected to reach 35 per cent globally, during 2030.