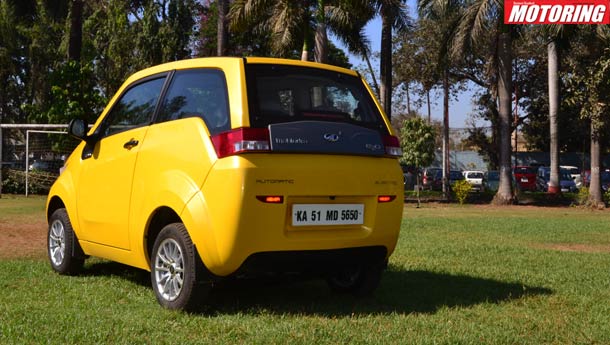 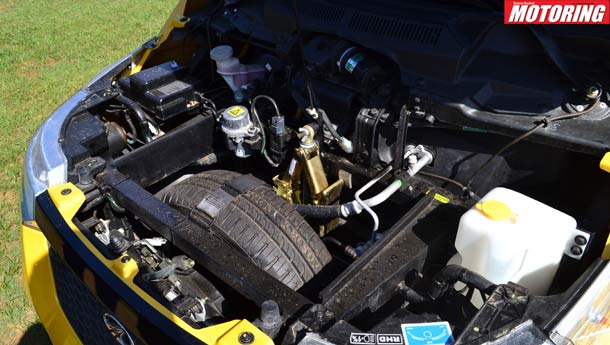 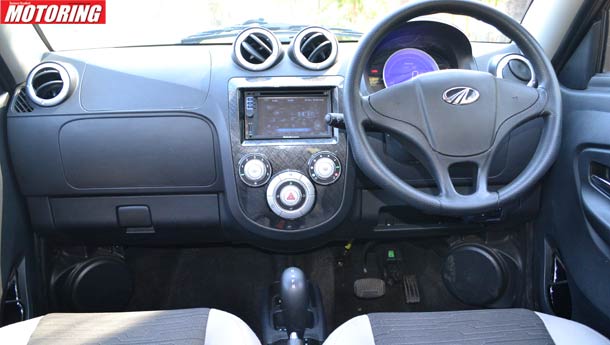 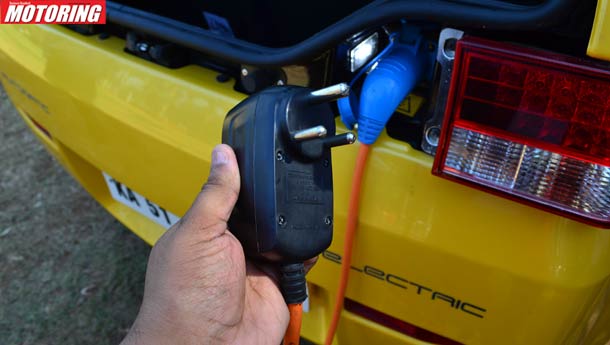 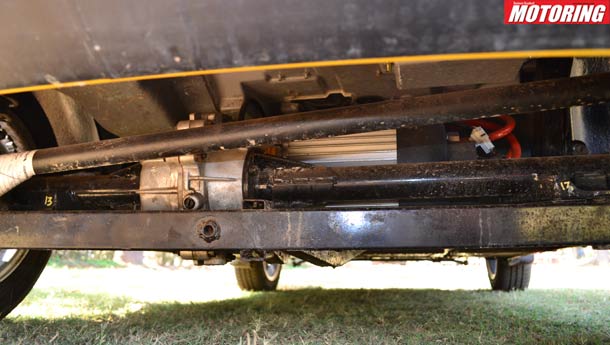 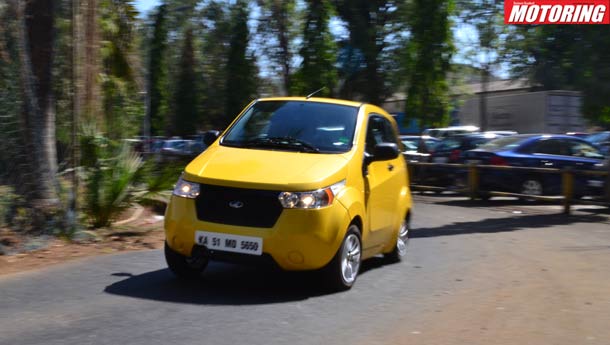 Roughly two years ago, in the pages of BSM we carried a funny snippet, titled ‘April Scoop’ in which we wrote about Lamborghini’s small car venture. It was, of course, a very fabricated story, and we even published an artist’s impression of what it could possibly have looked like. The base car we chose for that illustration was the Aston Martin Cygnet, but had the Mahindra e2O been around then, we would have published the images as they were. Really, if Lamborghini were to ever make a practical ultra-compact car, I’d be amazed if it looked any different than this. And that cheerful yellow (not the official codename of that colour) further helps make the association. Tractor makers of the world think alike, I say.

However, this is not a Lamborghini. This, as most of you would know, is an all-electric car made by Mahindra Reva. Which means it has got to be very practical, very reliable, spacious, not very expensive and, most importantly, very economical. So, is it? Well, let’s talk.

The e2O started life as the Reva NXR concept and was designed by DC Design (which explains the unconventional, striking architecture) and with Maini Reva being bought over by Mahindra, the e2O became the pet project on the electric car front. The original Reva was, of course, severely hampered by its severely shrunken dimensions, both inside and out, and it wasn’t very practical. Or cheap. Now, unconventionally powered vehicles aren’t exactly cheap to produce and even if you could find a way to do so, making them reliable and usable on a daily basis takes a lot of research and development. As a result, the e2O isn’t exactly cheap, but it’s a huge leap ahead from the original Reva.

It’s important to understand that one cannot judge the e2O as a ‘Rs 6.24 lakh’ (on-road, Bangalore) car. It is expensive thanks to its niche powertrain and despite that, the interiors of the e2O are very impressive. The layout is contemporary – that giant Mini-esque dial behind the steering wheel looks very swanky – and the controls, if few, are still rather decently built. The dashboard plastic texture and build feels very good indeed and the mildly flat-sided steering wheel gels well with the rest of the interior. The large touchscreen interface mounted on the dash is the icing on the cake, considering it not only offers to hook you up with music from four different sources, but also serves as a GPS unit which runs in sync with the car and helps you plan a route that is conducive to the available range before the e2O runs out of power, in an electric sense of the word. You can also sync the interface to your smartphone via an application and then decide, if you so fancy, whether you would like to turn the air-con on or, perhaps, unlock your car so other people can help themselves to your belongings.

However, the highlight of the interior package is the space on offer. It is spacious enough for four adults and a few items of light luggage and even headroom and shoulder-room are very decent for a car that’s only 3280 mm long and 1560 mm tall. The air-con works well – important, because the ‘windows’ at the rear don’t actually roll down and nor are there vents at the rear. Of course, the lack of rear doors won’t go down too well with generously built people, but the front seat sliding mechanism is very convenient and well-designed. Overall, the interior gets a thumbs up!

This is the bit I was most excited to find out about. Now, after a slightly unconventional starting procedure (press a button, hold the key fob – which has an in-built sensor that activates the ignition – close to the button and then apply a bit of faith to understand that the car is, indeed, running), I selected ‘F’ (for ‘forward’, I suppose) and got the car in motion. This is strange, even if you’ve driven a Reva before, because it’s hard to make the association with a car that’s nearly conventionally sized to move forth with no noise whatsoever. Four gear modes – F, B (for ‘boost’ - no, don’t laugh, it works!), N (no prizes for guessing) and R (for ‘race’. Okay, kidding. It’s ‘reverse’) – are on offer and on a full charge, which takes 5 hours, the e2O can cover a distance of 100 km as claimed by Mahindra Reva but in real-world driving conditions, that figure might drop down to more like 85-90 km.

Step on the accelerator pedal and progress is mundane, which you can alter by selecting ‘B’. Then, it really comes alive and in not much time, the speedo reads an exciting 56 kph, which is described so only because there is just a slight whine confirming the pulse of the ‘engine’. Mahindra Reva claims a top speed of 81 kph for the e2O and we’ll be only too willing to verify this in our upcoming road test. A 3 phase induction motor powers the e2O and it produces 25.4 bhp@3750 rpm and 5.4 kgm at, of course, 0 rpm. The maintenance-free lithium-ion batteries come with a standard warranty of 3 years (or 60,000 km – whichever is earlier) although the manufacturer suggests it can last as long as 5 years, depending on usage and driving pattern. The service interval, too, is set 10,000 km apart (Mahindra’s website suggests the cost of a regular service is between Rs 1500 to Rs 2000, inclusive of labour and consumables), which sounds quite alright.  If charging it via electricity seems somehow inconvenient to you, you could even install the Sun2Car package, which charges the car using solar panels and, erm, sunlight.

The best part is, the e2O’s motor benefits from regenerative braking and also, idling consumes no power whatsoever. So if you’re stuck in a traffic jam of decent girth, you will spend power only on the occasions that you will step on the accelerator. Not bad, eh?

Alright, this isn’t a car you can ‘hustle’ in. It’s fun in its own little way, little being the operative word here, but throw the car into corners and you will end up losing traction or generally upsetting the dynamics of the car. Braking is good, thanks to the solid discs in the front and the drums at the rear, but the pedal modulation takes a lot of time getting used to. It’s not very progressive and you will jerk your way to mastering the e2O’s braking. Or maybe it’s just my heavy motorcycling foot.

Now, you will have to wait for a full road test of the e2O for us to be able to tell you more on the ride quality, but from what we could gather, the e2O does take less intimidating bumps in its stride, even with four adults on board. The McPherson strut up front (with gas-filled shock absorbers for each wheel) works quite well and complimenting this are the rather generously specced 155/70 R13 tubeless tyres.  Despite the ABS panels all-round, the e2O weighs 830 kg – although this does add a sense of stability to the package. And no, we don’t know what happens to it when the monsoons flood our roads. Wait a little longer and we’ll have the answers for you.

Earlier, the question was ‘are electric cars ready for India?’. This has now been suitably answered by the means of the Mahindra Reva e2O – yes, they are. The question now is – ‘are we ready to go electric?’. You see, for roughly Rs 6-lakh (add or subtract a lakh to the figure), you can get your hands on a variety of hatchbacks, some sedans, an MPV and even an off-roader. So, do the e2O’s economy and savings actually overshadow its price-point rivals and its own shortcomings? Well, not exactly, and not just yet. But for those of you with a specific driving cycle, looking at ease of commuting without spending atrocious amounts on fuel, the e2O makes absolute sense. Will I buy one? Well, if I wasn’t saving up for that Aventador, I really would.