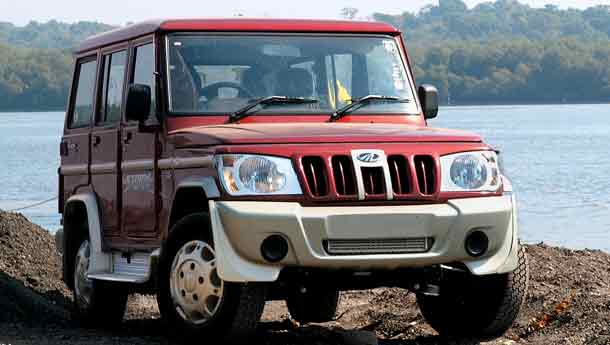 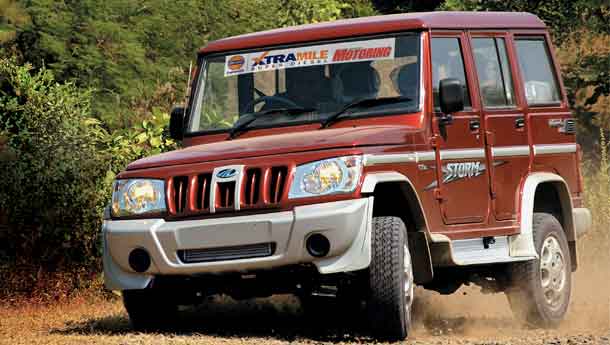 If there was a parallel in aviation for our good ol’ Mahindra Bolero, it would have to be the Lockheed Martin C-130 ‘Hercules’. By the first Gulf War, it had been around for nearly three decades, and in the C-130E disguise then, it had started to show its limitations. It couldn’t fly farther, nor land on shorter airfields or even get there quicker. Lockheed then, in an act of saving its business, took it upon itself to make an advanced C-130. Their skunk works didn’t fail and out of Lockheed’s gates emerged the C-130J – so radically different that other than the C-130 tag, it shares close to nothing with its predecessor underneath the skin. It’s still the backbone of the US Air Force and (smirk, smirk) will soon be a part of the Indian Air Force too.

The Bolero is no different then. From Armada colours to the Bolero suit, the ute has radically altered people’s perceptions. And the numerous revisions and facelifts have just ensured this post WW II chassis will chug itself into automotive history books. But it seriously needed that dose of ‘skunk’ works magic, and in just eight months flat, Mahindra have gone from DI wonderment to CRDe glory, bringing with it an added – more power.

Power corrupts...
Using the same 2523cc XDP3 block as the basis of the project, Mahindra added a common rail head from Bosch India. Unlike the mHawk project, where a third party was involved in fine tuning, M&M did the job in-house with system specific testing done at Bosch’s end. The second generation common-rail unit, with 1600 bar pressure and a fixed-type wastegate turbocharger from Turbo Energy (same as on the DI) has helped liberate 97 bhp@3800 rpm – an increase by more than 50 per cent over the DI! Torque too has seen an upward revision – sending 25.7 kgm of peak turning force to the axles, against the 18.1 kgm that the DI currently produces.    On the move, the new engine reveals how the monumental increase in power has resulted in better times. The 0-100 kph sprint is down to 19.6 seconds, some five seconds quicker than the DI. Top speed too has gone up to nearly 136 kph, from the 121 kph that the DI is capable of. And funnily enough, it is possible now to wheelspin the Bolero in first and second, something a people-mover shouldn’t be doing. The passing speeds too reveal a big dip on the timesheets, and that matters since overtaking in the DI stressed your foretelling powers. The engine however is slightly noisy and vibrations filter through into the cabin and the rear view mirrors.

Paired with the same old gearbox, the engine finds enough poke and zest to either trundle along or develop horns and play hooky. Low-speed driveability has slightly suffered and the ability of the Bolero to lift-off even from second gear is no longer possible. Braking however finds itself moving out of orbit – the need to apply, release and apply again during panic braking is not a very good sign.
Nonetheless, it is more stable and tends to brake in a straight line... at last!

... And Absolute power...
While the engine is up to its job, take some time and admire the interiors. Or rather, admonish. Crank up the engine and you are greeted by a male voice, reminding you that you are behind the wheel of India’s largest selling SUV (duh!). Looks like the pretty female’s voice from the mHawk is to differentiate the ‘class of vehicle’. While the dashboard appears solid, the finish is of the poor variety. Trim is rough at some places and the louvres are so sharp, you could peel a cucumber on them. The driver’s seat is hard and lacks bolstering, which might be good for really long journeys but is awful on city drives. The stalks are notchy, though they eventually do fall in place, while the steering wheel is so large, you would unintentionally sit in a ‘wheel on belly’ position.Ergonomics were, never the Bolero’s strong point, and the less said about the stereo the better. These are quirks that the Bolero has always been associated with, but that, as an excuse not to rectify them isn’t what we expect from Mahindra in this day and age. Space for eight people is not a problem in this, the VLX version of the CRDe, though whether you are really comfortable over long journeys is best left for the next section.

... Corrupts Absolutely
Why does this Bolero bounce its way to your destination? Strangely, this is after the Bolero DI never suffered from it. Ride was always the Bolero’s strong point with its ability to soak road undulations, while transmitting close to nothing to its occupants and neither causing too much vertical movement of the suspension. It seems the added power has made one of the Bolero’s inherent strengths its weakness. Not much of the undulations get transferred to the occupants, but the vertical motions have increased several fold. Despite attempts to reduce tyre pressure and load up the car with eight occupants to yield a better result, the CRDe just kept at its bouncing best. With the basic setup remaining the same – IFS at front and leaf-springs at the rear the Bolero feels  like a tug boat on choppy seas on perfectly laid out roads. And conversely, when the surface becomes unwieldy, the ride gets better!

Handling has always been, well, utilitarian. The vague steering never provided any credible feedback and continues not to do so. Mahindra have currently offered the CRDe with 2WD, but can offer 4WD if there is sufficient demand in the market. Even in 2WD, the body shows decent control and grip, though there is copious amounts of roll if you start to push. Push the Bolero CRDe on to your preference list if you yearn for a vehicle that’s powerful and efficient. But only if you can stomach the Rs 7.24 lakh ex-showroom, Mumbai price, that pushes it smack bang into Chevrolet Tavera, Tata Sumo Grande and, may I add, Sonalika Rhino territory. All the three offer a more modern shell and car-like comfort and interiors that the Bolero doesn’t offer. In pricing itself out of the league, the Bolero has lost some of its honesty, though you can still choose from among the several DI variants that seem to be priced more realistically. What the CRDe will offer, however, is better reliability and that does come into play if you traverse a lot of distance every year. It’d be a nice workhorse then, one that like the C-130J will do its job without too much of a fuss.