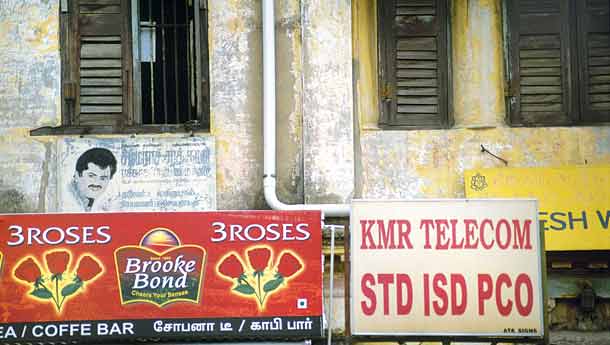 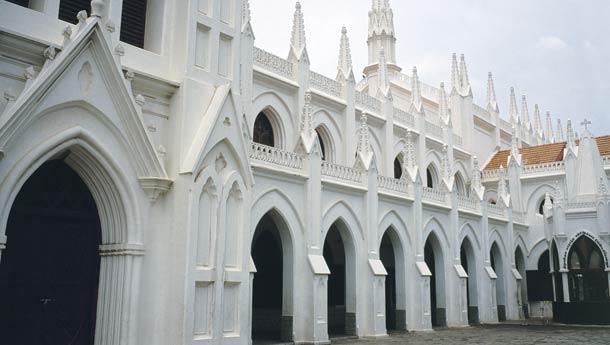 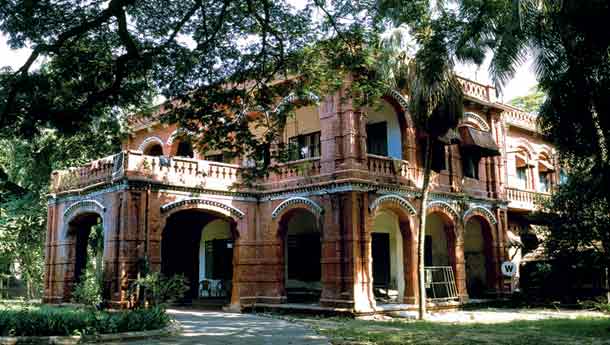 It’s strange, isn’t it? You live half your life in a city, and you don’t know the first thing about it. By ‘you’ I mean me, of course, and the city I’m talking about is Madras (no, I’m not a big fan of ‘Chennai’). I like to think of myself as a Calcutta boy (no, I’m not a big fan of ‘Kolkata’ either), since I spent my childhood there, but I’ve spent the bulk of my adult life in Madras, so the city can rightfully claim me as one of its own too. I, on the other hand, can’t rightfully claim to… well, anything. The bulk of my Madras years were spent riding a Hero Honda CD100 SS to college and back, which doesn’t make for the most scintillating memories on earth. It didn’t leave me much time to get to know the city I was living in either, as a result of which I formed a few ill-informed opinions about it, the body of which I will now enumerate.

1/ Madras is a boring city. People keep themselves occupied by switching camps between the DMK and AIADMK.
2/ The beer in Madras is especially brewed to knock you out in a single punch.
3/ Apart from dropping dead of heat-stroke/dehydration/both, there is nothing to do in the city – no nooks and alleys to explore, no architectural wonders to gawp at, no interesting tales to hear.
4/ College sucks
5/ Er, that’s it

I will, of course, confess that none of this was the city’s fault. I was simply taking things at face value, without bothering to dig a little deeper – and I was at a particularly grumpy stage of my life as well, which didn’t help. But time, as they say, is a great healer. I passed out (almost literally) of college, moved to Bombay (no, I’m not... well, you know) and started travelling for a living, which made life a whole lot better. And, as it turns out, it also made me want to go back to Madras.   Sitting in the comforting environs of the Woodlands Drive-In restaurant, I was very glad that I had returned. It wasn’t that I hadn’t been back to Madras at all; rather it was the fact that I was here to see it in a new light and to discover parts of it I had never seen. But first, a good breakfast, which explained why I was here. Woodlands is the proverbial institution; it’s been around since 1962 and is a meeting ground for students, poets, artists, film and theatre personalities and everyone in between. It’s set in nicely wooded grounds (although it looks a bit careworn now), it’s quiet and it’s old fashioned (some waiters look like they’ve been around since inception), it’s relatively inexpensive and the grub’s good. Perfect, then. I got myself a crisp dosa, a plate of vadais and a cup of frighteningly strong coffee (it’s self-service), bought a newspaper from the thoughtfully located newsstand and settled down. It was fairly early in the morning, so only the most dedicated patrons were strolling in. The Hindu, that most venerable and ancient of publications, provided reassuring company as I polished off the spread and readied myself for the morning ahead – a walk through Fort St. George, where it all started for Madras (and the British empire in India, as it happens).

‘All right, everyone in an orderly queue and no giggling at the back. Pay attention now’. If that sounds like a directive at a school field trip, that’s because it was. I had called Vincent D’Souza, editor of the Mylapore Times newspaper and an expert on the city’s history, and persuaded him to let me join a schoolkids-only tour of the fort. I thought it would be a fun way to do it, and I was right. Once I had got past the stern security guards at the gate (why won’t anyone believe I’m a journalist, for heaven’s sake?!), I caught up with the rest of the group and walked around as Vincent held forth about the fort’s history. Built in 1644, it was the first British fortress in India, eventually becoming the core of the modern city of Madras and the seedling of British rule in India. It still houses the Tamil Nadu Legislative Assembly and Secretariat, so don’t be surprised if you feel like you’ve walked into an extended ad for Robin Blue – it’d be difficult to find more white shirts and veshtis in a single location. The Assembly building is very impressive in a governmental way, but it’s at the back of the fort that things get really interesting. Here is where you get to see the old army barracks (the second longest in Asia and still in use as an armed forces storehouse), various charming old buildings in widely differing states of repair and, most importantly, the lovely St. Mary’s church. It is the first church the Brits built in Asia, the oldest British building in Madras and the first place in India to run a hospital along the lines of western medical practices. Vincent said the Sunday morning service was quite special, but since I wasn’t going to have the time to attend, I explored its every corner and came away feeling like I had partaken of an important slice of history. That feeling was further reinforced at the fort’s superb little museum, where I glanced through Robert Clive’s personal letters, saw an unexploded shell from when the German warship Emden fired on the city in 1914 (I had no clue Madras had ever been attacked thus) and gazed at massive portraits of sundry British officers and their wives. All of this sounds spectacularly boring, I realise, but it isn’t; you’ll see what I mean if you make the time to go and visit the fort.   Right, time for lunch. Ordinarily, when I aim to silence hunger pangs, I usually try and do so with at least a couple of helpings of meat, but the place to where I was headed was as pyoor vegetarian as you can possibly get. Rayar’s Cafe, started in the 1960s, is a totally unassuming little eatery just off Mylapore’s Kutchery Road, but once you’ve slobbered your way through some of their offerings, the surroundings won’t matter. Luminaries like Gemini Ganesan, M.G Ramachandran, Sivaji Ganesan and others were regulars here, and the rava dosa (something I don’t usually like), Mysore bonda and vadais will tell you why. As I stuffed myself silly, I wondered why on earth I had never heard about the place when I had lived in Madras, but I realised the fault lay squarely at my own feet – I had never bothered to find out.

Suitably (and gastronomically) chastened, I set off to explore Mylapore a bit more. All I knew about this ancient part of Madras was that it was... well, ancient – and that there was a big temple in it. The Kapaleeswarar temple, to be exact, sits in the middle of Mylapore and legend has it that Shiva, with whom you did not really want to pick a fight, called out to his wife Parvati one day. Distracted by a peacock, she didn’t hear him, upon which he turned her into a peahen (as husbands tend to do) and banished her to earth. She decided that swift penance was the only way out, and Shiva eventually took her back. Thus, the spot where she performed her penance became known as ‘Mayilapur’, or ‘peacock/hen place’, and a temple was built on it. Various theories abound regarding its exact builders, but the point is that it’s a fascinating place. Not half as fascinating, however, as its surroundings; if you walk around the temple, you’ll see the remnants of agraharams, clusters of ancient houses where Brahmins used to (and continue to) live. There aren’t many left, sadly – that juggernaut called concrete has begun an inexorable march into the area – but those that remain provide a glimpse into a completely different Madras than the chaotic swirl everyone is used to.

Later that day, I went over to Triplicane, another part of the city I had heard of but never been to. Naturally, this too was to my detriment – if anything, Triplicane was even more interesting than Mylapore. The 1,300 year-old Parthasarthy temple (1,300 years! Again, I hadn’t a clue the temple existed) here provides the nucleus around which Triplicane fans out, but there’s a sizeable Muslim influence here as well. You only have to take a look at Amir Mahal, the colossal residence of the Nawabs of Arcot (the current Nawab still lives here), rubberneck when you walk past eateries specialising in fragrant biryani and marvel at some of the old Muslim houses here to realise it. As I walked around taking in the smorgasbord of sights and smells, I couldn’t believe that all of this had lain undiscovered to me for all these years. It’s a sign of the times that most of us simply take the cities we live in for granted, but I urge you, don’t fall victim to this malaise. Get out there and really ‘see’ your city, because otherwise one day, like me, you’ll end up regretting it.