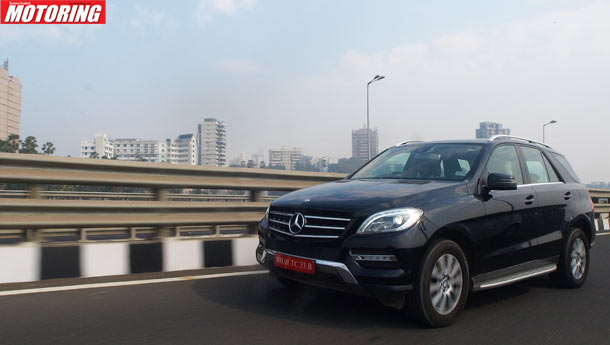 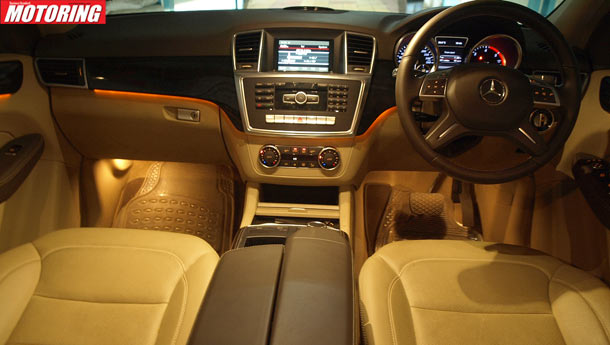 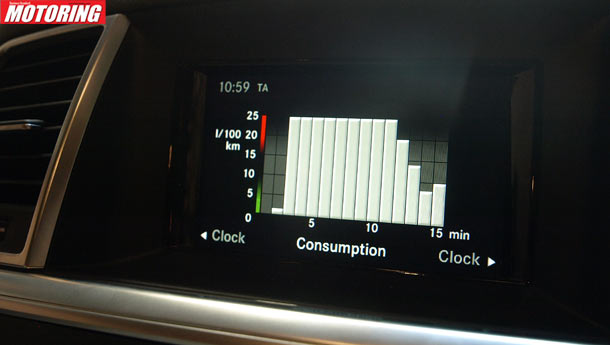 Not too long after the ML 350 CDI was launched in India, a smaller-engined, cut-price model was also offered. It goes by the name ML 250 CDI, and save for a smaller four-banger in place of the V6 engine, there’s not much missing from this machine, really.

So, what is the ML 250 missing compared to its larger sibling? On the outside, you’ll notice that it’s riding on 18-inch rubber instead of the standard 19-inch or optional 20-inch AMG wheels that come on the 350. Apart from that, there’s only the badge at the rear to tell you you’re looking at a cheaper car.

Inside, too, the changes aren’t as readily apparent as you’d think. There’s a smaller screen for the stereo and infotainment system, the Comand system which is present on the ML 350 CDI makes way for a simpler system that does most of what Comand does, and while the seats are electrically adjustable, there isn’t a memory function on them. Memory seats are convenient, but removing them isn’t exactly a great loss either. Oh, you can’t just press a button and wait for the rear hatch to close anymore, you’ll have to do it yourself! You’ll also notice that there are a couple of blank buttons near the central tunnel.

The ML 350 comes with active air suspension, which has been removed for a more traditional set-up, so the sport mode and ride height adjustment buttons are now missing. Quite frankly, on the move, the ML 250 CDI feels pretty planted. The ride is a little on the softer side, with a little more body roll as compared to the 350, but on the bright side, you won’t have to worry about replacing expensive air suspension parts a few years down the line either. Speaking of driving, the steering feels very nice to hold, but is lacking in feel. Mind you, it does everything you ask of it, but just don’t expect too much feedback.

Now, moving to the most significant change, the engine. The 2143cc inline-four turbodiesel is mated to Mercedes’ 7G-Tronic seven-speed gearbox, and as such, performance is quite sprightly. It hits 60 kph in a respectable 3.8 seconds while the tonne comes in 8.7 seconds. That’s a good 1.3 seconds slower than the ML 350, but only during overtaking do you feel its lack of power compared to its larger-engined stablemate. While setting off from signals and cruising around, you won’t feel too much of a drop in power.

So where does the price difference come from, you ask? Surely, all these features don’t account for the Rs 12 lakh difference. Well, the ML 250 CDI is assembled here instead of being brought down as a CBU. That’s how they can keep most of the features in and still offer it at a very competitive price!

So, considering a majority of ML owners tend to occupy the rear seat, from which you can’t really make out at all that you’re in a cheaper car, the ML 250 CDI makes brilliant sense. Hell, even for people like me who’d rather drive the car, it’s still more than capable enough.