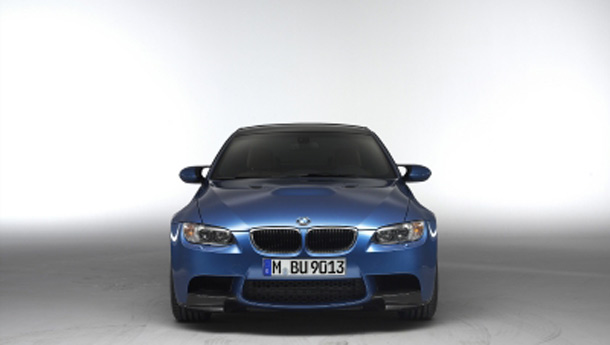 If one thinks that luxury cars are best suited to wealthy, middle-aged and successful entrepreneurs, it�s time to reconsider as today�s young buyers are high on self-entitlement.

Take, for example, the BMW M3. This Bavarian style icon, priced at Rs 80 lakh, has the lowest average customer age of any model in BMW�s line-up. M3 buyers are surprisingly young, some in their mid-20s. The car is also a hit among fifty-somethings, older enthusiasts finally buying the car they have long wanted.

The global trend for the automobile industry has made inroads into India, too.

Suhas Kadlaskar, director, corporate affairs and HR, Mercedes Benz India, said: �The average age of our customers has come down to 35-40 years from the earlier age of 50. An increasing number of young entrepreneurs and professionals from various fields are buying luxury cars and this affluent segment has been boosting our sales volumes.� The introduction of the new C-Class last year and the new E-Class a couple months ago has assisted Mercedes in achieving stronger volumes and reach out to a significantly lower age group of customers.

This budding customer portfolio mainly comprises the young scions of already established business families who are going for the kill. Mercedes has come up with a new outlet in a Tier-II city like Surat, which has a thriving diamond merchants community. �A luxury car buyer is getting younger by the day. Many self-employed people like doctors or lawyers are going in for a premium car now with a Merc available on equated monthly instalments(EMIs). And companies offer interest-free EMI options periodically,� said Sanjay Thakker, chairman of Benchmark Cars, a Mercedes dealer, and also promoter of the dealership chain that has Volkswagen AG and Honda outlets.

This trend works to the benefit of automakers that produce �aspirational� vehicle models that younger buyers decide they deserve to own, even if, by conventional measures, they can�t afford them. A BMW spokesperson said that the company had been designing cars keeping the youth in mind. �Our cars look young and have that aspirational value,� he added.

If a car�s youthful image �clicks� instantly with today�s young buyers, that definitely can boost sales. In many cases the end users of these �young� cars are the youth. Like, the Volkswagen Beetle, launched in India around a couple of months back. Thakker said most of the sales is coming from parents buying the car as gift for their children, aged about 20 years.

Confirming the trend, Abhijeet Pandit, vice-president, sales and marketing and operations, Hover Automotive India, strategic alliance partners for Nissan India said: �We are seeing a trend of younger customers of the age of about 40 years going for the X-Trail. These customers are mainly senior executives in multinational companies. This trend can be attributed to the rising incomes and the exposure to Nissan and other sports utility vehicle (SUV) brands during their travels abroad.� Nissan has been selling its SUV X-Trail and Teana in the country as completely-built units (CBUs) for sometime now, and the company said that the average age of the customer was around 40 years.

The response to 370Z, Nissan�s new sports car launched in January this year, has been encouraging, with 86 enquiries in the first week of introduction. �The age of 370Z customers tends to vary from market to market internationally. In West Asia, the customers are very young, say 25-30 years; while in the US, they tend to be older at 35-45 years. In both cases, the 370Z customers tend to be trendy people, who have a penchant for high-end luxurious goods,� Pandit further added.

The real reason behind this heightened interest, is perhaps the burgeoning premium car market in the country. Despite the economy hitting a blue patch, the urge to make a statement of personal success has perhaps become all pervasive. The year 2009 saw German arch rivals Mercedes and BMW tough it out for the top spot. BMW inched towards the crown selling 3,619 units over Merc�s 3,247.

The luxury car market in the country begins from Rs 26 lakh (Mercedes Benz C-Class) and extends up to Rs 5 crore (Mercedes� Maybach).