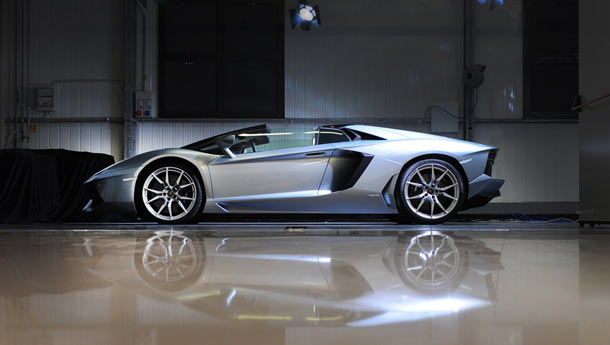 With a top-speed of 350 km an hour, the Lamborghini Aventador Roadster may be sporting an engine with more power than required for city roads. However, the statistics favour super carmakers like Lamborghini.

According to CLSA, millionaires in India are projected to double to 403,000 by 2015. That’s why luxury car makers such as Audi, Porsche, BMW, Mercedes and Lamborghini are pressing with their plans, despite the slowdown in automobile demand. Andrea Baldi, head of operations, Southeast Asia & Pacific at Automobili Lamborghini Asia Pacific, said, “The people we are targeting are seemingly few. Their buying decisions are not the same as everybody else’s.”

I can say that the financial crisis in Asia has not affected our sales. Its clearly giving us the impression that we can grow.”

The Aventador Roadster will carry a price tag of Rs 4.77 crore upon launch in the middle of this year. The model may be accompanied by the new Gallardo slated for launch in the coming months. Further, the company has promised to launch every model in India which will be introduced overseas including its only sports utility vehicle, Urus.

Last year, Lamborghini recorded a growth of 21 per cent in sales. With the new launches on the cards, the company is confident of growing much better this year. The firm, however, refuses to share its targets.

At present, Lamborghini has just two outlets in India - in Delhi and Mumbai. Lamborghini is keen on adding another one in south India.

Earlier this week, Audi, the world's second largest luxury car company, launched the R8 sports car with a price tag Rs 1.34 crore (ex-showroom, Delhi). The R8's launch was only preceded by the launch of the new Audi Q5, a sport utility vehicle, earlier in the month.

Michael Perschke, head of Audi India, said, “2013 is a critical year for Audi in India and we will see the announcement of several initiatives on the product and network front. The first month of 2013 already saw the launch of new Audi Q5 and with the launch of Audi R8, we will further consolidate our leadership position in the super sports car segment in India.”

Similarly, UK's Rolls Royce, which sells the Ghost for Rs 3 crore and its flagship model Phantom for around Rs 4.5 crore, sees the potential to sell 130-150 cars a year over the next three years in India, with demand coming not just from tier-I cities but tier-II cities as well.

Lamborghini will most probably achieve its sales target of 50 super cars much before the 2015 deadline.

Meanwhile, luxury car brand Aston Martin, which became famous thanks to James Bond movies, has matched its last year’s sale of 20 units this year as well. Each of the Aston Martins cost more than Rs 2 crore.

Tata Motors-owned Jaguar Land Rover, too, does not want to be left behind in the race. It commissioned the works of its first locally-built Jaguar at its Pune facility, aimed at pricing the luxury saloon competitively, compared to alternatives from Audi, Mercedes and BMW.