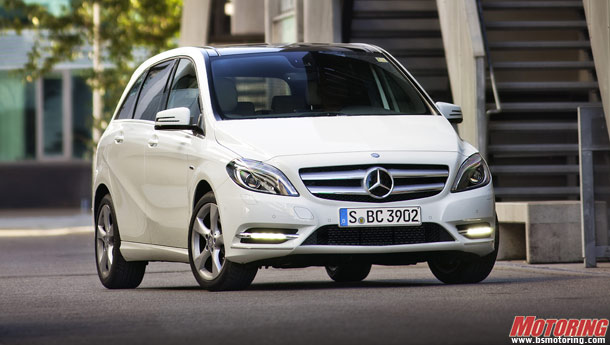 Luxury car makers are lowering the entry barrier to Rs 20-25 lakh and lining up nearly half a dozen launches in the premium segment to draw in India’s rich and rev up volumes.

With the number of high networth households in India is set to rise further, industry experts expect over 300,000 vehicles priced above Rs 20 lakh to be sold in the country by the end of the decade.

Take the case of Mercedes Benz, which was the luxury car market leader till a few years ago in India. The German auto maker has firmed up plans to launch a new B Class Sports Tourer in September. A compact A Class car and a premium sports utility vehicle GLC, aimed at taking on BMW X1 and Audi Q3, would follow over the next two years. All three cars are expected to be tagged between Rs 20-25 lakh, lowering the price barrier for brand loving consumers.

The Indian luxury car market which witnessed scorching growth rates of 70-80 per cent in 2010, increased by a modest 10 per cent in the first six months of 2012.

Overall, the sale of all vehicles priced above Rs 20 lakh (which includes premium offerings such as Toyota Fortuner, Honda Accord, Skoda Superb, among others) had increased 27 per cent to 32,764 units in 2010-11. Volume growth in the category moderated to 10.5 per cent at 11,627 units in the first quarter of this financial year.

“It’s not only the mass segment that has been hit by the rise in interest rates, excise duties and fuel prices,” said Debashis Mitra, director (sales & marketing), Mercedes Benz India.

“Our customers are senior corporate executives and entrepreneurs. With the macro-economic conditions affecting industries across sectors, consumers are going in for cost-cutting exercises and postponing purchase decisions,” he added.

However, long-term prospects of the segment are still bright. According to a report by CRISIL and Kotak Wealth Management, the number of India’s ultra high net worth households (with a minimum net worth of Rs 25 crore) is set to triple to 219,000 in 2015 (from 62,000 in FY11) and their total worth will grow five-fold to Rs 235,00,000 crore.

“The penetration of luxury vehicles stands at around one per cent currently. In China, this is four-five per cent, while in developed markets like Germany it is as high as 14 per cent,” said V G Ramakrishnan, senior director (automotive and transportation), South and West Asia, Frost and Sullivan.

“Today, there are 81,000 UHNHs, then there are undocumented rich households in the category. Even if a third of them buys or changes premium vehicles every three years, we would have an annual market of 100,000 units,” he added.

It is this potential luxury car makers are aggressively trying to tap.

Michael Perschke, head of market leader Audi India, said: “We are looking at at least 28 per cent share in the Indian luxury car market by 2015. Audi has 28 models globally, one-two models would be launched every year to build volumes, while other introductions would consolidate brand appeal. We have enough on our dashboard to achieve our target.”

The company now has 13 products in this portfolio, compared to six in 2009. Studies have further been initiated to gauge the feasibility of introducing entry-level compact sedan A3 in India.

Luxury car makers have been gaining a bulk of their sales from entry-level models in recent months. The BMW XI contributed nearly a third to the sales of the company in 2011, while Audi registered 500 bookings for its latest offering, the Q3 (Rs 26.21 lakh), within five days of launch on June 6. Mercedes, in the meantime, has outlined the Next Generation Compact Cars (NGCC) programme to boost sales numbers.

“The B Class is the first of a series of compact cars we have planned for India. The idea is not to cut price but to introduce new products, create new categories, generate excitement and bring in numbers. We want to grow oursales over three-fold to 25,000 units by 2016 and to 90,000 unit by the end of the decades,” Mercedes’ Mitra said.

BMW, too, is scheduled to introduce an upgraded version of its 3-series sedan later this month. The BMW 1-series (tagged around Rs 20 lakh), meanwhile, would hit Indian roads early next year.

The three German car makers account for nearly half the sales of vehicles priced above Rs 20 lakh. Another 34 per cent of volumes in this price segment come from Toyota Fortuner, which has been a best seller since its introduction in August 2009.

Sandeep Singh, deputy managing director of Toyota Kirloskar Motor said: “We sell around 11,000 units of the Fortuner every year. Fortuner is doing very well and we have a share of 50 per cent in the high-end SUV (sports utility vehicle) market in the country.”

The remaining numbers come in from sedans such as Honda Accord, Skoda Superb and SUVs Mitsubishi Pajero, Renault Koleos and Hyundai Santa Fe among others.