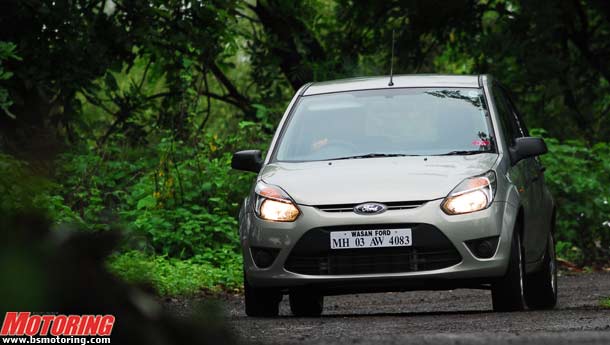 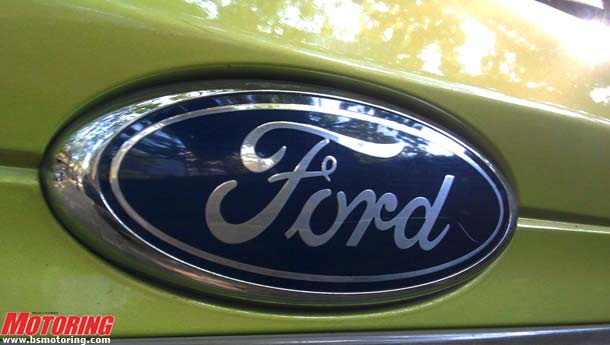 Michael Boneham is trying hard to learn Hindi these days. It should ideally have been Tamil, as his workplace for the last three-and-a-half years has been Chennai. But the Ford India MD says while he loves to listen to the “beautiful language”, it’s a bit too formidable for an Australian like him, write Shyamal Majumdar and Swaraj Baggonkar.

“Learning how to say namaste and shukriya has been far easier. Hopefully, I will pick up the rest of the Hindi words before my India stint is over,” Boneham, who has been in India for three-and-a-half years, says with a hearty laugh.

We are at the Coffee Shop at the ITC Grand Central in Mumbai. Boneham wanted an early lunch as he has to catch a flight back to Chennai (he was in Mumbai just for a day to celebrate the mega success of the car maker’s latest offering — Figo) and the Coffee Shop happened to be the only place willing to serve lunch sharp at 12 noon.

His fascination for Indian languages goes much beyond mere linguistic aspirations. “We are a people’s company manufacturing great people’s products, and understanding local languages is a must for an instant connect,” Boneham, who has been out of his home country for 10 years now, says, settling down in the corner table. To be sure, he was no stranger to India even before his current assignment as he had made several trips to the country as Ford’s manufacturing director, Asia Pacific and Africa.   Like all expats, he too professes his love for the country he works in: The diversity of India is amazing (“it is many Europes put together”); the knowledge of English helps a foreigner like him to bond with people; there is so much to see; Australians and Indians have a common love — cricket; and he loves spicy Indian food of various kinds.

He is no mood, however, to actually demonstrate his love for the last one on the list and opts for a mutton burger with cheese, and fresh lime soda. We settle for grilled sandwiches.

The only tough part of his India assignment has been to come back every night to his lonely riverside home in Chennai as his family members — wife and three sons — are away in Australia. Technology, he says, has made the world a smaller place, and he uses it liberally to be in touch with the “boys”, but the distance between India and Australia looks much longer than it actually is when he misses their physical presence. He goes to Australia on some weekends just to be with them for a couple of days.

One can almost touch and feel the tinge of sadness in his voice, but Boneham recovers fast and says he has found a solution to his loneliness. It must be yoga, we think, as that’s another favourite word of most expat CEOs. But Boneham’s answer is even more predictable: He just “immerses” himself in work. His typical workday starts at 8 am and ends more than 12 hours later. Early mornings and weekends are mostly spent at the gym or the tennis court, which is more than evident from his slim frame.

Boneham seems to be keener on the sweet lime soda than the burger as he says he has had a heavy breakfast. We try hard to finish eating the sandwich, which is no less heavy than a spicy north-Indian dish.   Ford India’s fifth MD, who excelled in steering Ford’s manufacturing operations in many parts of the world, is neither an engineer, nor an MBA — a common feature in the CVs of most who get to occupy the corner offices. He is just a plain graduate from the University of Australia, majoring in child’s psychology. “But I often joke with my engineers not to underestimate me. I have, hopefully, picked some of their skills on the job, but can surely teach them how to understand people’s minds. Once you know that, most of your job is done,” Boneham says with a laugh.

That skill has come in more than handy in a state that has seen a simmering discontent among workers in many multinationals leading to frequent strikes and shutdowns. Ford’s plant at Maraimalai Nagar plant in Tamil Nadu has around 3,000 workers and has seen its production capacity go up from 100,000 units to 140,000 units per annum with the addition of a second shift. The factory can manufacture up to 200,000 units in three shifts per annum. The company has invested $1 billion so far in India, half of which came during the last two years.

Boneham’s crowning glory in India, however, has been the success of the “global small car” Figo (Italian for cool), which has received a total booking of 25,000 units since its launch in March this year. The car, priced at Rs 3.5-4.48 lakh, has taken on the likes of Maruti Swift, Hyundai i20 and Polo from Volkswagen. It has been responsible for doubling of Ford India’s half-year sales numbers and the car is also being exported to South Africa. “Figo is a game-changer for us and will help us to increase our market share in India,” Boneham says. It’s indeed a game-changer. Though Ford was amongst the first car makers from the West to enter India 13 years ago, it sold just 30,500 cars in 2009, which translates into a tiny market share of 1.8 per cent.The company had started out with Escort and added new models such as the Ikon, Fiesta and Endeavour. But the response from Indian consumers wasn’t great and the overall impression was that Ford had lost the plot with its slow pace of new launches — until Figo, India’s longest compact hatchback, happened.   The car is targeted at the upwardly mobile mature youth. Boneham admits the company had been slow in getting its act together in India (Ford is the fifth-largest car maker in India) but there is no stopping now. “It takes time to understand the Indian consumers’ psyche, which is unique. In most parts of the world, consumers first look at the features of the car and its looks and then ask for the price. In India, it’s the other way round: People look for the price first, then the resale value and after-sales service, and then they want the best possible features,” he says.

He is, therefore, thrilled with the success of Figo as the company seems to have finally understood Indian consumers. This new-found confidence means that the pace of new launches, customised to suit Indian conditions, will quicken (a new launch every 12 to 18 months) and India will be the production hub for Figo for the Asia-Pacific region and Africa, Boneham says.

That’s the language his bosses in the US have been longing to hear from the CEO in a country that has become a new battle front for the world’s top car makers and which is going to be the second-largest market for the company outside of the US.