Lotus celebrates the 20th birthday of the lightweight Elise by unveiling a limited version. The original Elise was presented at the Frankfurt Motor Show back in September 1995. The Lotus Elise 20th Anniversary Special Edition is based on the Elise S Club Racer with classic colour schemes. The Elise 20th Anniversary sports a lightweight aero-optimised, composite body, with a weight reduction of 10kg on the standard Elise. The engine is the same 1.8 litre supercharged unit capable of accelerating from naught to 100kmph in 4.6 seconds and has a top speed of 237kmph. 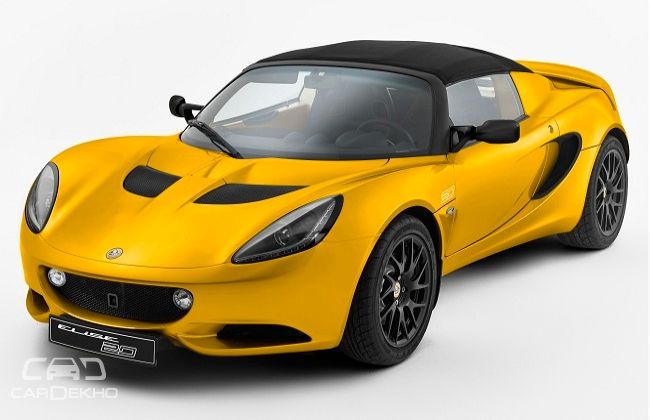 Elise has been the most successful Lotus model considering the numbers built. It sold a total of nearly 32,000 units built and sold around the globe. In addition to the Elise, the Lotus small platform technology has been used to great success in the Lotus Exige, Lotus Europa and Lotus 2-Eleven models, all of which are, or have been manufactured by Lotus at its Headquarters in Hethel, Norfolk.

Jean-Marc Gales, CEO, Group Lotus plc, welcomes the limited edition saying, “It is sometimes hard to believe that the Elise has been around for 20 years. It was ground breaking when it was launched and continues to be the benchmark for handling and performance in its class. Over the years we have improved and refined the Elise but we have also ensured that we have retained the purity of the driving experience and for the Elise to remain as the sports car to which other marquees aspire”.