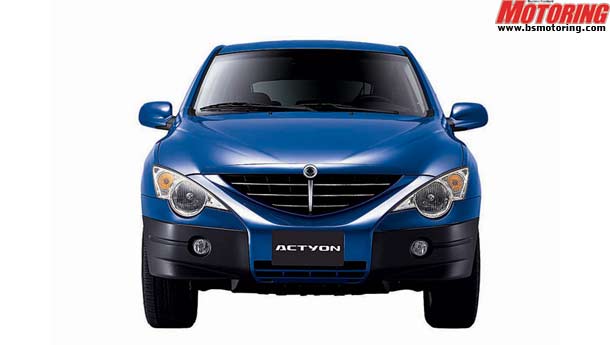 Utility vehicle major Mahindra & Mahindra (M&M) will try to have in place a Korean national at the helm of troubled automaker Ssangyong Motor, after the acquisition.

M&M, which was selected as the preferred one by Ssangyong from the final list of three bidders, plans to sign a preliminary deal with Ssangyong by month-end. The deal is expected to be complete by November.

Sources say having a local chief executive will be ideal for handling complex matters such as the work force. Labour issues have been volatile in the past.

In addition, as M&M intends to keep the Ssangyong brand separate from itself, the company would require a person outside the M&M fold to look after day-to-day matters, sources added.

“As products of both M&M and Ssangyong are separate, catering to different segments of the value chain and operating in totally different markets, it is essential to have a chief executive who is a Korean and knows the brand well,” said the source.

While M&M is the market leader in India with a share of nearly 60 per cent in the utility vehicle (UV) segment, its presence abroad in the same segment is limited. It does not have a manufacturing base abroad for UVs and has to depend on exports.

In comparison, Ssangyong sells its products, primarily SUVs, through more than 1,300 dealers outside South Korea.

It is, however, not clear if the new CEO will be from the existing management of Ssangyong or outside. The plan, however, of M&M is in line with their general one of having in place an expert with sound knowledge of the operations.

For instance, M&M appointed Chetan Maini as the chief of technology and strategy at Mahindra Reva (formerly Reva Electric Car Corporation). Maini was a founding member of RECC. M&M had bought 55.2 per cent in RECC in May, with Maini agreeing to continue on the board of the new company.

Brand relift
M&M will also look to rebuild Ssangyong’s brand, which had seen substantial erosion in even the South Korean market, where its share has dipped to below five per cent from a high double-digit one years ago. It is presently the fifth largest automaker there, after Hyundai, Kia, Renault and General Motors.

Sources added that M&M, in its bid offer, put down a business investment plan and volumes the company should see happening. Confirmatory due diligence will be done after signing the memorandum of understanding.

M&M was chosen to be among the final list of bidders by the Korean company last month. While other major bidders including Renault Samsung, Renault-Nissan and Seoul Invest opted out of the bid due to concerns over high valuation, the Ruia Group’s Raghav Industries and Daewoo Bus were involved in the final leg.