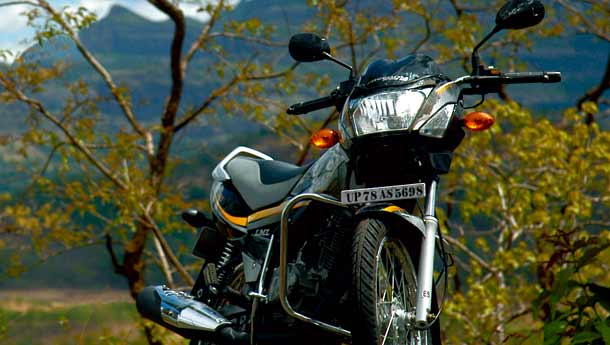 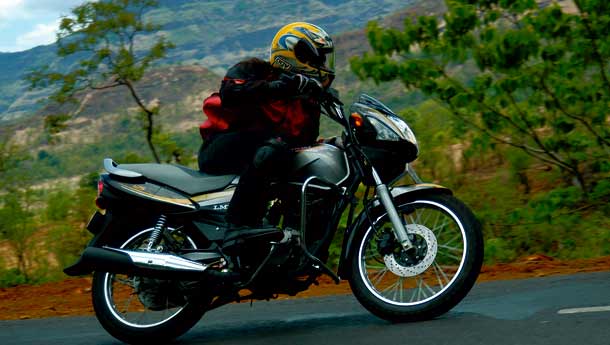 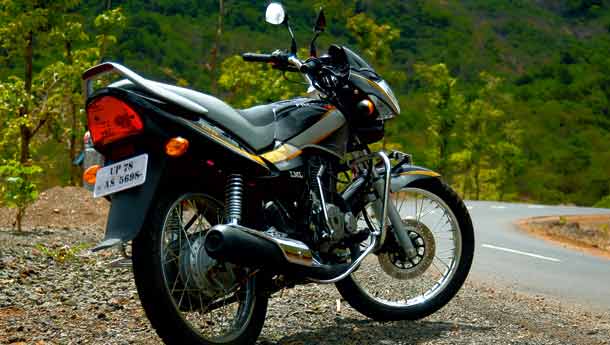 Like the queues at old-style government-run booze shops, with a zillion hands clutching money grappling through a tiny window, our manufacturers are busy trying to buy (or rather sell) themselves portions of the booming commuter pie.

And now that the 110s are choc-a-bloc, the 125cc segment is the next target. Already, we have the Bajaj Wind 125, the HH Ambition, the TVS Victor 125, Bajaj’s hush-hush K60 project (coming soon), the Kinetic Velocity 125 (okay, kidding there), Honda’s 125 (rumoured for launch early next fiscal), Yamaha’s Fazer (you’ve already read about that) and this, the LML Freedom Prima 125.

With the K60 and the Fazer expected within the next couple of months, back-to-back, no-holds barred comparos should be bloody good. But for the moment, we have this baby here.

Regular readers will remember that I had a huge soft spot for the Freedom. I loved that machine’s stability (in corners and in crosswinds), its handling and the torquey (if noisy) engine. I did have my cribs – you couldn’t hug the tank, the depression around the filler cap helped monsoons enter the fuel tank and I wanted still more power.

So when I rode the Freedom 125 towards this story, I was surprised to note that a) most of the 125s are very similar – safe, refined, eager and not outstanding and b) the Freedom only misses out on the ‘refined’ aspect of a). Yes, the Freedom’s 124.88 cc engine, a free-revving, fun unit, with very good torque is a bit rackety. Getting close or slightly past the 8000 rpm peak power point is a pretty audible trip. However, the class-average 10.7 bhp is quite welcome and in traffic, the power I missed in the old Freedom is very evident. Once again, the 7.3 second run to 60 kph and 53 kpl fuel economy are in the class ball park.   But while most of the commuters adopt safe styling packages, the LML, like the Graptor, adopts a very different look. The flattish panels, over-loaded tail piece, black silencer and funny fairing are all very different from the rest. Personally, I didn’t think the Freedom was pretty, and I still don’t. And I didn’t like the Freedom’s propensity to freeze between gears. And I still don’t like that either – the 125 manages to do that to you every once in a while.

But that, again, isn’t why the Freedom is so likeable. The 125 has lost some of the stability of the older Freedom in crosswinds, but is still a hugely planted cornering machine. Flick the machine into a corner, and it just does what it is told. For instance, the picture you see has a transition right after the apex, where the road goes from smooth to ultra-bumpy. To the Freedom’s credit, I never lost the line I chose irrespective of my speed or body position.

The Freedom did bounce me around a bit there. That is because it is a bit stiffly sprung and while good to moderate roads feel nice and plush, bad roads aren’t easy on the rider. Again, the bike itself doesn’t change lines or waver about, just the rider.   Which brings us to the revelation – the Freedom 125’s disc brakes are simply superb. They’re not the friendliest of units and need a bit of getting used to. A very light squeeze produces a prodigious (and initially, intimidating or crash-inducing) amount of bite. The brake is so good I had to re-learn the squeeze-brakeforce relationship before pulling off some very short, very sure stops. The lever also returns a thorough stream of feedback that makes it a joy to use. However, you do get a feeling that a grippier tyre up front than the 2.75x18 MRF Nylogrip Zapper-F would boost stopping power even further.

In typical LML style, lots of attention has been paid to the details. Which makes it a nice experience to ride the bike. For instance, the switchgear looks great, hazard lights are a welcome addition and the light-effort centrestand are all nice. Among the new gizmos is a power-economy mode indicator and two running lights that have been added to the fairing.

One thing, though, trying to switch the hazards on while riding can be tricky. I managed to hit the engine kill switch in the process a couple of times. No, I am not that clumsy. Also, our Freedom, which shares the filler cap design, used to let rain in, this one does too.

But through all the changes, updates and upgrades, the spirit of the old Freedom is still extremely evident. Which means for Rs 51,999 on-road in Mumbai, you can get yourself one of these babies. The LML Freedom 125 may not be the most refined of the 125cc lot, but it is definitely among the more fun ones to ride. As for the old ‘govmint’ liquor shop queue, the more the manufacturer’s crowd, the greater the competition. Which can only be good for us, right?