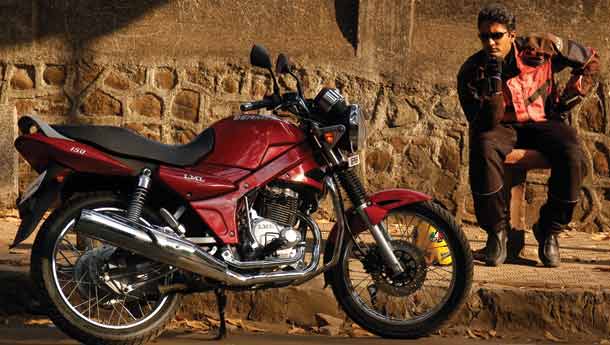 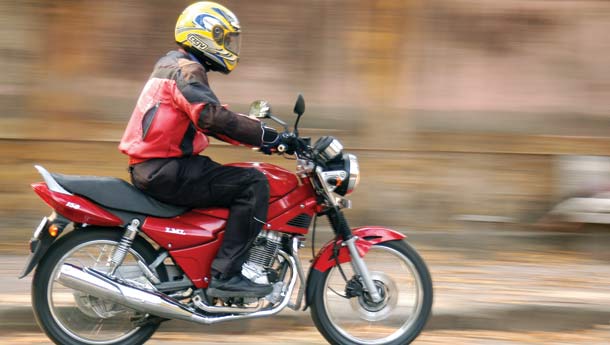 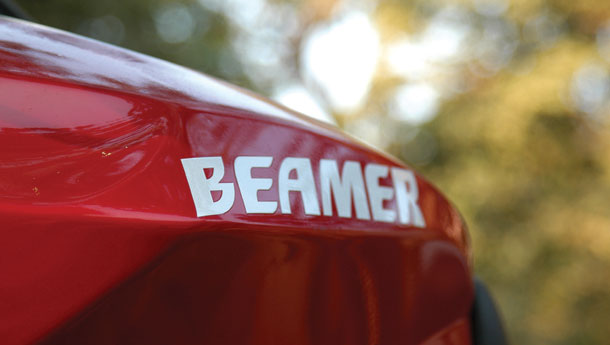 When Rodin did that panel, did he know that the central figure, ‘The Thinker’ would become more famous than the panel? And that pondering figure, sorting out good and evil, would in fact become a sort of metaphor for the situation I am in? Obviously, this is meant more in the metaphysical sense than ‘this bench is too freaking tall, man.’

The object of dilemma is the new LML Beamer. Which, you can see, has a lot to do with the Graptor. To be perfectly honest, I think the Graptor looks different, but not great. Wedgy panels, tense slashes and flat panes connecting dynamic surfaces is fine. It could even be great if the inspiration comes from a really hot Italian motorcycle. However, while LML managed to get the tank proportions just right, they messed up the rear completely. At certain angles, the Graptor looks like a chap who did too many dumbell curls but not enough squats – V-shaped body on stilts.

Overall, the Beamer does look better than the Graptor. The naked headlamp is an improvement and at the very least it draws attention away from the puny tail. However, the colour-matched frame is a bad move. Had it been left in aluminium-finish, the red-maroon bike in the pics would have looked far classier. And while we’re talking about the frame, I still don’t get why the panel near the swingarm pivot is made of metal.   Given that the Beamer’s chassis is practically identical to the Graptor, the handling and ride quality are in the same ballpark. Cornering on the Graptor has always been a bit underwhelming and the Beamer isn’t different. It’s like a perfect-looking apple that got picked moments before the insides became just-right. The reach to the handlebar is a bit long, and the bars are mounted high. This damps out tactile feedback from the front wheel, but you can get used to this. However, you cannot escape the feeling that the capabilities of the chassis are still locked away and someone hasn’t opened the doors yet. Let me explain. Once you’ve counter-steered into the corner, the Beamer will hold a line and respond correctly to mid-corner corrections. But trail braking is not on – the wooden front disc and stiff suspension do not inspire the confidence to use up whatever traction is still available. Which isn’t something a suspension tuning and different bars wouldn’t fix, but that’s why the apple analogy appears.

The ride quality isn’t in the same ballpark as the new Pulsar DTSis or the Unicorn. While the Bajaj is pretty slick now and the Unicorn is very well damped, the Beamer sports amazingly stiff rear suspension. Which might repay you on a track, but face it, you’re never hot-lapping Sriperumbudur or Coimbatore on one of these. On rough and broken roads, the Beamer jumps about and while the tyres may not really leave the ground, contact between  bum and seat isn’t constant. Add this to a seat which goes flat pretty quickly and you’re looking at highway trips with loads of chai breaks.

However, all of this just pales into insignificance when you begin to appreciate the engine’s virtues. LML has altered valve timing and tweaked intake and exhaust headers for better output. And it works – the Beamer’s 150.85cc engine makes a class-topping 13.9 bhp, while torque is up to 1.28 kgm. And the torque curve is as flat as a kitchen counter. More than 1 kgm is on tap from 2500 rpm onwards! The Graptor never really delivered on its performance promise, but this one does. In quick time! Open throttle and the Beamer is off in a tearing hurry. The powertrain is quite refined on the vibration front, but man, it likes to make a racket. The exhaust note is pretty sweet throughout, but the engine makes Navratri-Garba-scale noise that carries on all the way to redline, long after the neighbours have called the police.   But it isn’t a deterrent, because you’re having too much fun at this point. The hefty torque pushes the bike along firmly and unrelentingly, and within five minutes of riding it, the Beamer moniker is self evident. I’m not cricket crazed (thank god) but I can just imagine the sort of full-toss ball-to-the-head sort of delivery that a Beamer would be.

Popping the clutch at 4000 rpm is enough to have the front wheel pointing skywards. In fact, our test bike seemed to be pulling leftward gently on the brakes, so the Beamer was a bit of a scare as speeds rose. However, slick gearshifts, a starter motor and the light throttle and clutch effort just beg for abuse, revs, speed and fun. In which department the Beamer really shines.

So why am I doing a life imitates art number in the opening pic? You see, the Beamer has left me a bit mystified. Do I like it? Yes, definitely. But should I be recommending you the bike as a purchase? I am not so sure.

Let me explain. The hard fact is that while the Beamer has the potential, both the Unicorn and the Pulsar 150 outhandle it. It is also pretty clear that both of the competing bikes also sport better ride quality. But while we haven’t tested the Beamer yet, I am more or less confident that it’ll either pip both to 60 kph, or be very, very close. If we were to measure the noise, the Beamer will beat ‘em. Here’s the nub, I think the Beamer would prove more fun to ride than both as well. It also is the underdog, and there’s a bit of charm in that too.