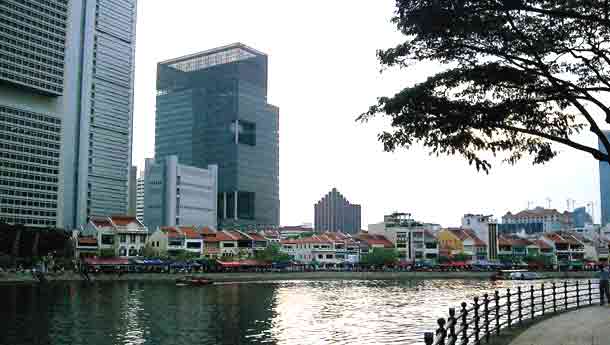 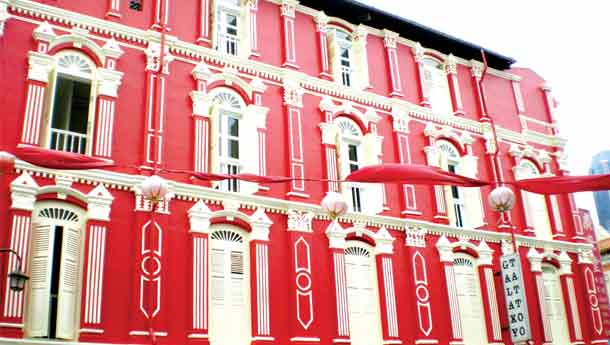 This is totally insane. It’s 3 am, a time when most people with any semblance of sense are fast asleep. Instead, I’m out with fellow journalists, shopping (yes, shopping) for things like chocolate, perfume and shoes. I repeat, at 3 in the morning. Where exactly are we doing this? At Mustafa’s, the totally bonkers 24-hour shopping centre in Singapore. Why bonkers, you ask? Hello, weren’t you listening? I said ‘3 am’! Who shops at 3 in the bloody am?!

Well, apart from us, it looks like the whole of Singapore does, or the tourists in Singapore, at any rate. What a place! I’ve never seen anything like it – some 75,000 square feet of real estate selling everything from groceries to digital SLRs, all at prices they claim are the lowest in town. It’s a completely different universe in there – thousands of people dedicatedly engaged in buying stuff, a slightly glazed look in their eyes, a mind-boggling array of merchandise, a riot of colours, harsh fluorescent lighting; it’s all very disorienting and vaguely distasteful. Doesn’t stop me from smoking my credit cards, though; I pick up all sorts of things I don’t need. The scene outside is almost as surreal; the long sidewalk alongside Mustafa’s is crammed with eateries, mainly serving Indian food, and every single one is packed. After a point, it’s a bit much for me and my body clock is telling me to turn over on my stomach and squash the pillow, while my brain is trying to deal with noise and crowds and food smells at close to four in the morning. I flee.

Not the best possible start to my Singapore sojourn, possibly, because it could have coloured my opinion of the place. However, a good night’s rest is one of the all-time great curatives; I awake with a renewed sense of enthusiasm. Staying with an old friend whom I haven’t seen in over ten years; he’s got a lovely old house in a quiet part of town. He doesn’t speak too encouragingly about the city, though. Man, there’s really nothing to do here except eat and shop, and for how long can you do that?’ Still, he’s lived here a few years, so perhaps he’s a touch jaded. Nevertheless, he tells me about a few things I could get up to, so off I go. The metro’s a short walk away, and on the way there I find that the whole cleanliness thing in Singapore isn’t ALL true; a housing complex I walk through has soda cans and plastic bottles strewn on the edges of a playground. Still, I’m sure the perpetrators were hunted down and caned, or given wedgies at the very least. Metro station’s the very picture of cleanliness and efficiency, on the other hand; it’s almost like someone comes and scrubs everything every few minutes. Am again reminded that an efficient, safe and comfortable public transport system is the way to go. Only quirk is a safety film that airs every few seconds; it’s full of gory images from train bombings and essentially exhorts you to be suspicious of just about everyone on the train. Hell of an incentive for commuters!
Headed to Little India. Not sure why, since I’ve just arrived from Very Bloody Big India, but it had seemed like a colourful place in brochures. And it is, too. They’ve got the name dead right – it’s like they boiled India down to a thick, concentrated Milkmaid-type thing and let it loose on the public. Actually it’s more like Little South India; Dravidar Wines sits slightly tipsily next to Komala Vilas restaurant, which shares a neighbourly chat with a maami busily stringing garlands for the local temple. This isn’t surprising, since most Indian-Singaporeans are in fact of south Indian origin; their ancestors came over in droves, mainly as traders. Feel like a pukka filter coffee, so pop into Ananda Bhavan and down one; it’s totally authentic, I’m glad to report. It’s a wonderful mix inside – Indians, Chinese and all sorts of other people sitting next to each other and demolishing dosas, uthappams, ‘set meals’ and whatnot. The lanes of Little India are really rather nice to walk around in, as I discover. Sure, there’s a touristy element, but there’s plenty of authenticity in there too, from the non-stop stream of Tamil emerging from shops, to the corner grocery store selling everything you’d find in a similar shop in India, to the quite dizzying mix of smells (jasmine, coffee, spices, flowers, ghee and a hundred others) that assaults your nostrils wherever you go. I’m rather enjoying this; I didn’t think I would, at first. I suppose there’s a grain of truth in the saying that you can’t really take India out of an Indian.

Another reason I’m here is to find parts for my beloved RD350 – the nearby Serangoon Road has a number of bike shops. Alas, nobody has any; I’m told to ‘try Australia’.Temporarily deflated, I down a couple of tangy lemonades (the weather’s horribly muggy here for most of the year) and set off for Chinatown, the bastion of the Chinese community and another of Singapore’s major attractions. I decide I’ll walk – big mistake. In next to no time, I’m knackered; the humidity really is something. Hop in a deliciously cool taxi and ask the driver to spare no effort (taxis are cheap here, by the way) – he doesn’t, and I’m deposited in Chinatown shortly. First order of business is lunch and, on a crowded lane fronted by colourful buildings, I find a promising-looking place – Singapore-style crab is advertised, and I’m mad keen to try it. Classic version is chilli crab, but waiter suggests I try the pepper crab; I order both. Needless to say, they’re superb – succulent, robustly spiced and full of flavour. By the time I stagger out, holding my sides, I’ve also devoured some pork ribs and prawns in garlic. Gross over-consumption, yes, but thoroughly satisfying. A post-lunch stroll around Chinatown reveals two things – it’s most certainly Chinese, but a lot of it is tourist-oriented, unlike Little India, where everyday life has become a sort of tourist attraction. Still, it’s definitely worth a look around, especially the inner lanes, away from the touristy areas, where the old markets and shops are. A tip – if you wish to buy perfume, Chinatown is the place. Cheaper than duty free because they sell older stock and testers, but what the heck, it smells the same. Also the place to buy... well, Chinese stuff, like silks and incense and things.

Decide to wander over to Orchard Road, the hottest shopping destination in town. Essentially it’s one very long road dedicated purely to the endeavour of parting you from your money. All designer labels present in full force, in mall after gigantic mall – you could easily bankrupt yourself here in a matter of hours. I leg it before such a fate befalls me, in the direction of the riverfront and the Asian Civilisations Museum. I pass the grand old Raffles Hotel on the way, where luminaries like Rudyard Kipling and Charles Chaplin have stayed – truly a wonderful old structure. The museum’s great too, another lovely colonial building with very well thought-out displays on the heritage of Asian cultures. Follow it up with a river cruise, passing by towering skyscrapers and stately old buildings alike – a great way to take in some sights, including the famous Merlion, spouting water into the sea.   I stroll around a bit more, waiting for sundown and for the nightlife to begin. Clark Quay, as the area is known, soon springs to life, abuzz with activity and people looking to have a good time. Catch up with our Nandu, who’s on his way to becoming a pilot for Singapore Airlines – the fellow’s as delightfully ditzy as ever. We spend the evening at the Crazy Elephant, one of the best blues bars I’ve been to yet, and then head over to one of Singapore’s ‘hawker centres’, where you get the most fabulous street-style food imaginable, all served up fresh off the coals. Almost too delicious to even describe, so suffice it to say it’s got to be experienced first hand. What a superb end to a Singapore day! Great food, good company and the promise of more to come on the morrow. As for the city – well, it’s best summed up thus. At the end of my first day there,I felt like I’d been living there for years. It’s not the most picturesque city, and certainly not the place for much cerebral activity, but it puts you at ease immediately. That’s got to count for something, eh?

Get one thing straight. If you want a holiday filled with culture, sophistication and subtle nuance, Singapore is not where you should be headed. If, on the other hand, you want great food, lots of colour, a lively night scene and (of course) a shopping bonanza, it’s the ticket, and it makes no apologies for it either. There can be few places that are as family-friendly as Singapore – there’s literally something for everyone here. Sentosa Island, for example, has a wonderful marine aquarium and innumerable rides, including a great cable car to the mainland. The Singapore Zoo is excellent, and the night safari, although slightly cheesy, is worth a go. Jurong Bird Park is lovely as well, for those with an interest.

You absolutely must get on the Singapore Flyer, a giant… er, giant wheel that gives you superb views of the city, especially at night. The Reverse Bungy at Clark Quay is a must as well, for a shot of adrenaline straight to the heart. Food? Go to any hawker centre and you won’t be disappointed – and do try the simple but delicious Hainanese chicken rice. The Indian restaurants in Little India are very good too, for the most part. Shopping? Well, there’s really no need to tell you more – your woefully empty wallet will bear testimony to the city’s shopping culture.

As far as hotels go, there’s no shortage in Singapore. Cheap and best options include the Fragrance (www.fragrance.com) and Hotel 81 (www.hotel81.com.sg) chains, starting at S$50 per night. The Raffles Hotel (www.singapore.raffles.com) is the ultimate splurge, at S$900 per night onwards.