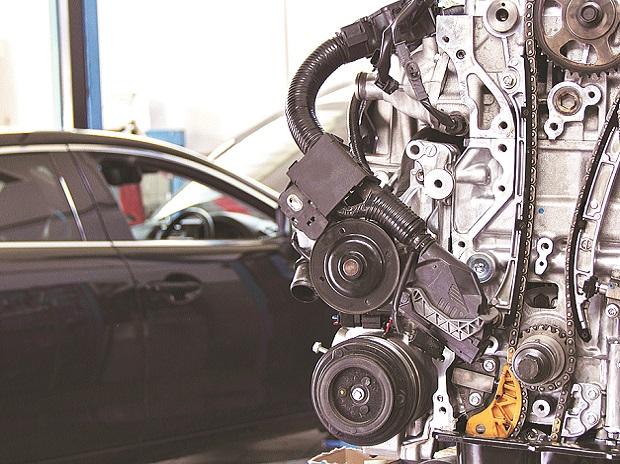 Private equity firms AION and SSG Capital, UK-based Liberty House, and Deccan Value Investors, a US-based hedge fund, are learnt to have submitted bids to acquire Amtek Auto. These bids, along with resolution plans, would have come above the reserve price of Rs 4,000 crore set for the company by the resolution professional. Thursday was the last day for making bids in the Amtek case.

Details of the resolution plans submitted by these bidders would be known in the coming days, said a person familiar with the developments. Amtek Auto’s stock price hit an upper circuit of Rs 28.50 at the BSE on Thursday, up 4.97 per cent from the previous close. The scrip has rallied about 11 per cent this week.

The company has a market cap of just Rs 700 crore. The Delhi-headquartered, BSE-listed auto components maker has a debt of about Rs 10,000 crore. Along with interest and other charges, the total claim of banks and financial institutions is estimated at Rs 12,000 crore. However, banks might have to take a significant haircut since the bids are likely to be lower than the total claim of Rs 12,000 crore. SBI, IDBI and Corporation Bank, among others, are lender to Amtek Auto.

ALSO READ: Bhushan Power & Electrosteel get 90-day extension
Amtek Auto — the only auto company in the first list of firms identified by the Reserve Bank of India for bankruptcy proceedings — counts Maruti Suzuki, Hyundai, Tata Motors, M&M and Hero, among others, as its customers. It primarily manufactures forging and casting components for the automobile sector. Amtek Auto reported a consolidated loss of Rs 2,533 crore for the year ended March 31, 2017. Revenue from operations was Rs 1,966 crore for the year. The steep loss is mainly on account of a high finance cost of Rs 1,305 crore for the year. The company faced a low demand and capacity utilisation in FY16 and FY17, owing to a slowdown in demand from domestic automobile segments such as light commercial vehicles, tractors and select carmakers. The sluggishness in the construction market has also contributed to the decline in business, affecting its ability to generate adequate cash flows to service all the debt it had raised for domestic expansion and overseas acquisitions.

The company is estimated to have 20,000 employees, working at various facilities in India and overseas.

Before its case came to the National Company Law Tribunal, Amtek Auto had made attempts to shed debt by selling overseas and domestic assets since 2015. Morgan Stanley was hired to advise on the sale of certain overseas assets.

EY and Grant Thornton were roped in to find buyers for Amtek Auto’s domestic assets. Differences in valuation, however, prevented a transaction.