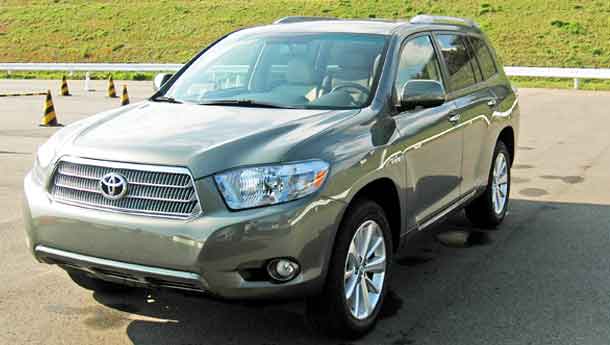 I shifted house a few months ago, about three kilometres further away from the office. Three kilometres is not a major distance; not on paper, anyway. In a perfect world, I would have had to travel for another seven or eight minutes, at most. Mumbai, of course, takes particular pleasure in bringing people down to earth with a resounding thud. My commute, which used to be a little over half an hour, has more than doubled; I consider myself lucky if I get to work in an hour. Needless to say, I don’t get lucky very often (in every sense of the word, mind you) – an hour and a quarter is par for the course. That’s fifteen whole minutes per extra kilometre, a figure that you could laugh at if it weren’t so startling.

For a whole 45 minutes more, I’m stuck in endless, mind-numbing streams of traffic; I’m making up innovative swear words to hurl at the idiots who cut lanes; I’m cranking up the music in order to try and calm myself. All of this is bad enough; what’s worse is that I’m burning 45 minutes more of fuel. More fuel burnt = more emissions = global warming = rising sea levels = two-bedroom boats – you get the idea. What’s a person to do, then? You could, of course, decide to go down with all guns blazing, burning all the fuel you can in a frenzy of consumption. That would be the petrolhead thing to do, to rage against the dying of the light, as it were. The only problem with this approach is that pretty soon you’d have to do the quarter-mile on a bicycle.

Or, you could swallow your pride, set aside your prejudices and think about hybrid technology. I can sense some of you starting to froth at the mouth already, and I believe that’s a perfectly normal reaction. I have to confess that my own view of hybrid cars has been somewhat dim as well. Seriously – if you lined up a hybrid car and a Palio GTX, for example, I would normally not be seen fighting for the keys of the hybrid. The idea of driving around in what is essentially a pumped-up automatic scooter isn’t especially appealing, and never mind the guilt-free experience.

You see, in a hybrid vehicle, power is generated by both a conventional IC engine and an electric motor. At start-up, the electric motor, powered by a battery pack, provides the power that turns the wheels. As speeds rise, and as the ECU senses the need for more power, the motor cuts off and the IC engine takes over. Meanwhile, the battery recharges itself, especially during braking, when the heat dissipated by the brakes is harnessed as energy. On paper, this sounds ideal, but in practice, hybrids have traditionally been rather dull to drive, and the switch-over from electric to IC power can also be jerky.

Cut to the Fuji Speedway in Japan, in the shadow of Mt Fuji. I’m inside the new Lexus LS600h, a luxo-barge right up there with the most bombastic of them. It’s almost 17 feet long, it’s got a 438 bhp, 5-litre V8 under the hood, 47 kgm of torque – and it’s a hybrid. Not just any hybrid, either; I’m sitting in the most powerful production hybrid ever made. The V8 engine, combined with the electric motor, produces the sort of power that is only normally seen in a 6-litre V12, instantly putting the LS600h into the rarefied space occupied by the BMWs, Ferraris, Aston Martins and Lamborghinis of the world, to name but a few. Sure, it may be a bit of a cheat, but when technology allows you to do it, why not?

I have a short section of the track ahead of me, encouraging me to fire both barrels. The engine’s already been switched on by a typically hyper-efficient Toyota official, but NVH levels are near-zero – I have never sat in a car this eerily silent. Indeed, Lexus claim it’s the quietest car ever, and I’m quite prepared to believe that. I’m literally in the lap of luxury, surrounded by a lavish (but entirely tasteful) cabin, most of which seems to consist of the softest leather imaginable. An S-Class has nothing on this Lexus’ cabin, and I say this after having driven an S-Class from Goa to Bangalore. There’s a 19-speaker, 450-watt stereo system at hand too, in case I feel like shattering a few windows. In short, I’m in an ultra-luxe living room, except that this 2.3 tonne room can go from 0 to 100 kph in 5.6 seconds.

I stomp on the accelerator and the behemoth takes off, absolutely noiselessly. This isn’t a car; it’s the bloody Bullet train – being a hybrid, the electric motor provides peak torque from 0 rpm and, combined with the petrol engine’s power, the sheer sensation of movement is unreal. All I can hear is a faint ‘ssshhhh’, as the car rockets to 160 kph in just over 13 seconds. The dual-stage CVT transfers power in a totally seamless manner; I try in vain to detect any sort of transmission noise. Parting the chilly air at 180 kph, I take a sweeping right-hander onto a banked section of the track, without slowing down. The full-time all wheel drive system, combined with traction control, ensures that lateral and straight-line grip is at super-glue levels, and the car doesn’t blink the proverbial eyelid while shooting through the banking and onto a straight. I’ve been in this car for not more than a few minutes, and in that time my preconceptions about hybrids have been shattered.

Alas, Toyota’s tight schedule doesn’t permit any more high-speed sensory deprivation. I do get a go in other hybrids, including the Prius, Camry, Highlander and a Lexus GS450, but they pale into comparison. The big Lexus is an absolute revelation. It’s luxurious, fast, comparatively eco-friendly (CO2 emissions are roughly the same as a 2-litre petrol engine!) and state-of-the-art beyond belief – there’s a camera that reads your face and detects if you’re looking away from the road, at which point it sets off a series of alarms. It’s also relatively cheap, since the base model is at least $15,000 less than the competition. Of course, if you consider $1,05,000 to be pocket change, well, I’d like to grow up and be you. Some day, the technology in this Lexus will trickle down to smaller, cheaper hybrids, and on that day it’s a good bet that I’ll be in a scrap for the keys.