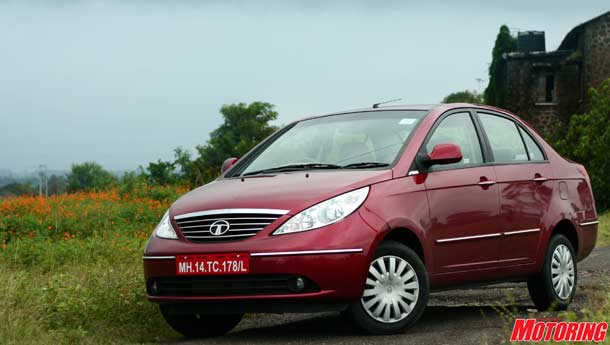 
Quite an eventful week indeed, with three car launches (BMW Z4, Chevrolet Cruz and the Tata Indigo Manza) thrown in. But the real fun started on Sunday, when I took my 13-year old son to watch David Coulthard scream across the Bandra-Worli Sea Link in a Red Bull Formula One car. Trust me, nothing short of a ten-cylinder F1 engine firing up can get him away from his PlayStation. And I could see that he was suitably impressed (ahem… I sneaked him into the media enclosure).

As for the hoo-ha regarding DC crossing the speed limit — c’mon guys, a Formula One car does not change gears till it reaches 100 kph! While I am absolutely against motorsport events organised on public roads (drag races, for example) there is nothing wrong with having some controlled Formula One action. Actually, they should do more of this stuff.

Time to take a quick look at the BS Motoring garage. There was a time, not so long ago, when one had to beg, borrow and steal test cars from car makers. Today, BS Motoring maintains at least a couple of cars as long termers. These cars are under constant evaluation for refinement and reliability issues, as well as performance and fuel consumption figures.

Last week has been pretty good, with a total of five cars in the fleet — the Skoda Superb,Volkswagen Jetta, Mahindra Xylo, Ford Fiesta 1.6S and the Suzuki Ritz. It is time to give up the comforts of the Superb and get a genuine driver’s car in my garage, and I have been eyeing the keys to the cool blue Fiesta 1.6S — currently maintained by Rohin, the BSM road test editor.

Last week I drove the Tata Indigo Manza in and around Pune and came back very impressed. The new car looked good, was well built, had good levels of finish and drove well. The diesel, which uses the Fiat-derived engine, is gunning for the segment leader, the Suzuki Dzire, and I will not be surprised to see it displacing the Suzuki from the top slot.

Aggressive pricing, that starts at Rs 4.8 lakh for the base petrol and goes up to Rs 6.75 lakh for the top end diesel, cannot be ignored either. Two things perplex me — why call it Indigo Manza, when Manza alone would have caused less confusion? Secondly, Tata Motors is falling into the trap of having to build two generations of the same model — how I wish they had focussed on the Vista and Manza, powered by Fiat-derived engines alone.

Way back in 1986, Honda launched the VFR750 and tasted immediate success. Many still consider this the most complete motorcycle ever made. It featured a four cylinder engine in ‘V’ format and developed just a shade under 100 bhp. The motorcycle was so good that it is still being sold (albeit as an 800) without much change. Come next week, an all new VFR will be unleashed as a 2010 model at the Tokyo show — this time the engine will displace 1237cc to develop 170.3 bhp. Progress? You bet.

What is a Plethore?
It is a seriously fast, Canadian built supercar powered by a 740 bhp V8 engine. I know, Ferrari sounds better.