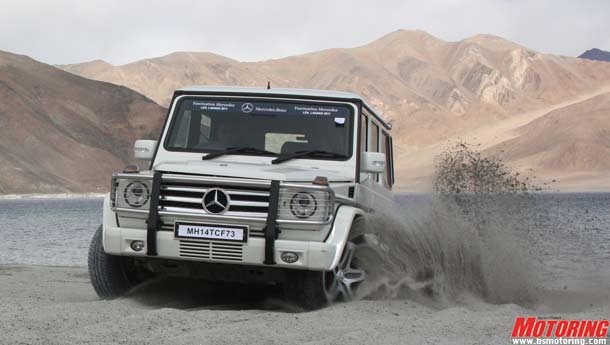 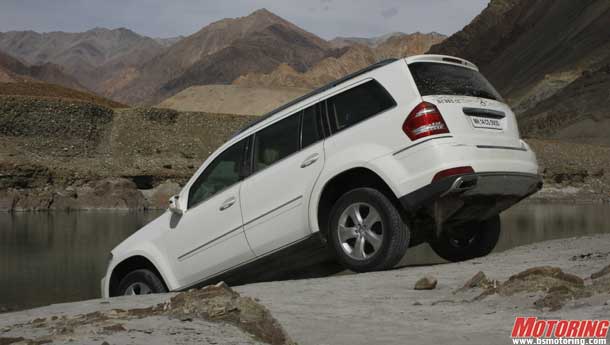 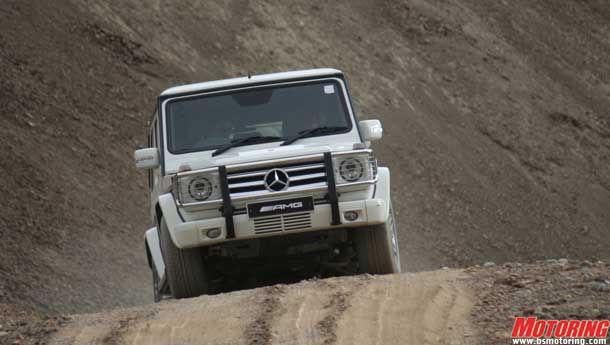 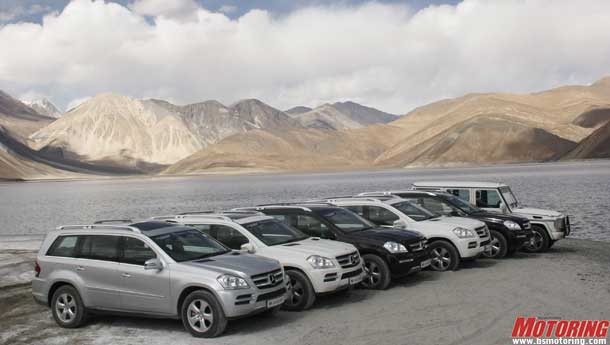 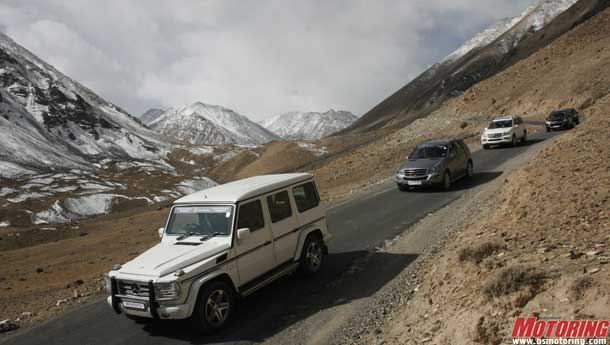 Stuff like this doesn’t come along every day. There I was, in possibly the most expensive passenger vehicle in the whole of Kashmir, driving up one of the highest motorable passes on the face of the earth. With oxygen levels diving, not to mention temperatures, we made our way up through the rocky, slushy and constricted rollercoaster of a pass to the top. 17,590 feet. In a Mercedes-Benz G55 AMG. Blimey. Mild panic occurred when a few people from the plains read the army sign proclaiming that this was the third highest motorable pass in the world. Or when they were told the oxygen here was half of what it is usually. We weren’t the only ones puffing while doing seemingly facile things — the G55 AMG had its share of breathlessness too, with only 10.9 per cent oxygen in the air.

Piping hot tea finished with, we started descending and it was then that we discovered what Mercedes-Benz really meant when its German engineers declared that ‘zis iz really capable off-road’. All the buttons that earlier gathered dust in the plains suddenly became all too relevant. Nature threw in rocks, ruts, snow, ice patches, giddying cliff edges and generally back-breaking terrain. While the G55 AMG relies more on solid old-school engineering to duel with the terrain, the other vehicle in our convoy - the heavyweight GL350 — relied on electronic brains. The GL is loaded with downhill speed regulation, off-road ABS, ESP and an air ride system that makes it stand tall, providing a huge 307 mm of clearance. If all the artificial intelligence fails, the GL just pummels its way through with sheer weight, like a hippopotamus. The G55 is more focused — three hardcore diff-locks and er, that’s all you can fiddle with. It stands out — like Rambo at Kim Kardashian’s house — hardcore, to-the-point, a bit bonkers and ludicrously capable. In these unforgiving upper reaches of the world’s road network, you truly realise what a Mercedes-Benz SUV is capable of. In this terrain, the Geländewagens come to life.

Now, the term ‘off-roader’ is an abused one in this day and age, quite like ‘artist’ or ‘blog’. Not everything that promises good off-road capability cuts the mustard. Most of them are too heavy and too road-biased to even think about decent mud-plugging capabilities — not that it stops them from promising Dakar-like capabilities — but what made this drive worthwhile was the fact that it really did show that things go beyond show-boating here. There’s more substance than you perceive initially. Sure, in almost 98 per cent of the cases, the most strenuous task these SUVs will do is to ferry the Khans and Kapoors of this world to an oh-so-fake PR event, but you’d be only using a tenth of your Merc’s potential that way. What will make you discover its true potential is by taking it across expanses that make Martian terrain feel meek.

The G-Wagen was born out of the military need to have a vehicle tough enough for battlefield operations. Simple, thoroughly-engineered and built from Panzer-grade material, the G-Wagen’s spirit can be traced back to the veritable car-on-a-half-track Mercedes-Benz G1 from the 1920s, which at times ferried the Fuhrer himself. With such credentials, I was itching to have a go at the G55 AMG — the V8 equipped, AMG-fettled beast from Affalterbach. Near the gorgeous blue waters of Sangam near Leh, I took a look around, chose the dustiest and most extreme looking climb, finished my sandwich and set course towards it.

Differentials locked, the G55 started climbing and the windshield soon showed only the icy blue Ladakh skies. With 507 horses and 71.3 kg (!) of torque, it’s virtually a battering ram with generous clearance. A rather tight and tricky bit comes up – huge dip to the left, elevation and rock face to the right, all in a track as narrow as the G-Wagen. Gingerly, I entered the trap and the whole axis skewed, as one set of wheels dropped elevation and the other gained some. Wheels were losing traction and were starting to spin, but all it needed was a few seconds for the electronics to figure out where the traction was and wasn’t. The power was transferred accordingly and with a V8 rumble from the pipes, the G got out. On the part coming down a rutted, sandy descent, it didn’t need any fancy electronics — I just let it slide easily and corrected when necessary. Impressive! The AMG version might be The Beverly Hills SUV, but don’t for a moment think it’s lost its gut.

But to tell you the truth, more than the boxy, hardcore appeal of the G55 AMG, the GL is the one that’ll surprise you. Somewhere in the back of your mind, you come to expect performance from the G-Wagen, not so much the GL350. To give you an idea, here’s a mammoth 7-seater which is 16.7 feet in length, 7.12 feet in width and weighs two and a half tonnes. Loaded to the roofline with electronics and an Off-Road package, it will do most of the things the G55 AMG does. It feels like you’re taking a small apartment down a 35 degree descent! Jacked up on its air-suspension kit, the clearance is a massive 307 mm, and the massive SUV making its way up unreasonably steep gradients is a sight. In fact, it’s more comfortable too, on and off the road, with the various assists on call.

So, it comes down to this. If your sole purpose of buying an SUV is the extra seating or looks, stuff like this isn’t for you. The road-focused part of the development will suffice, but if you want to discover and appreciate what the rest of the development — the off-road part — is focused on, you’ll need to kick up some dust. Trust me, you’ll not only appreciate your three-pointed star more, but you’ll also have a jolly good time.