Learning from the competitor: How Tata and M&M are revving up for play-offs 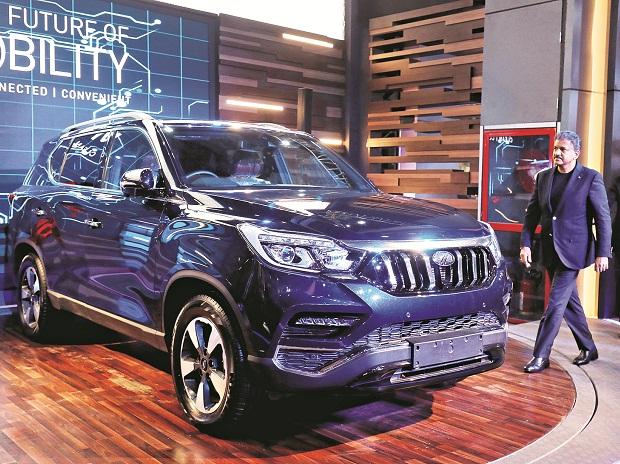 There is nothing unusual about cross auto diplomacy at motor shows, with top guns of companies visiting their competitors' pavilions. But at the 2018 Auto Expo in February, when Anand Mahindra, executive chairman of Mahindra Group, spent close to 30 minutes at the Tata Motors dugout, it became a talking point.

Mahindra was seen checking out Tata Motors' H5X and 45X concepts (offerings from the company's advanced modular platform architecture that would underpin its future cars and SUV models) and engaging in a deep and animated conversation with Pratap Bose, head of design at Tata Motors. Later, N Chandrasekaran, chairman of Tata Sons, and Guenter Butschek, MD & CEO of Tata Motors, reciprocated this gesture with a recce of Mahindra's pavilion.


"Today, every car company in the world is struggling to find a vision for the future landscape," remarked Mahindra at the Tata pavilion, adding that all companies would benefit if they could come up with a convergent view to see what the crystal ball holds for the industry. "After that, we can go back to wrestling with each other again," Mahindra said.


Although Mahindra's words echo the not-so-distant realities that are being influenced by disruptions from connected, autonomous, electric and shared mobility in an industry that is at the cusp of myriad changes, there are more short-term challenges at hand for his company. A lot has changed in the last six months. The battle lines between Mahindra & Mahindra (M&M) and Tata Motors have become sharper as the fight for the sought-after No 3 position in India's 3.3 million-odd passenger vehicle market has become fiercer. In the first five months of FY19, M&M sold only 11,667 more vehicles than Tata Motors. Tata Motors was the third-largest player for three years in a row from FY10 to FY12, but since FY13, Mahindra has tipped the scales in its favour. Today, though, the two are going neck and neck; M&M's market share at 6.89 per cent is just a little ahead of the 6.2 per cent of Tata Motors.

This marks the first time in almost a decade that the maker of Tiago and Hexa is competing so closely with the maker of Scorpio and XUV500. For Tata Motors, the efforts are aimed at getting back in the reckoning and future preparedness after years of subjugation. For M&M, it is about protecting its turf in a market that has seen rapid changes in buying behaviour.


M&M has already fired the first salvo in this turf war with the launch of the Marazzo, a multi-purpose vehicle that aims to wean buyers away from the Suzuki Ertiga on one side and Toyota Innova, on the other.


Later this financial year, two more models -- the Y400 and the S201 -- are expected to go on sale. The Y400 will be a premium offering that will be pitted against the Toyota Fortuner, and the S201, a compact SUV like the Marazzo, is expected to be a volume spinner. "We are bullish on all the three new products, given that these are in segments where we still do not have presence," said Rajan Wadhera, president automotive sector at M&M. With the three new models, the company hopes to garner an incremental 8,500-9,000 units per month, he added. Wadhera did not comment on the initial response to the Marazzo.


Channel checks with company's dealers indicate that the shark-inspired model is attracting rave reviews. "We have been getting encouraging response from all those who have test driven the vehicle. We expect bookings to pick up pace during the festive season," said a Mahindra dealer.


The Marazzo has received decent response across large cities, including Delhi, Mumbai, Hyderabad, and some Tier-2 cities, wrote Yogesh Agarwal, head of research at HSBC Securities, in a September 10 note, adding that currently, there's a waiting period of a month for the model. He, however, added that "so early in the life cycle this may not provide much read-across for sustainable run-rate".

Amid a declining market share in the utility vehicle segment and growing competition from rivals, including Maruti Suzuki India that unseated it from its pole position in the UV segment in FY18, M&M has a lot riding on the Marazzo. With past launches such as the KUV1OO and TUV3OO having done little in resurrecting the company's fortunes, every other new model introduction will be critical and keenly watched. "We have much higher expectations from the upcoming launch of the Tivoli, both in terms of volumes, brand appeal and upgrade," HSBC's Agarwal wrote.


Some believe with manufacturers from Tata Motors, Maruti Suzuki, Hyundai Motor India and newer entrants such as MG Motor India to Kia Motor India looking to populate the UV segment with their offerings, the Marazzo could be a "make or break" product for M&M.


"By the end of this fiscal, M&M would have exhausted most of its weapons in its arsenal and won't have anything new for the next two years," said Puneet Gupta, associate director at IHS Markit, a sales forecasting and market research firm. In contrast, Tata Motors, which has been climbing on the back of models rolled out from its decade-old platform, has yet to fire its best.


The launch of the Harrier -- the first offering from the advanced modular platform (AMP) that will go on sale from January 2019 -- is expected to boost Tata Motors sales further. The new model is part of the company's broader strategy of "winning sustainably" in the passenger vehicle market on a strong pipeline of 10 to 12 new SUVs, hatchbacks and sedans that it plans to launch over the next three to four years. These are expected to help Tata Motors address close to 90 per cent of the market, up from 50 per cent today, Mayank Pareek, president passenger vehicle business of Tata Motors, told Business Standard in an earlier interview.


What adds to M&M's challenges is a diesel-heavy portfolio, which may put it at a disadvantage once BSVI emission norms kick in from April 1, 2020, said analysts. M&M may be readying their line of gasoline engines, but competing with companies that have traditionally been strong in petrol engines will not be easy, said an analyst at a domestic brokerage. M&M's Wadhera said the company is not in a position to comment on the changing landscape on petrol versus diesel as it is mainly about cars. "SUVs are still largely diesel driven," he said. With both companies determined to fight to the finish, the race is wide open.