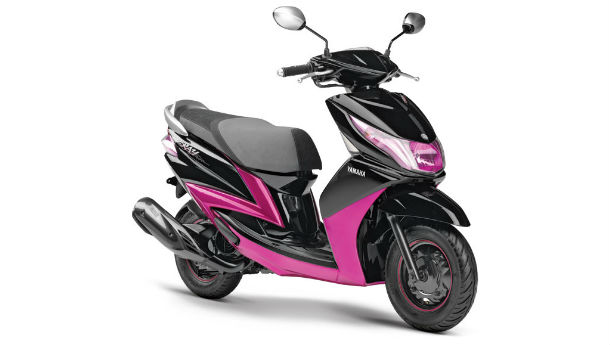 The long-awaited scooter from Yamaha is finally here. The Yamaha Ray can now be yours for Rs 46,000 ex-showroom, New Delhi.

The scooter is powered by a 113cc 4-stroke motor that makes 7.1ps @7500 rpm and puts out a torque figure of 8.1 Nm@5000 rpm. The Ray weighs in at 104 kg, with a fuel tank that can store 5 litres of petrol. Suspension is aided by telescopic forks and stopping power is brought to you by 130 mm drum brakes both in front and at the rear.

Yamaha has taken a rather interesting approach to the entire scooter assembly line - it is operated by women employees only. The company also hopes to target women buyers from urban areas up to the age of 24.


The Japanese manufacturer is going all out when it comes to their scooter assault in India - they plan on staking a claim to 20 per cent share in the domestic scooter market by 2016. Yamaha also plans on focussing their attention on this segment and also 150+ cc motorcycles. Now that the Ray has been launched, the scooter range from the company will gradually increase.