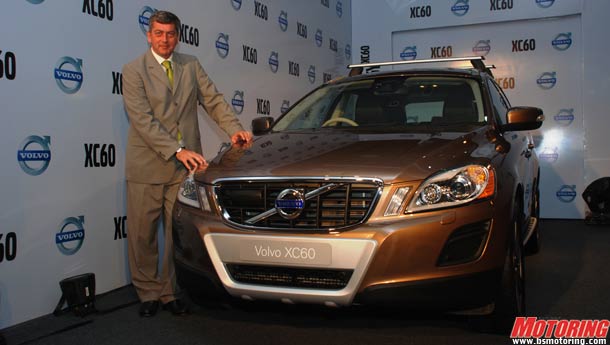 The company plans to deliver 45 units of the new vehicle in January next year.


"We have already received lot of pre-bookings for the XC60 and it bears testimony to the faith our customers have for the Volvo brand," Volvo Auto India Managing Director Paul de Voijs told reporters here.

The company will import the vehicle as completely built units from Volvo's manufacturing facility at Ghent in Belgium.

Besides, the company will also be expanding its dealership network to nine by the end of this year from the current seven.

"Another 3-4 dealership will be opened next year," Voijs said.

Commenting on the Indian market, he said: "This market has the potential to be the fifth or sixth largest car market in the world in future and we are here for the long term."

The Indian passenger vehicle market is estimated to grow 18-20 per cent during this fiscal to touch a total of 24 lakh units.