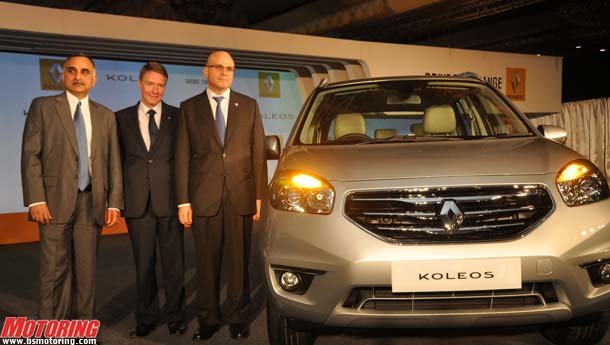 Renault has launched its premium SUV, the Koleos in India. The car is the second from the French auto maker after the premium sedan, the Fluence was launched earlier this year. The Koleos has been built on a 4x4 platform with full-blooded SUV dynamics which promises to deliver the best in class performance, safety and comfort.

The new Renault Koleos (4x4 version) is also equipped with Hill Start Assist, which prevents the vehicle from slipping back on slopes and the Hill Descent Control which automatically holds the vehicle's speed at a maximum of 7kph. Both are activated on gradients of 10 percent or more.