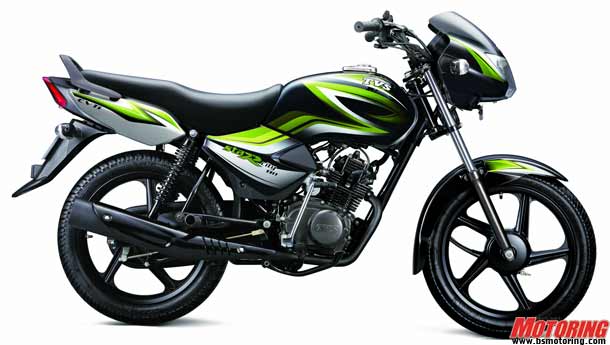 One of India's largest selling 110cc motorcycles, the TVS Star City has just received a host of updates for 2012. For the first time since its launch, the Star City will receive dual tone body colours, a new headlamp and will be available in six different paint schemes.

That's not all. The engine of the new 2012 Star City will employ TVS's ingenious 'Continous Variable Timing Ignition' which supposedly improves acceleration and performance without impinging on fuel economy. This technology utilises a novel confluence of swirl and tumble motion that increases the motion of the in-coming air-fuel charge into the combustion chamber that TVS claims to be almost thrice more than that in conventional port designs.

The company claims a mileage of 83.9 kpl for the Star City, as certified by ARAI under standard test conditions and the base version of this motorcycle starts at Rs 38,650 in Delhi. What's more, the Star City will be sold with a five-year warranty, proving the immense faith that TVS has in this motorcycle's capability and reliability.