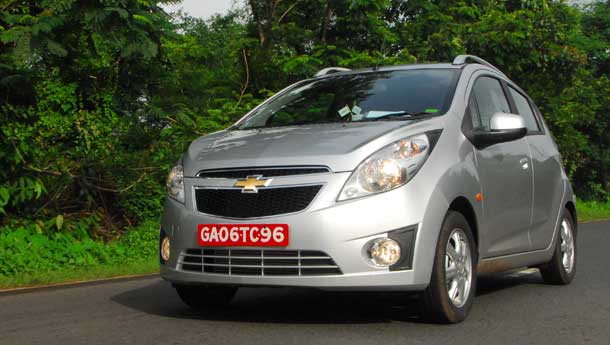 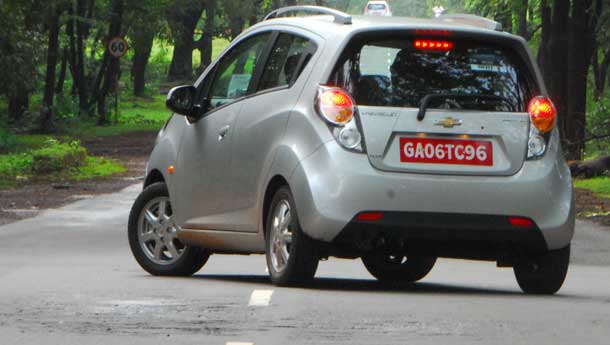 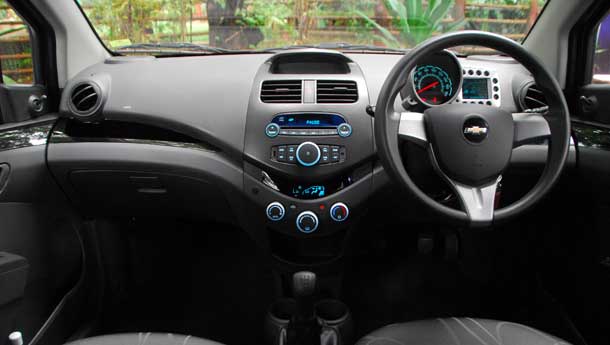 General Motors has launched, what is its first significant model/variant for 2011 in the form of the Chevrolet Beat diesel. The Beat diesel is positioned smack bang in the middle of the B1-B2 hatchback segment at a price that is bound to shake-up the small car market.

Here are the prices of the Chevrolet Beat diesel, all ex-showroom Delhi

GMI claims that the car returns 24 kpl in the ARAI Indian Driving Cycle test. The 957 cc, three-cylinder diesel develops 57 bhp and about 15.2 kgm of peak torque. Derived from the Fiat Multijet diesel, the Beat diesel powertrain is manufactured and assembled at GM's engine plant in Talegaon, Pune where it has an installed capacity of 150,000 units per annum (engines). The engine has been developed by the GM Tech Centre at Bengaluru in conjunction with GM's Powertrain department in Europe.

The Beat diesel is probably the smallest common-rail diesel engine powerplant in a car in the world, of course until the Tata Nano diesel arrives. GMI hopes to enhance sales of the Beat with the launch of the diesel model from the current 2000-2500 units a month to up to 7,500 units a month. This should help GMI end the year with sales of 140,000 units, up from last year's 112,000 units.

GM India now has 250 sales and a very similar number of service outlets across the country as well as 61 Chevy OK points. It plans to expand production at its Halol, Gujarat plant from 85,000 units to 110,000 units. This is being done as GM India is now part of a 50:50 joint venture with SAIC, the Chinese auto manufacturer. The JV will roll out a whole bunch of LCVs, MPVs, people carriers and cars in the next few years, the first of which will be previewed/launched at the 2012 Auto Expo. The Halol plant currently manufactures/assembles the Tavera, Cruze, Optra Magnum, Aveo and Aveo U-VA models.

Meanwhile the company is also planning to double its installed capacity at its Talegaon plant where it assembles the Spark and Beat from 140,000 units to around 300,000 units in the next two years. It plans to invest another USD 500 million in that regard.

READ OUR REVIEW BELOW:

AND OUR IDEA OF WHAT THE COMPETITION IS LIKE....