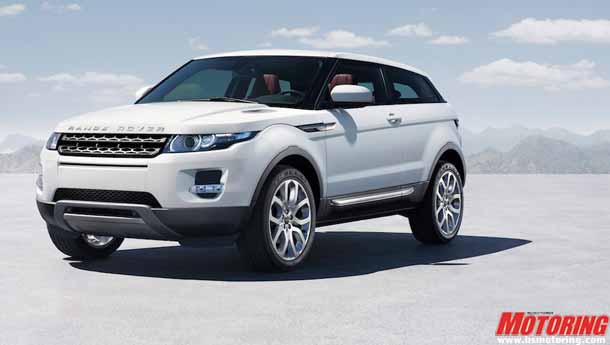 Tata Motors-owned Land Rover today said it has placed 2 billion pound (over Rs 14,600 crore) orders to source components for its forthcoming sports utility vehicle 'Range Rover Evoque' that will hit the roads in 2011.

The announcement of the contracts with over 40 suppliers coincided with the UK Business Secretary Vince Cable's visit to Jaguar Land Rover's (JLR) Halewood facility in Merseyside, where the new SUV will be manufactured.

"This together with today's two billion pound of contract announcements will mean the creation of thousands more skilled jobs in the UK automotive supply chain," JLR Chief Executive Officer Ralf Speth said in a statement.

Earlier, the company had said it would hire 1,500 people at Halewood to support the launch of Range Rover Evoque. The new SUV is among the many offerings in 2011 as part of Range Rover's 40th anniversary celebrations.

"The billions being spent on Evoque is just the start, with 40 significant product actions coming over the next five years. This will mean a high level of investment by us in the future and represents a tremendous opportunity for UK suppliers to work in partnership with JLR to really strengthen the supplier base in this country," Speth said.

"In addition to contracts for component supply, many other companies in the UK will provide facilities and services to support the production of the new Range Rover Evoque," the statement said.

Last year, the British marque had said Range Rover Evoque will carry a starting price tag of 30,000 pounds (about Rs 21 lakh). It will be sold in over 160 countries across the world.

In 2WD technology, the transmission is distributed only to either the front or rear two wheels of the vehicle, while it is distributed equally to all the four wheels in 4WD category. For driving in difficult terrains, 4WD is preferred.

Earlier, JLR had announced investment of 800 million pound to develop environment-friendly technologies with a target of an average CO2 emission reduction of 25% in its entire fleet between 2008 and 2012.

Last month, JLR had also said it would hire over 2,000 people within next two years to increase its headcount by over 11% globally across different positions.