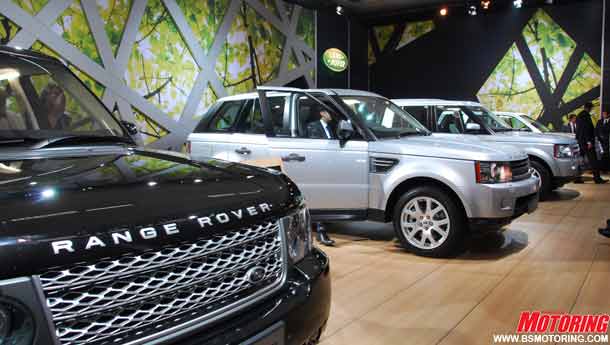 Tata Motors today reported that the Land Rover brand had in March reported its best-ever monthly sales in the British market at a time when global auto players like General Motors are finding it difficult to keep afloat.

The Gaydon (Warwickshire)-based Land Rover brand today reported sale of 11,300 units in March, up 67 per cent over the same month last year.

This is the seventh consecutive month of growth for the brand in the British market and comes at a time when car-makers in the West and Japan continue to reel under the pressure of economic downturn and product recalls.

"Land Rover UK has had an incredible start to 2010. March has seen an all-time record in our home market, which is extremely encouraging," Land Rover Managing Director Phil Popham said in a statement.

He attributed the stupendous growth to the good response received by the 2010 models--Range Rover, Range Rover Sport, Discovery 4 and Freelander 2. "It is the most efficient and technologically advanced line-up of vehicles Land Rover has ever had, ensuring a continued demand for our brand," Popham said.

The brand said the global retail sales have also risen 43 per cent in March, while sales growth during the first quarter of 2010 has been 36.6 per cent, without providing the absolute numbers.

It has shown improved performance in Europe, Brazil, South Korea and China. In the US, which is the second largest market for the brand, March sales were up 23 per cent at 2,975 units, while sales in China jumped of over twofold to 2,000 units.

Tata Motors had purchased JLR from American major Ford in 2008 for $2.3 billion. The purchase was termed as an unwise decision by a host of experts who said the British marquees will take the company to bankruptcy.

While its efforts to secure funding from the British government ended on an acrimonious note, JLR secured over 500 million pounds of funding, including facilities from SBI, StanChart, Bank of Baroda, GE Capital, and Bank of Ireland during the course of 2009.

In February, it had secured another 340 million pounds loan from the European Investment Bank for utilising in research and development.

In an interview to the Wall Street Journal last year, Tata Group Chairman Ratan Tata had termed the acquisition as 'strategic' and 'worthwhile' and said the company would strive to bring the old glory of the brands.