Land Rover has been putting in efforts to improve their product line up and lately have become more aggressive in the compact crossover segment. The result of this aggression is the new Discovery Sport. We checked out this new SUV from Land Rover, to get a feel of what itis all about.


The Discovery Sport comes as a replacement for the Freelander2. At first glance, you will be excused for thinking it to be the Range Rover Evoque, as it looks identical from far, especially the front portion. Though the two share most of the underpinnings, there are many differences between the two. The major difference here is that the the Discovery Sport is a more rugged machine with better off-roading capabilities. Exteriors are line with the Land Rover range and it sports a double slat front grille with a signature offset Land Rover badge and elongated xenon headlamps. The bonnet has the DISCOVERY branding placed just above the grille, to mark it as a part of the Discovery family, the other two being Range Rover and Defender. It has a sloping roof, which is now seen in other Land Rovers as well. It also has 18-inch alloy wheels that add to the handsome stance of the vehicle. 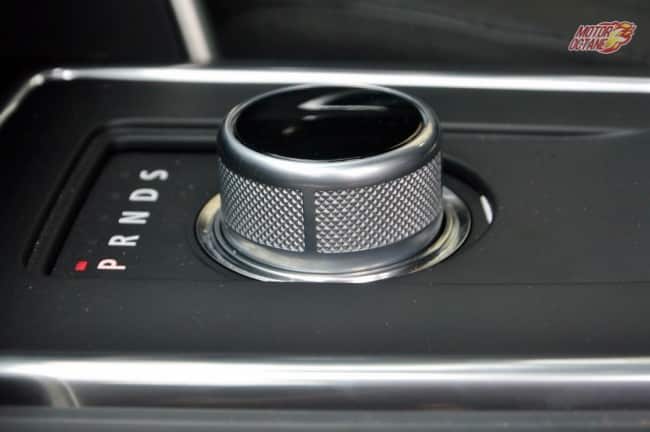 On the inside, the Discovery Sport is straight and simple. Purposeful, yet classy. It cannot be termed very premium but the build quality is solid and built to last. The finish in some areas does feel ordinary. The instrument cluster has twin dials and is lit in white, having a simplistic design. A new centre console comes in place and houses the gear dial which rises for use only when the ignition switch is activated. A new touchscreen infotainment system is seen in this SUV which is easy to operate even while driving, however, it takes time getting used to the interface .The driving position is not very tall but near perfect, and offers good visibility. The seats are firm, well contoured and comfortable. The seats also have electric adjustments. The vehicle over all is pretty spacious and has air vents for all rows. The huge panoramic glass roof further makes it feel spacious. The unique thing here is that every passenger gets a USB charging point which makes it a total of seven USB ports. 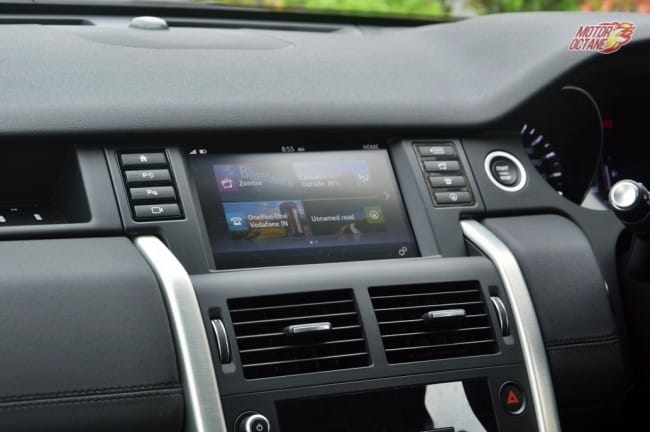 The Discovery Sport is slightly longer than the Freelander 2 and hence it also comes as a seven-seater option. Hence it makes this compact SUV a good option for a larger family. But its only the kids who can occupy the third row comfortably . The seven-seat version gets a space saving spare tyre instead of the full-size spare which is found on the standard five-seat version.

The Discovery carries over its engines from the Freelander2, which are the 2.0-litre turbo petrol and 2.2-litre diesel. The diesel engine is offered in states of tune - 148bhp and 188bhp. The Discovery Sport weighs less than the Freelander2 and therefore has better performance too. The engines are mated to a nine-speed automatic transmission with all-wheel drive.The 188 bhp version, that we got to drive, is very responsive and strong. The engine pretty silent and the NVH levels well controlled. The ride in theDiscovery Sport is supple and Handling is comparable to its competition. It is sprung slightly stiffer than the Freelander2, which can be felt at times over some bad potholes. However, it has a lesser body roll and remains well composed even at high speeds. The steering is light and easy to maneuver, building weight as speed rises. The Land Rover Discovery Sport challenges the BMW X3, Audi Q5, Mercedes-Benz GLA and the Volvo XC60. Its price ranges from INR 53.6 lakhs to INR 72.2 lakhs (on-road, Mumbai). While it compares well with its competition and is at par in most things, it doesnt impart an equivalent luxurious feel. Rather, the Discover Sport differentiates itself as being a more serious, spacious and a skilled off-roader. This SUV will set you apart from the rest.