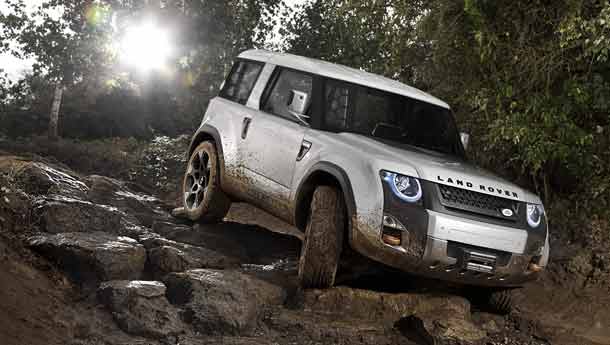 The iconic Land Rover Defender is synonymous with off-roading, utter reliability and ruggedness. Used extensively and with great success in some of the harshest conditions in the world, it’s a legend that will need something really spectacular to replace it. Land Rover’s DC100 Defender Concept aims to be just that. To be unveiled at the upcoming Frankfurt Motorshow, the DC100 is a modern take on the off-roading legend and we quite like what we see here.

The design hasn’t lost its boxy appeal and cleverly blends the original Defender cues with modern-day design sensibilities. Of course, it wouldn’t be as much a no-frills mud-plugger as the earlier Defender but will step up the game considerably in terms of refinement, space utilization and technology deployed. A considerable task on their hands would be to capture the essence and the spirit of the original Defender in the 2015 Defender.

The Land Rover design director, Mr. Gerry McGovern, said replacing the Defender would be one of the biggest challenges in the automotive design world yet. And given that its such an important design, don’t expect it anytime soon – this is just stage one of the four-year long design study that will ultimately reveal the 2015 Defender.