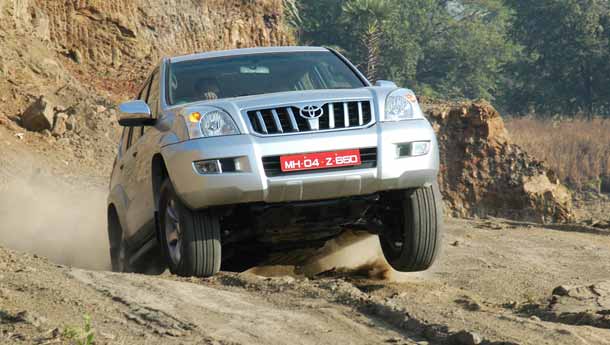 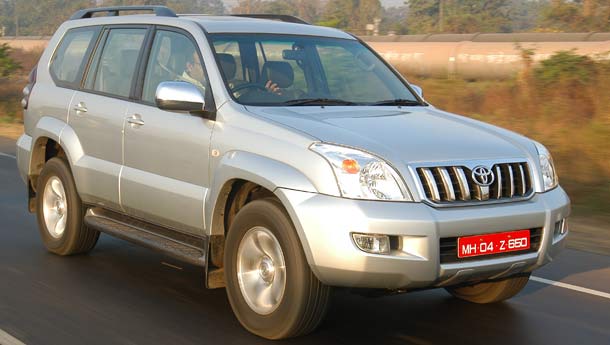 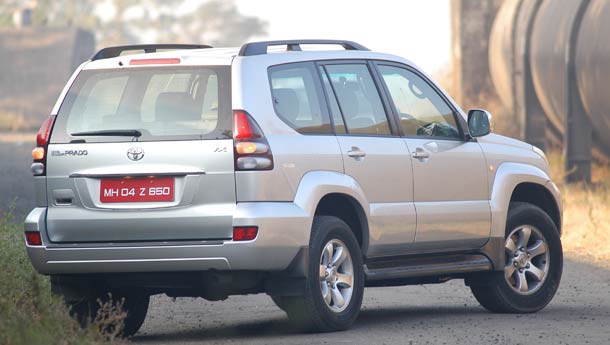 You don’t have to be a Japanese citizen picked up from a Japanese university and employed by Toyota for 20 years to know that they have made a small mistake here. C’mon, the Honda CR-V is outselling everything else in its league in India, and Toyota – the inventor of the invertebrate breed of SUVs – decide to bring on a big behemoth that costs more than double? Am I being too nosy here or is that a decision of the PPDOTAHFDC (Product Planning Division of Toyota and Honda For Developing Countries)? Is it that Toyota don’t want to play spoilsport at the CR-V’s party so that the famed H gives the Corolla a bit of a lead time before launching the Civic? I am sorry, I do smell more than a proverbial rat here – tell me why couldn’t Toyota bring in the RAV4, which would have been a big hit straight away?


But who cares, the big Prado walked away with the Business Standard Motoring Import Car Of The Year 2005 award and the jury included me. So there. I hold nothing against the Prado – actually, it was one of the most no-nonsense automobiles we got to drive last year.

Look at it. Compared to the big momma UN-issue Land Cruiser, which incidentally looks permanently pregnant, the Prado is hep and attractive. Yes, its narrower track is meant to tackle Wall Street rather than wadi-bashing, but this helps in the looks department. I particularly liked the characterful frontal treatment – this machine screams SUV and the effect is oh-so-complete with a Jeep-like seven-slat grille. Pardon the exuberance of auto designers who are taking ‘peeled-up’ headlamps to hitherto unknown levels of unattractiveness though. In profile, the Prado is actually pretty, thanks to sculpted wheel arches – the last time plastic looked good was when PET bottles were first introduced – and the greenhouse that gets a kinked D-pillar. The rear three-quarters would have looked alright too – alas, they went and sourced the taillamps from a toy car maker in China. Or Taiwan. The Indian-spec cars get chromed out rear-view mirrors which do not go well with the rest of the machine. The 17-inch six-spoke alloys only just about fill up the arches, but they look damn good. Overall, the Prado is intimidating enough without being Hummer-esque and funky without looking like a soft-roader.   Get into the car blindfolded and you will be able to say it is a Toyota. No, that is not a negative statement – the touch and feel of materials is top notch and your ears will appreciate the noises made by the doors, indicator switches, and of course, the entertainment system. There is no overload of technology to be seen either, but there are indications that the Prado is in touch with today’s technology. So you can adjust the ride height and select a whole lot of four-wheel drive permutations. I don’t know whether I will miss it in other cars, but the ‘smart accessory meter’ which tells the outside temperature, atmospheric pressure, altitude (trust me), and the optional shift-on-the-fly one-touch wings made me feel like the pilot I always wanted to be. Alright, I made up the wings part, but the rest is complimentary with all Prados along with a clock, compass, fuel economy meter and an average speed calculator (can we take it to the next TSD Raid, Toyota?). An air-damper inside the glove box completes the perfection-overkill somewhat. In short, you need to have a serious problem with the Toyota badge for you to find fault with its interior, and even then you may come up with a tame ‘maybe the elasticity of the knick-knack netting could’ve been better’ line. So!

The Prado gets a silky smooth, Lexus-derived V6 powerpack that makes an immodest 235 bhp at 5200 rpm and 38.7 kgm of torque at 3800 rpm. If only it drank diesel! Again, I really don’t know the logic, but Toyota has decided that the only engine India needs today is one that sips petrol and spews out sheer contempt for the competition through its exhaust pipe. Now, I love this motor. Before you can say ‘the Suzuki Grand Vitara V6 XL-7 is also fun to drive,’ you are cruising at 150 kph with your inner voice telling you that you are crossing your abilities.   Still want numbers? Here goes. 60 kph in 4.7 seconds, 100 kph in 9.7 seconds and a top speed that you’d better advise your chauffeur never to try out. The real-time four-wheel drive transmission alternates between high and low range performance depending on the road conditions, thanks to the Torsen limited slip differential. While we copied the above line from the brochure, we did venture off-road with the test car to see how it coped with slippery, bad surfaces and it came out unscathed. I do have a weakness for low-rev, high torque nature of SUVs such as the Pajero which make me feel absolutely comfortable off-road. So I thought I had to be that extra bit careful not to get carried away and cook things with the Prado – like not to dance around after landing from a 40 kph yump (some tyre got traction, in the nick of time!).

The prospective buyers for this Rs 35 lakh SUV will never get to experience it to its fullest, as they are more likely to stay home when it drizzles, let alone drive their Prado on an off-road course. But if they decide to have some fun, they will discover that the Land Cruiser bloodline is quite intact.

The Toyota electronic modulated suspension (which lets you choose from high, low or normal ride height) will help with most rough terrain that you can summon, and a trick ‘2nd start’ system will ensure that the vehicle will move out of real trouble without wheelspin.

One good reason for any of the above-mentioned to buy the Prado (and one reason why grey market imports were high) is that the Prado makes you feel safe. Yes, it is quite big and only a terrible chauffeur who does not know how to brake and avoid a dog from, say, 120 kph (please train your drivers before they can handle powerful cars!) or a head-on collision with a train can hamper the safety of its occupants. Toyota has been generous with active and passive safety touches like ABS, electronic brake distribution and brake assist system and has endowed it with lots of airbags including a side-curtain airbag that resembles an arctic-spec tent when deployed –may no one ever get to see it!

So there. A well-engineered, nicely designed, brilliantly executed machine that unfortunately doesn’t guarantee exclusivity thanks to numerous examples plying our metroscapes already. That brings me back to my argument – the much smaller, easier on the wallet RAV4 would have been a more exclusive Toyota to be seen in! While we recommend a buy, I can’t help thinking there was something wrong with the model selection here.