Lamborghini LP550-2 Valentino Balboni - Going out with a bang 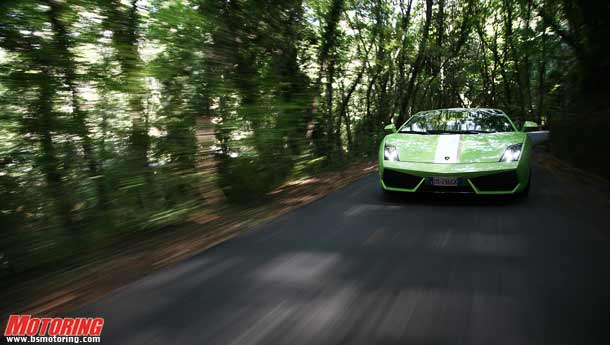 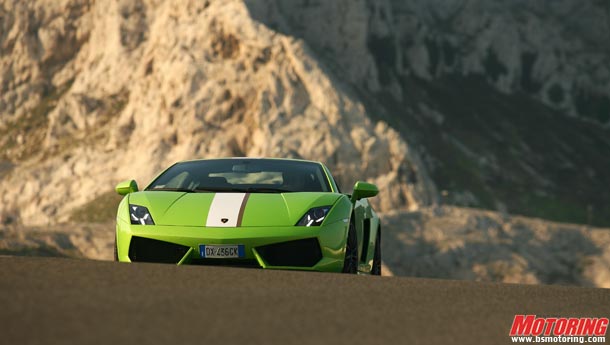 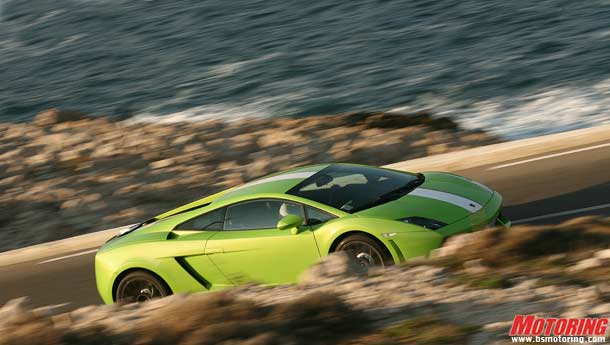 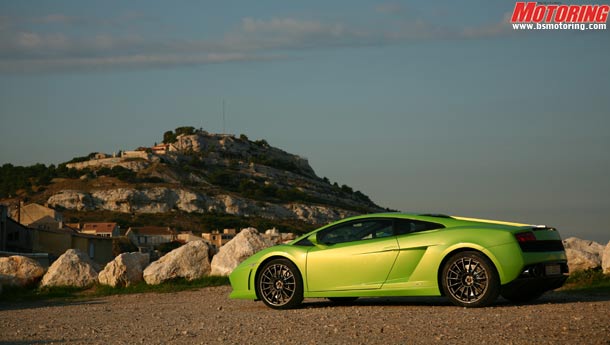 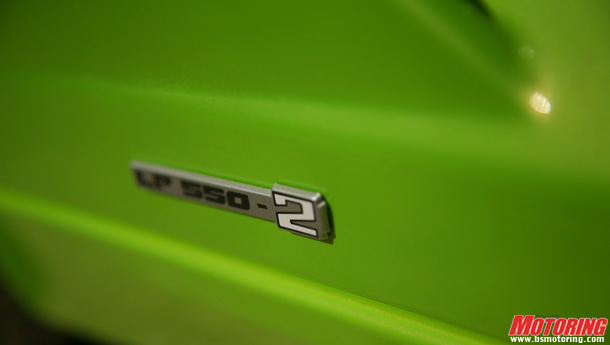 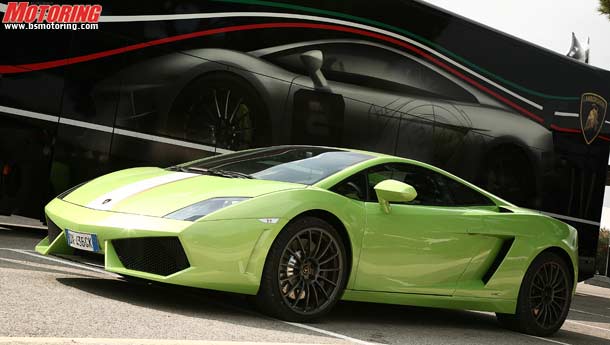 Most retirement parties include a gold watch, inedible food and a few embarrassing tales of how they ended up locked in the toilet on their first day. Valentino Balboni, though, isn’t like you and me. He is an icon, a national treasure in Italy. So he was given a car, and not just any car, it is perhaps the finest Lamborghini ever to wear the badge.

That is the undeniable conclusion as we hit the coast road linking Monaco to Marseilles: exactly where a few of them should head on their regular Sunday blasts. And with the engine roaring louder than ever before, the steering alive in my hands and the car threatening to skip off the road, it became a simple matter of record that this is the most fun there is in its class.

The Lamborghini LP550-2 Valentino Balboni, to use its full name, is the car we have all been crying out for: the rear-drive Lamborghini Gallardo. Named after the test driver who has become synonymous with the brand after 41 years of service, it is a special edition and the official word is there will be just 250. Balboni was quizzed by engineers for a year in their bid to define his perfect sportscar.

Ahead of us lies 800 km of driving down to Paul Ricard in the South of France, to the final rounds of the Lamborghini Super Trofeo gentleman race series. That is 800 km of pure winding Italian roads, the French coastal assault and finally a run up the mountains to fully assess the €162,000 (Rs 1.07 crore approx) fruits of their labours. Not a bad way to spend two days then…

Our bright green Balboni sits outside Lamborghini’s Sant’Agata HQ, with a white and gold Mohican running down its length. It is anything but subtle. It sounds angrier, even at idle, thanks to a free flowing exhaust, one of many modifications to the base Gallardo: stiffer suspension and a totally new setup was required to deal with the lack of front-wheel drive support when the rear starts to slip.   As we pull out of the factory gates, it takes all of one minute to plant the throttle on a long, dusty, typically Italian road that heads out of Sant’Agata. Immediately the car feels tight, stiff and just a little bit nervous. It crashes over bumps and ripples in the road, the back end moves under real power. It might look like the Gallardo, and bar a couple of small badges and the white stripe, it is a carbon copy. But while it looks like the safe and secure four-wheel drive baby Lambo, the Balboni has a sting in the tail.

It hits 100 kph in 3.9 seconds, the same as the LP560 and hammers all the way to its top end speed of 320 kph without pausing for breath. It does come with 542 bhp, 10 less than the LP560-4, but there’s no loss to the drivetrain and the 53 kgm of low down torque and top end power feels more potent now. I keep my foot in past 7000 rpm as that aggressive 5.2-litre V10 hits a near intimidating volume, then there’s a jolt as the next gear slots home and fires the car down the road. This is the safe and secure Gallardo fed on a diet of raw meat and horror movies. And it’s fun, lots of fun.

On the sweeping Autopista bends that separate us from the sea we push 200 kph often enough to know it handles the bends. But unlike the slightly damped response of the LP560-4, it is sudden, immediate and the wheel takes a fingertip grip as all that weight, all that force, is removed from the front end. The diff linking the wheels weighs just 30 kg, but with the front wheels’ role reduced to steering only, the car feels crisp and turns in as well as anything. Understeer is an inevitable consequence of the four-wheel drive system, but now it’s gone; the Balboni turns in like a razor and can be balanced on the throttle.

As the car tightens at the apex it skips over every jolt in the road, reacting perhaps a touch too much for comfort as we turn off the Autopista on to the French coast roads after a brief stop with the Italian Guardia to explain that it wasn’t my car, but I was driving it for a friend who did own it.

The Pirelli P Zeros offer immense grip, but there’s more than enough power to push the rear out of line. Mated to a supremely stiff setup, that means every moment behind the wheel will be a moment to savour – like a posh coffee ad made real.   With the waves of the Med crashing against the rocks on one side, a cliff face on the other and a perfect ribbon of tarmac winding into the distance, this is where this car comes alive. That finger-light steering is still perfect, throwing the nose at the apex with a nudge at the helm. The rear wheels tell the tale, how much power they can take, how early the gas pedal can take the full bore assault and the front wheels start to skip edgily over every ripple as the limit approaches.

It is a tapestry of information now, whereas before, the four-wheel drive meant I could hammer the pedal mid-corner and let the car do the work with a thick gooey layer of electronic assistance. The four-wheel drive deadens the response, now the steering is synapse fast.

This is a real mid-engined supercar now, not the cosseting Gallardo of old and it tugs and nags at the wheel through the bend, with every microcosm of information kicking back through the leather. It’s an involving drive from the second you turn the key and is aimed at the hardcore few that can handle it.

Our car came with the paddle shift e-gear system - the kind of guy that buys a Balboni will want to stick shift through a metal gate the old fashioned way and stick with the more feelsome steel brakes. The ceramics are much better now, but still don’t offer the pedal travel and feel of the cheaper steel alternatives. At 1,380 kg it doesn’t have the sheer bulk to need the ceramics except on track, and this isn’t a track car, it’s about a journey, not apex speed.

As for the looks, there’s a new Ferrari out now and yet the Gallardo’s orgy of straight edges and aggression still draws crowds of kids with camera phones at every gas station. How fast is it? How much does it cost? How loud? How much fuel? The questions flow thick and fast and the wide-eyed amazement shows that the Gallardo has lost nothing in its six years. This is still a very cool car, and now that they have unhooked the drive from the front wheels for the first time since the Diablo SV, 15 years ago, Lamborghini has truly unleashed a monster.

This the best Lamborghini ever, with the driving experience to match its outlandish looks and parent company Audi’s safety-first approach ignored for the first time. The only caveat is that 250 will never be enough. Let’s hope this isn’t just a grand gesture, a retirement gift for Balboni, who stifled a tear at the car’s big reveal. Incidentally the extremely affable test driver’s retirement was forced upon the company by Italian law, but he has a constantly renewable two-year deal as an ambassador. So he isn’t going anywhere just yet…

And nor, we hope, is the rear-drive Lamborghini. Hopefully this limited edition is the first step in a new direction, a fitting tribute to the ragged edge machines of yesteryear. Because they must, must, make more…