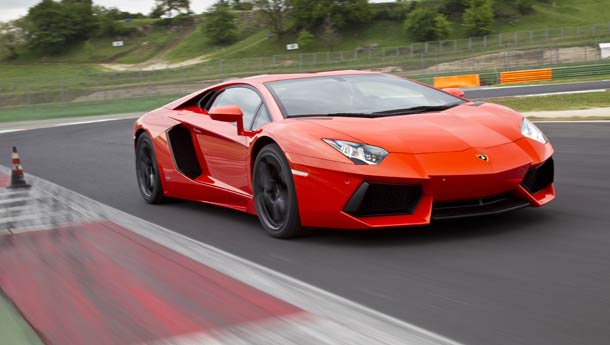 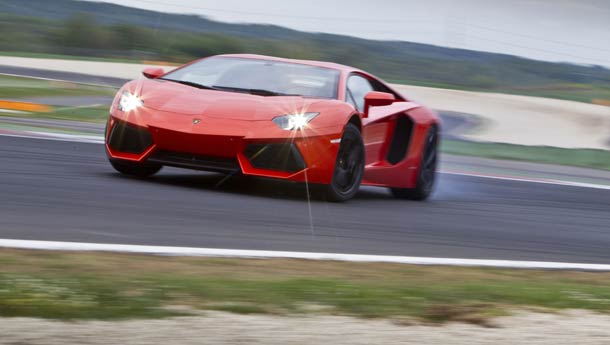 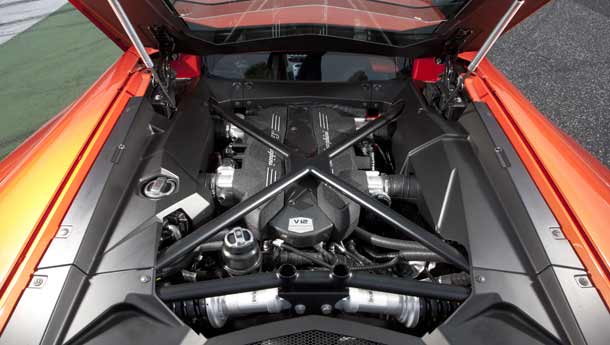 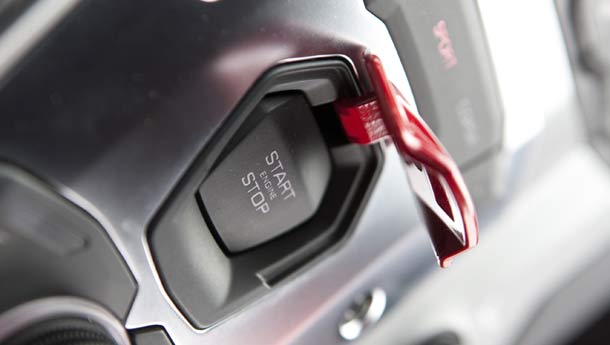 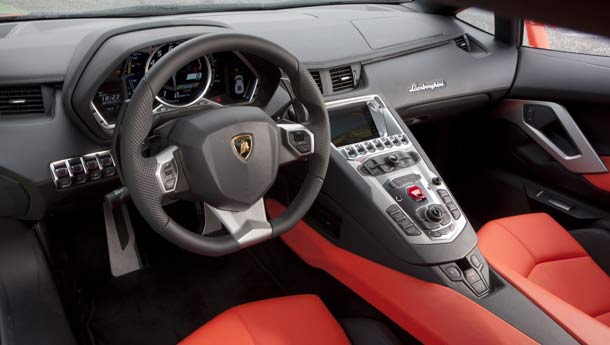 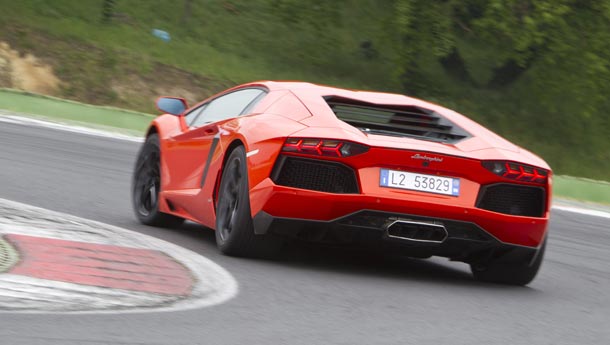 It’s pure drama. At the end of the back straight at Vallelunga, nearing 240 kph, the Aventador isn’t the kind of car you want to mess around with. In Corsa mode, each gearshift is the equivalent of launching a precision-guided bomb – aimed to hurt the driver’s neck. At 50 milliseconds a shift, the Aventador isn’t forgiving and after having tried my repertoire of driving skills (back-off shifts, part-throttle shifts, full-bore shifts), I admitted defeat.

Nothing prepares you for what Lamborghini has achieved with the Aventador. It’s the most deceptive supercar on sale today. One moment, it’s the Grim Reaper, with all those slashes and lack of curves, and the next moment it drives like an Audi R8 – easy to drive and live with. But of course, Giorgio Sanna, Lamborghini’s new Valentino Balboni, hasn’t yet told you that you are still stuck in Spada mode, where the gearshifts feel tame and the car is, well, a large German limousine at best.

It also has enough scoops to keep you interested, especially the ducts just aft of the scissor doors that are probably the largest cooling ducts I have ever seen on a production car. The Y-shaped LED string in the headlamps add to the aggression and yes, those huge spider web wheels just complete the picture of brutality. Like every other Lambo, there are details that are not entirely visible at first, like the four-exhaust tail ends within the aluminium housing at the rear, or the fact that a rear spoiler is deployed electronically, depending on speed and mode.

Lamborghini has also gone ahead and developed a carbon-fibre monocoque, resting on aluminium subframes for the car. A phenomenal 70 per cent of the construction of the monocoque is carbon fibre, with the doors, bonnet and bumper made of aluminium. There is also lots of thermoplastic in places, and when replaced with carbon fibre, the car will be badged an SV! But before that we’ll see the drop-top next year, and it will be really fascinating to see how rigid it can truly be, because Lamborghini claim that the hard-top is one of the most rigid cars on sale today.

Even standing still, the car sounds menacing. The electronically controlled exhaust has a two-stage setup, but crikey, even at low-pitch you feel like you are standing next to a grid filled with Le Mans racers. As the car burbled at Vallelunga’s pit area, I wondered what loud would be like and so rolled out behind one of the pace cars – a Superleggera LP 570-4. At first, it felt calm and composed, but as we exited the pits and Sanna went down two gears in the Gallardo, a game of cat and mouse began. What followed were frantic downshifts, the car leaping forward and letting go of some of its inhibitions. My first reaction was how perfectly light, yet precise the steering is. But what truly amazed me were the brakes. Approaching C2, a right-handed second-gear corner, it wasn’t so much the downshifts that were contributing to shedding the speed as it was the brakes. The carbon ceramic numbers may not have as much feel, but by god do they haul the 1.65-tonne car to sanity.

You go back to the track for one last time, one last high. So you leave it in Sport and enjoy the car as it is meant to be. And boy, does it come together in a manner which shows why Lamborghinis have become poster objects of young men for generations. There is a sense of drama in everything that happens – the gearshifts, the way the grip builds even as the Aventador you are driving is now on its third set of tyres for the day. There is still an explosion every time you pin the throttle and shift the gears, yet Lamborghini has just made the process that much easier, smoother and slicker. The manic power delivery and the loony-ness when you overdo it is more restrained, but it’s every bit the Lamborghini modern-day drivers will learn to appreciate.