With over a lakh of cars booked and sold since its launch in November last year, the success of Renault's Kwid has compelled leading auto manufacturers such as Hyundai and Maruti to relook the design of their future models.

Says a senior official at Maruti Suzuki: "There is a global trend of crossovers penetrating the compact car segment and that body style along with affordable pricing make for an interesting option for Indian consumers. The design for the new Alto is yet to be frozen for India but clearly a consideration of crossover body style is being looked at." 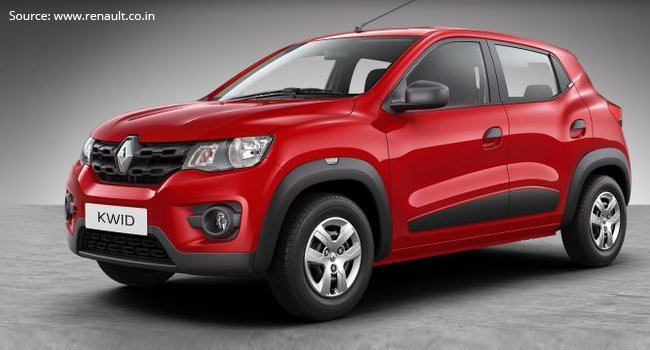 It is learnt that Maruti Suzuki is considering introduction of the next Alto in a tall boy, crossover avatar by 2018.

Hyundai has also started a new project internally called AH that aims to deliver a crossover design in the second half of 2018 to woo entry-level car buyers, sources said. The South Korean car maker estimates potential sales of 95,000 to 1 lakh units with the new vehicle, according to vendors.

Mahindra & Mahindra has created a new micro-SUV segment with its KUV100 starting at Rs 4.5 lakh, calling it an entry-level SUV. Since it's unveiling in November the KUV100 has received around 37,000 bookings. The Kwid starts at Rs 2.6 lakh.

Even as the design of the next Alto is being finalised, the new crossover hatch from Maruti Suzuki, the Ignis, is expected to hit the market in the festive season. The Ignis also has a tall boy design with a high seating position, which will draw the attention of prospective buyers in the sub-Rs 6 lakh bracket, which makes up 35-40% of the overall car market

Kenichi Ayukawa, managing director Maruti Suzuki had recently congratulated Renault and said his company had to launch some counter measure.

The entry level car market that accounts for a fifth of the total annual sales of 5.5 lakh units is a keenly contested one. Interest in this segment had been flagging due to lack of launches but that changed with Kwid's success. It is learnt that that Nissan will be launching Redi-Go from the Datsun stable in June. That car too has similarly aggressive styling.