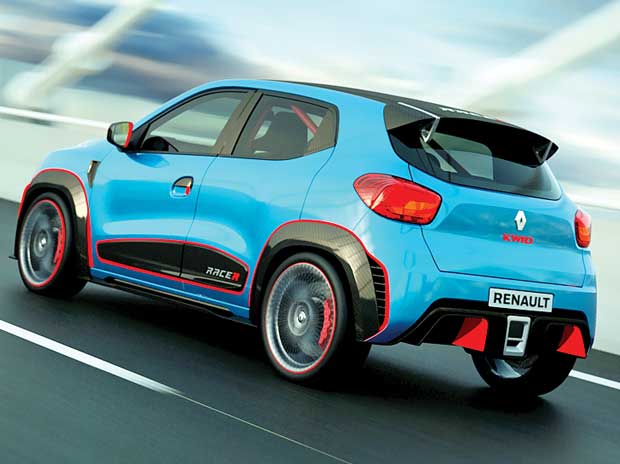 The Kwid and Redi-GO, the two entry-segment cars from the Renault-Nissan alliance factory in Chennai, are like brothers.

They are made in the same plant, share a common platform and most component suppliers. And, the same three-cylinder, 800cc petrol-powered engine; both also enjoy 98 per cent local sourcing of components.

Yet the younger one, Redi-GO, also priced lower, does not seem to have had the same good fortune as the Kwid. Launched by Renault, the latter, styled a mini sports utility vehicle (SUV), has had a runaway success. Within five weeks of its launch in September 2015, the Kwid got bookings for 50,000 units. By now, it has a cumulative booking of a little over 125,000 units, with a waiting period of three to four months.

Nissan’s Redi-GO, positioned as an urban crossover, has completed five weeks with bookings of 10,000 units. Both Renault and Nissan promise a lower maintenance cost compared to Maruti’s Alto and a slightly better mileage, too.

Renault has delivered about 65,000 Kwids so far and the French car maker was in sixth position in the Indian passenger vehicle market during the April-June quarter, against eighth in the corresponding period of 2015.

Another interesting difference is the marketing approach.

The Kwid crossed a cumulative booking of 100,000 vehicles in February this year, without spending on traditional advertising mediums.

It was only recently that Renault launched advertisements featuring its brand ambassador, actor Ranbir Kapoor. While, the Redi-GO started spending on advertisements from the outset. “We created enough excitement with regard to the Kwid much before the launch. We had prepared the dealerships well and staffed them,” said Renault India’s chief executive officer and managing director, Sumit Sawhney, in an interaction last month.

Without commenting on the volume comparison, Arun Malhotra, managing director for Nissan Motor India, said: “We are pleased with the initial response for the Redi-GO. We have over 10,000 bookings and have received close to 80,000 enquiries.”

One possible factor driving Kwid sales is the overall shift in buyer preference from cars to SUVs. New SUVs like the Creta (Hyundai) and Brezza (Maruti Suzuki) have done exceptionally well.

The growth in passenger vehicles (cars, utility vehicles and vans) is also being driven by the rising volume of SUVs.

In the April-June quarter, domestic car sales declined by 1.4 per cent but that of utility vehicles grew 38 per cent. The Indian market is still a nascent one for crossovers.

Sales and service network are important factors considered by buyers. Here, Nissan with the Datsun is ahead with a count of 274 sales and service touch points. Renault has about 210 of these and plans to take it to 270 by year-end.

Abdul Majeed, partner at Price Waterhouse and an expert on the sector, says once a blockbuster product enters the market, it rules for several months, as word of mouth helps in building volumes.

“The next one to come usually finds it difficult to break in, even if it is a very good product.”