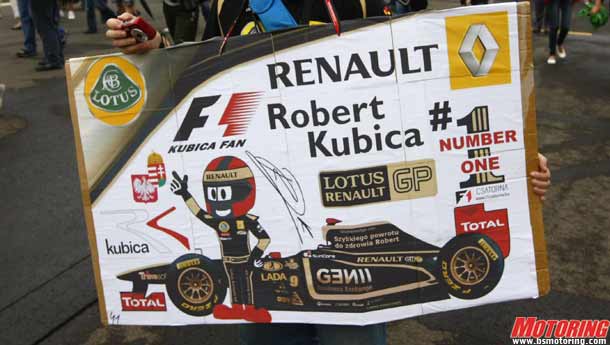 The date was 12th September 1976. The place – the historic racetrack of Monza. Niki Lauda had crossed the finish line at the Italian Grand Prix in fourth place. When he pulled off his balaclava after what had been a rather gruelling race, it wasn’t just the cloth that came off. Along with it, much to the horror of most of the F1 fraternity, came his skin grafts.

You see, Niki had crashed at the Bergwerk corner at the Nurburgring just six weeks earlier. Fellow drivers had battled to get him out of the burning wreck that was his Ferrari. And his chances of survival seemed so bleak that a priest had been called in to his hospital room to perform the last rites. Niki was made of sterner stuff though. Not only did he make a full recovery, he even won two of his three F1 titles post this event.

F1 drivers, it seems, are made of something unusual. Sure their cars have carbon fibre and titanium and the works, but maybe they’ve got some adamantium reinforcing their own bodies. Or so it seems.

Look at Alex Zanardi. After he lost both his legs in a CART race at Lausitzring, the Italian driver didn’t give up. He designed his own prosthetic limbs, drove a WTCC car competitively from 2005 to 2009, and has recently even won the New York Marathon hand cycle division.

And that, given the recent announcements the Lotus / Renault team has just made, brings us to Robert Kubica. The Polish driver has been out of action ever since he crashed heavily in a Skoda Fabia S2000 while competing in the WRC in February. Renault insisted that a seat was always open for Kubica to make his F1 return with them, and Kubica himself insisted that he wouldn’t give up on his goal of getting back into F1. And now, after numerous surgeries, months of rehabilitation, and many ambiguous statements from Kubica’s manager, well, things really aren’t any clearer. He’s not going to be on the grid for the first race of the 2012 season, that’s a given, but whether he’ll be able to jump into a car sometime mid-season remains to be seen.

What we do know is this – if past records are considered and the sheer willpower and determination of that special breed of people is anything to go by – Kubica will drive in Formula 1 again. And he has every chance of being quick on his return. Now to wait and watch and hope for the very best!